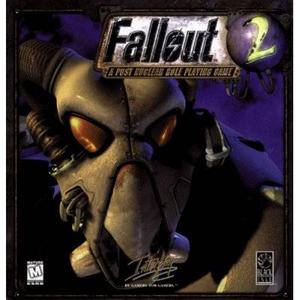 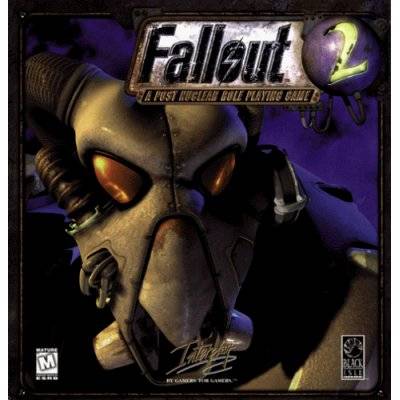 The sequel to the legendary Fallout, starts 80 years after its predecessor. When the First Vault Dweller was forced from his home, he walked north until he found some new friends and found a tribe in a suitable place. But some years after his death, the tribe, your tribe is also dying. The Elders decide you are the chosen one and you have to find the salvation, G.E.C.K. (short for "Garden of Eden Creation Kit"). Sadly your only clue is the ancient disks the Vault Dweller left. And your only equipment is his clothes and PipBoy. With courage and determination you leave to save your village, unaware of the consequences your actions will carry.

More talking faces, more dialogue options, a larger world, more easter-eggs, more equipment and weapons, more NPCs and even a car to drive at your leisure awaits you. Of course there are more deadlier enemies as well. 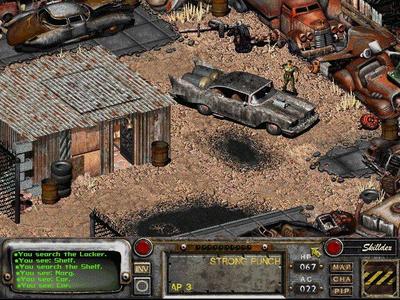 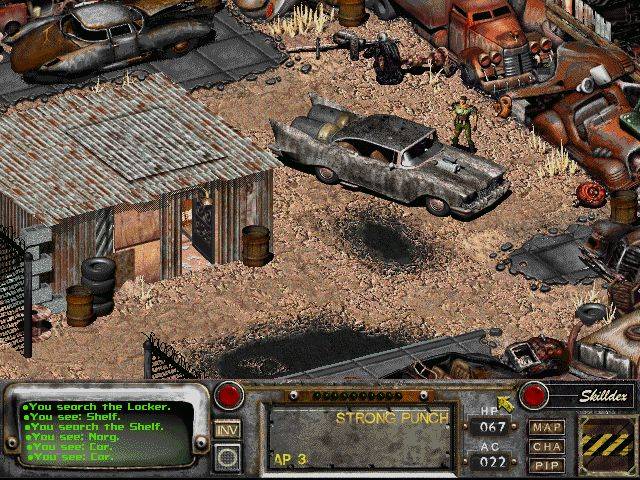