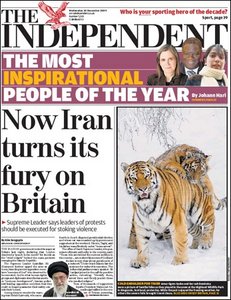 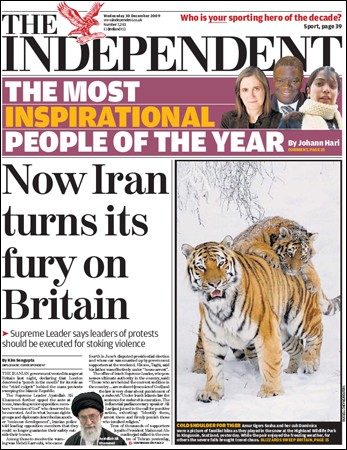 The Independent is a British newspaper published by Tony O'Reilly's Independent News & Media. It is nicknamed the Indy, while the Sunday edition, The Independent on Sunday, is the Sindy. Launched in 1986, it is one of the youngest UK national daily newspapers. The daily edition was named National Newspaper of the Year at the 2004 British Press Awards. Originally a broadsheet newspaper, since 2003 it has been published in a tabloid format.

and found other magazines on my Blog