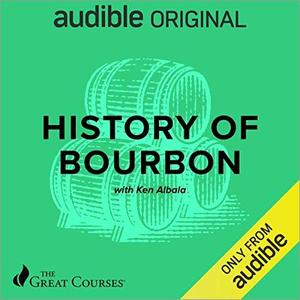 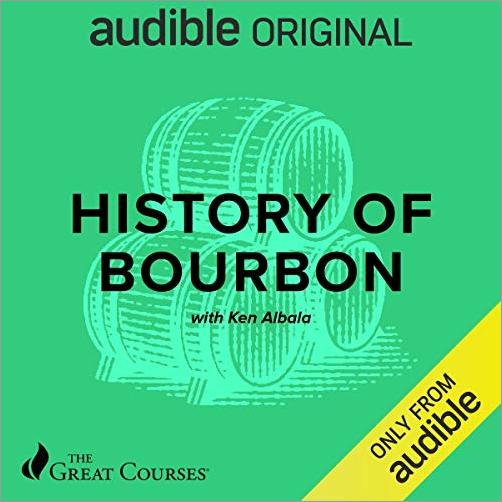 Is bourbon the quintessential American liquor? Bourbon is not just alcohol—the amber-colored drink is deeply ingrained in American culture and tangled in American history. From the early days of raw corn liquor to the myriad distilleries that have proliferated around the country today, bourbon is a symbol of the United States.

This course traces bourbon's entire history, from the 1700s, with Irish, Scottish, and French settlers setting up stills and making distilled spirits in the New World, through today's booming resurgence.

On their tour of bourbon's fascinating, turbulent, and uniquely American evolution, listeners will explore the mysterious origins of the whiskey’s name and meet the men and women who have been championed as its inventors and made it so popular - from Daniel Boone's cousin and Baptist minister Elijah Craig to Jacob Beam and Evan Williams.

In this 10-lecture journey through the story of an undeniably American libation, listeners will:

Hear the stories behind the earliest bourbon whiskies right up to the current "bourbon bubble"
Learn how a contemplative spirit went from agricultural product to industrial commodity
Explore how - and why - bourbon played such a large role in the years of the early republic
Get the facts on when and why Congress passed whiskey-protection laws
Discover the surprising importance of bourbon distilleries during World War II, when the spirit became war material
Go inside the Golden Age of Bourbon - a remarkable proliferation of new brands and niche markets happening now
Witness the growth of brands like Jim Beam, Heaven Hill, Bulleit Bourbon, and Old Taylor
Gain insights into why distilled spirits, like clothes and cars, project a message about who we are and the cultures to which we belong