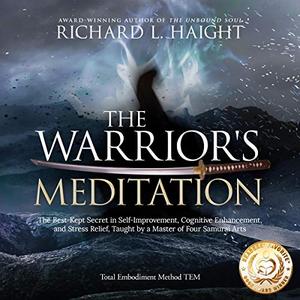 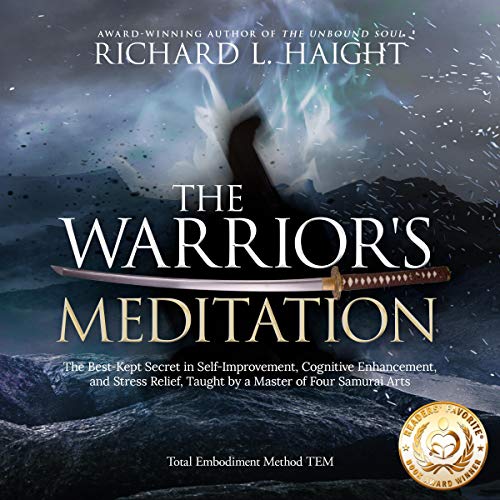 Discover the original, instinctive, nonreligious form of meditation that has been lost to the world. Richard L. Haight, award-winning author of The Unbound Soul and master of four samurai arts, shares the best-kept secret in self-improvement, cognitive development, and stress relief, which he calls the "warrior's meditation".

For people of all backgrounds, genders, and ages.

To get a picture of the "warrior’s meditation", imagine a battlefield scenario with a single samurai standing, surrounded by multiple opponents. A novice’s attention would jump from opponent to opponent in an anxious attempt to defend himself. Such a strategy soon tires the warrior, who will be defeated. An expert warrior will spread his attention evenly in all directions but still experience anxiety as he mentally plans his strategy. His thoughts and anxiety may be his downfall if his opponents are truly skilled. A master’s attention, like the expert’s, is spread evenly, but he remains as calm as the surface of a still lake. With no predetermined idea of what his actions might be, his body takes the right action without a single thought.

You may wonder how the samurai’s experience bears any resemblance to your modern life. After all, no armies or assassins seem to be trying to attack you or your town. In one way, we modern people are not so different from the samurai. With our busy lives, we don’t have time to spend hours a day in meditation. Instead, we need a meditation that allows our actions in a high-pressure, fast-paced world to flow from a depth of awareness. The Warrior’s Meditation helps you access and express from that depth naturally.

Open your eyes to incredible, new depths of awareness that help to bring out your greatest inner qualities - begin listening to The Warrior's Meditation today!