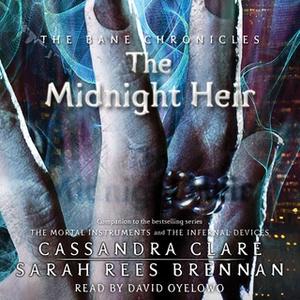 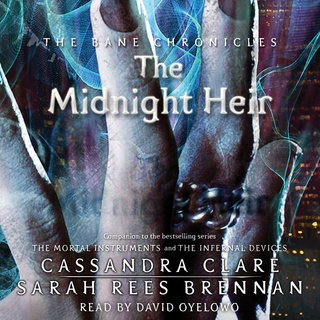 In Edwardian London, Magnus Bane discovers old friends and new enemies… including the son of his former comrade Will Herondale. One of ten adventures in The Bane Chronicles.
Magnus thought he would never return to London, but he is lured by a handsome offer from Tatiana Blackthorn, whose plans - involving her beautiful young ward - are far more sinister than Magnus even suspects. In London at the turn of the century, Magnus finds old friends, and meets a very surprising young man… the sixteen-year-old James Herondale.
This standalone short story illuminates the life of the enigmatic Magnus Bane, whose alluring personality populates the pages of the #1 New York Times bestselling series The Mortal Instruments and The Infernal Devices. This story in The Bane Chronicles, The Midnight Heir, is written by Cassandra Clare and Sarah Rees Brennan.