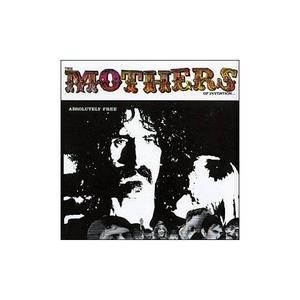 1. Peaches En Regalia
2. Willie The Pimp - (with Captain Beefheart)
3. Son Of Mr. Green Genes
4. Little Umbrellas
5. Gumbo Variations, The
6. It Must Be A Camel

Having temporarily disbanded the Mothers Of Invention, Frank Zappa recorded this exceptional solo album. His group was renowned for musical satire, but here the artist opted to showcase his prowess on guitar. Aside from "Willie The Pimp," which features a cameo vocal by Zapppa's old friend Captain Beefheart, the set is comprised of instrumentals. The players, including Don "Sugarcane" Harris, Jean-Luc Ponty, and Ian Underwood, are uniformly excellent, combining to provide a solid jazz-rock platform for Zappa's compulsive soloing. Here the guitarist relishes a freedom which, while acknowledging past achievements, prepares new territories for exploration. As such, HOT RATS was a pivotal release in Zappa's oft-misunderstood career.