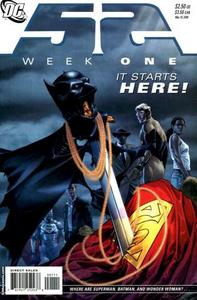 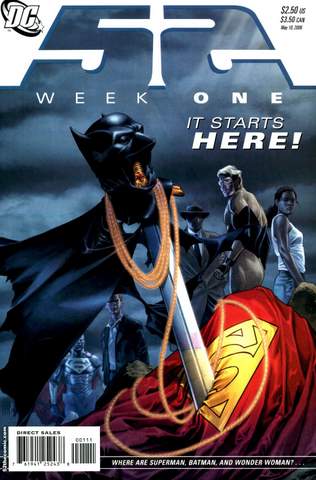 52 consists of 52 issues, published weekly for one year, chronicling events that took place during the missing year after the end of Infinite Crisis. Once the Crisis was completed, DC used the One Year Later event to move the narratives of most of its DC Universe series forward by one year. The weekly series 52 began publication in May 2006, and depicts some of the events which occurred between Infinite Crisis and One Year Later. The series covers much of the DC Universe, and several characters, whose disparate stories interconnect.