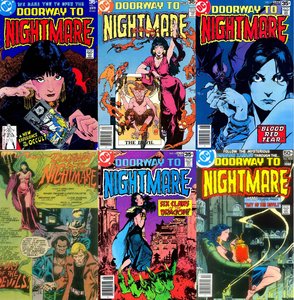 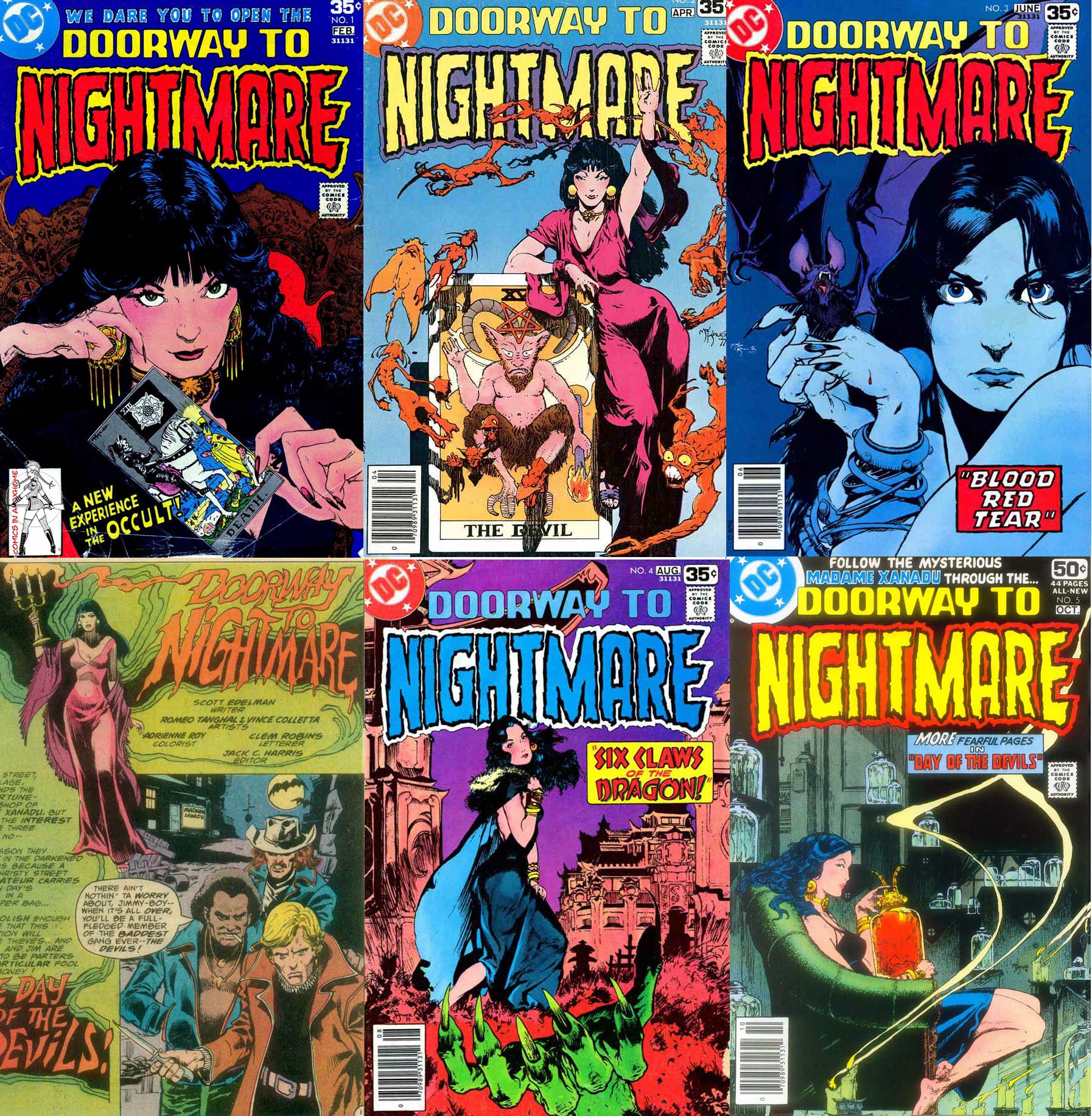 Although she functions solely as the hostess for this comic book series, Madame Xanadu will eventually become one of the more well-known mystic figures populating the DC Universe.
The character was designed by cover artist Michael William Kaluta at the request of Joe Orlando (editor), based on Kaluta's unnamed host character (later known as Charity in the pages of Starman ) from the DC Comics mystery title Forbidden Tales of Dark Mansion (seen only on that title's indicia page) and the person of Cathy Ann Thiele.
The original storyline was developed by David Michelinie and Val Mayerik. – Wiki