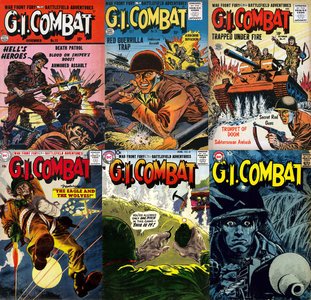 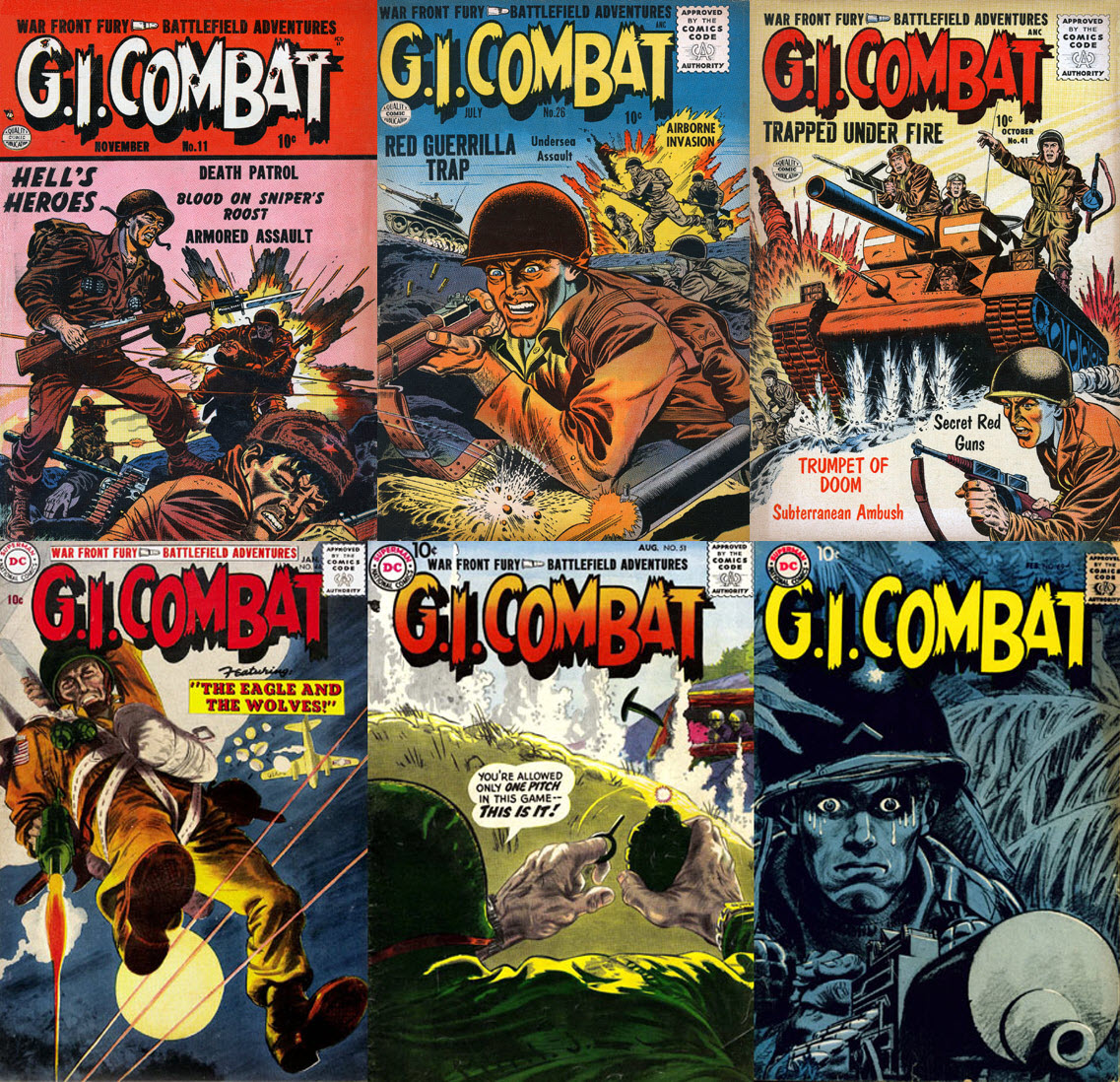 G.I. Combat was a long-running comic book series published first by Quality Comics and later by DC Comics.
The focus of the book was on stories about American soldiers or G.I.s. Initially, the stories involved Cold War adventures with strong anti-Communist themes, but over time the focus shifted to tales from World War II, and most of the stories after Quality ceased publishing the title were set during this period. As with other media, the World War II setting was sometimes used to discuss themes pertinent to contemporary conflicts such as the Vietnam War.

The first issue of G.I. Combat was published in October 1952. When DC Comics acquired the rights to the Quality Comics characters and titles, they continued publishing the series starting with issue #44 (January 1957). G.I. Combat was one of very few titles that NPP continued publishing, along with Blackhawk, another war title. Many notable writers and artists worked on G.I. Combat during its run, including Robert Kanigher, who also edited the title, Joe Kubert, Jerry Grandenetti and Neal Adams.

Each issue of G.I. Combat was an anthology book composed of several short comic stories, a format that continued throughout its run. There were several recurring features in the DC Comics version of the title, including most notably "The Haunted Tank", which first appeared in issue #87 (May 1961) and ran until 1987. The Losers' first appearance as a group was with the Haunted Tank crew in issue #138 (Oct.-Nov. 1969), in a story titled "The Losers". Other recurring features included "The Bravos of Vietnam" (about U.S. Marines in the Vietnam War) and late in its run, a return to Cold War themes with a short-lived recurring feature about 1980s mercenaries. Beginning with issue #201 (April-May 1977), G.I. Combat was DC's only war comic to be upgraded to its "Dollar Comics" line, with additional pages of content beyond the then-standard 32-page format. The Dollar Comic format was used through issue #259 (November 1983). The series continued in a 52 page giant-sized format through issue #281 (January 1986) before returning to a standard 32 page size with #282 (March 1986).