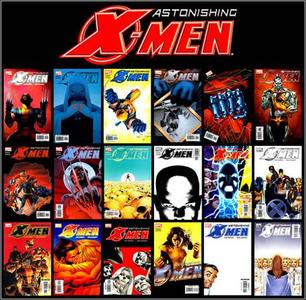 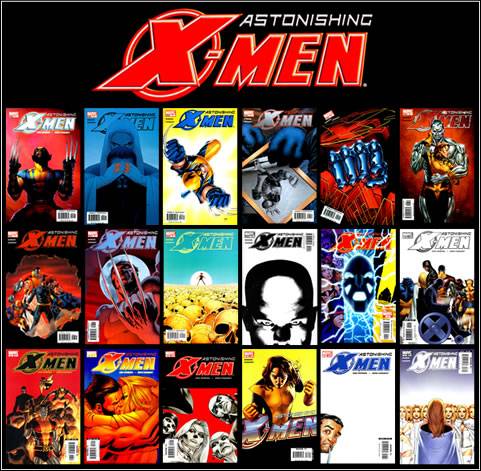 
Astonishing X-Men is the name of several Marvel comic book series featuring the superhero team, the X-Men. In 2004, Marvel used the title Astonishing X-Men for the latest ongoing X-Men series written by Joss Whedon and illustrated by John Cassaday. It is a continuation of the New X-Men title and features a similar line-up of characters, including Cyclops (as team leader), Emma Frost, Beast, Shadowcat, and Wolverine.

"Gifted" (issues #1-#6) - The first story arc focuses on the gathering of this particular team of mutants. While trying to save a group of hostages, the X-Men come up against the alien Ord. At the same time, a press conference is held to announce the discovery of a 'cure' for mutants. While investigating both of these incidents, the X-Men reunite with Colossus, who had been resurrected by Ord's alien technology to help find the 'cure.'. With Colossus' help, the team takes down Ord, but not before it is revealed that a mutant (probably an X-Man) will destroy his home planet - the Breakworld - within the next three years.

"Dangerous" (issues #7-#12) - The team fights a murderous, self-aware personification of the "Danger Room" training facility, coined "Danger". The fight takes them to Genosha where, with the help of Charles Xavier, the X-Men are able to defeat Danger for the time being.