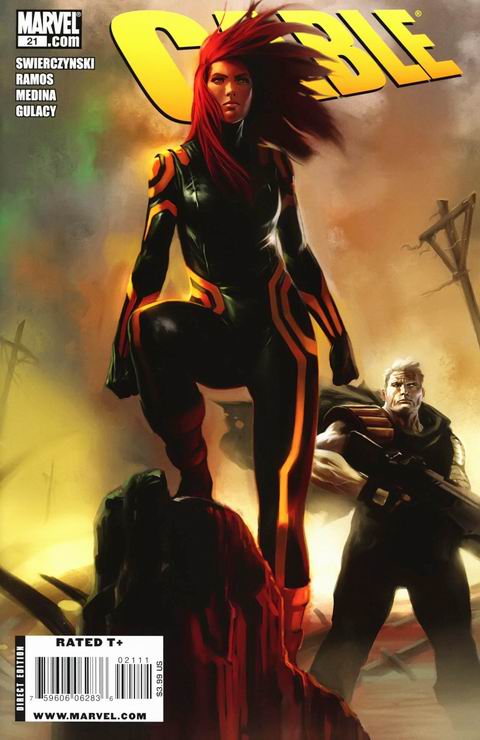 Volume 2 is an ongoing comics series that directly follow the events of , a crossover about the X-Men which ran from October 2007 to January 2008, published by Marvel Comics. The story is the climax of events that began with , which led to the decimation of mutants in the Marvel Universe and the middle chapter of a three-part saga, which continued in a seven-issue crossover with X-Force, . Reminiscent of the well-known Japanese manga Lone Wolf and Cub, the series follows X-Man and title character Cable, who is charged by Wolverine with the protection of the Messiah child, the first mutant born after the M-War, and their time travel adventures. The dangers of the future, highlighted by their pursuit by the mutant known as Lucas Bishop are balanced with the humor of "Cable the Soldier" becoming "Cable the Nanny." Issue #21, released December 16, 2009 starts the storyline that will lead into the next chapter in the Messiah trilogy.

From the moment Cable jumped into the time stream with the infant "mutant messiah," he's had only one goal: keep Hope alive until she can choose her own destiny. But now, stranded on a planet in its death throes, eating fried rat on a stick for the millionth time, Hope turns to Cable and tells him she's ready to go home. Thus begins "Homecoming," the penultimate chapter in the X-Men saga that began with "Messiah CompleX." It's not only zero hour for Cable and Hope, but also for the mutant hunting them, Lucas Bishop, who is rapidly running out of chances to save mutantkind and the world. Because if Hope does make it back to the present, everything changes for the X-Men. --