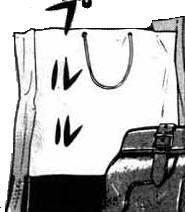 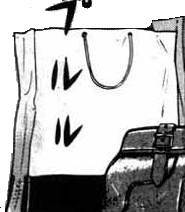 Regular Guy. Regular Girl. Regular City. Then the bag thumped on the floor
Then the doorbell rang . . . 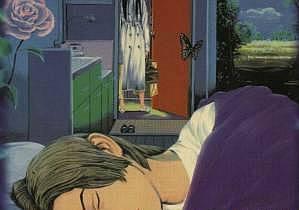 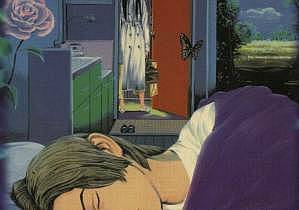 A confession before I begin - I don't like manga much. There's just something about the stereotyped characters, the over dramitised emotions, the cookie cutter artwork, the regular-joe's cast (widetoothed comedians, intense overdramtic kid hero, the gape toothed elders ) - the wanton cuteness that dominates throughout that leaves me with a very cheesy feeling. Just soap opera-ic grape juice passed around in diffrent cans each time around.

Admitedly I've had only a little exposure to the genre - and would love to hear from you about better reading suggestions - but thats how I feel. This message is for those readers with similar sentiments - to point out these are the exact reasons not to pass on this book.

Zashikionna has the staple diet of the usual suspects. Charcters so stark thin in individual personality they could only throw a grey line for a shadow and on the flip side, charcters so predictable you immediately sink into the story. Normal characters who provide an excellent, mute sticken contrast to the creepy and scary events that stealthily grabs them all .

Artist / Author Minetaro Mochizuki magic works by subtly tapping into the innermost fears of the urban psyche of the lone city resident. In the concrete hive of the modern city ( contemporary Japan a great example), we are often compelled to live in proximity with strangers. More unsettling for some than others, we all, at some level, compensate by developing a social shield putting others at bay and purpotedly protecting us from the percieved threat from that strange shuffle of shoes down the corridor, that flicker in the shadows by the lamplight , that glint in the strangers eye that could hid so much malice beneath.

Mochizuki does an excellent job of freezing and capturing this background track of city life and the shrill, urban sound bites that masqerade as warm invitations, but subconciously threaten and wreck. The street chatter that exposes our raw vulnerability at the end of the day.

Having never been actually released in English, this is a release scanned and translated by the team of Winmx,omera, Jinchi and Phaust. Each page should be read from right to left. Of importance are the audio cues sprinkled in the margins - these are the real ghouls of the story and form a large part of the unsettling atmosphere. Don't miss them.

Volumes 1 to 7 have been released so far by the team. I will post the rest when they are released.