There is a story behind every goal. You're Rocco Galliano, the existentially troubled manager of a struggling football team. Train players, choose your own narrative, survive the drama, and play turn-based football matches via tactical cards and hard choices.

About This Game
In Football Drama, you are Rocco Galliano, the Marseillaise new manager of Calchester Assembled Football Club.

After the abrupt ending of your coaching career seven years ago, the hysterical attention of the press quickly faded. But struggling results by Calchester FC convinced Boris Aluminovitch, its billionaire president, to axe the previous beleaguered manager and give you a new chance.

Will your raucous shouts from the bench change the fate of the team? Will you find wiseness and karma leadership with the help of the Book of Changes? Will your shady past reach back to you and make you crumble?
Chances that you can make it through a full season are slim. Corruption, crime, drugs and romance are all paths that you may take - for better or worse.
This is the only football game where you may lose the championship and win the game! 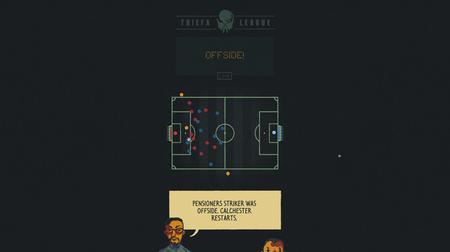 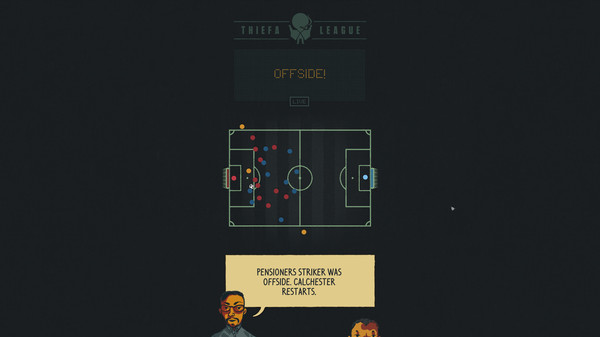 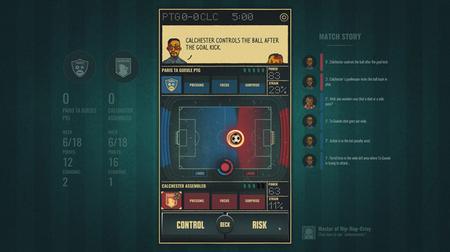 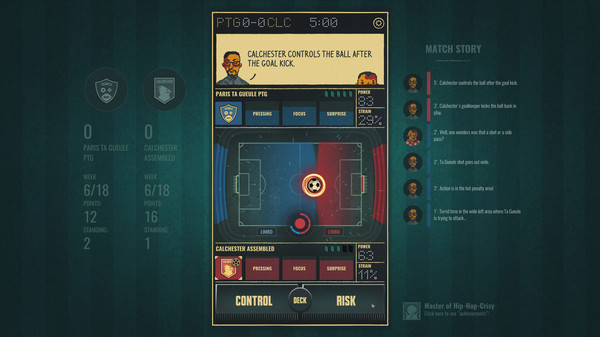 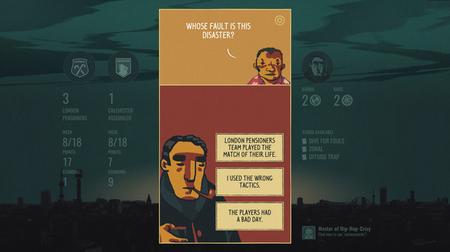 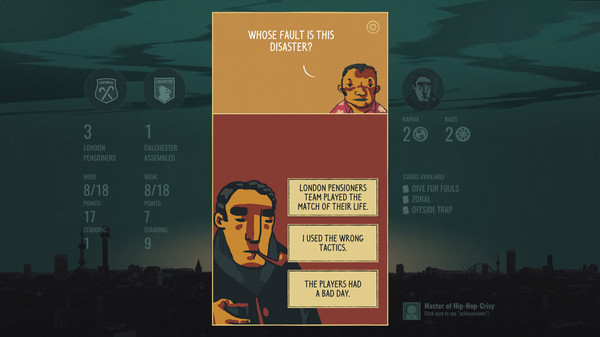