The surface of Mars is littered with Humanity’s failed attempts to colonize its surface. This time will be different – this time there is no room for human error.

New eventsFight with new natural disasters like tsunamis, and deal with the new flood mechanic! Help people to leave sinking ships or survive flash flooding. Challenge yourself with the new scenarios.

The Supporters Pack allows you to show your support to the developers, and encourage them to create even more awesome content.
Action Adventure Indie PC Game Simulation Strategy
Details

Blackthorn Arena Path of Kiren (2020)
PC Game | Developer: PersonaeGame Studio | Publisher: PersonaeGame Studio | 20.1 GB
Languages: English
Genre: Indie, RPG, Simulation, Strategy | Release Date: 25 Dec, 2020
The ronin from the distant eastern lands, the Kiren Sect, traveled west to set foot in the Freelands and opened their dojo here. They have unique weapons and armor and use sword moves and unique concealed weapons unheard of by any Freelanders. Are these people friends or foes? What is their purpose for coming here?
PC Game Simulation Strategy RPG
Details

Gears Tactics Jacked (2020)
PC Game | Developer: Splash Damage, The Coalition | Publisher: Xbox Game Studios | 27.7 GB
Languages: English,French,Italian,German,Spanish,Japanese,Korean,Portuguese,Russian,Simplified Chinese
Genre: Strategy | Release Date: 28 Apr, 2020
Gears Tactics is the fast-paced, turn-based strategy game set 12 years before the first Gears of War. Cities on the planet Sera are beginning to fall to the monstrous threat rising from underground – the Locust Horde. With the government in disarray, a squad of survivors emerge as humanity’s last hope. Play as Gabe Diaz, recruiting, developing and commanding your squads on a desperate mission to hunt down the relentless and powerful leader of the Locust army: Ukkon, the mastermind monster who makes monsters. Against all odds and fighting for survival, outsmart your enemy in uniquely brutal, turn-based tactical combat. Experience the intensity of one of the most-acclaimed video game sagas in an exciting new way.
PC Game Strategy
Details

Waiting For The Raven (2020)
PC Game | Developer: Musclebird | Publisher: Musclebird | 889.4 MB
Languages: English
Genre: Indie, Simulation, Strategy | Release Date: 22 Dec, 2020
Become Master of Spies, plant your connections, associates and agents in the underworld and slowly take control over the city.The many tools in your disposal include treachery, espionage, abduction, influence, murder, schemes, plots, bribes, seduction, even the law. Use and abuse them in any way you fancy.Are you a cruel boss of the underworld? Leader of a cult? Greedy and witty businessman? Maybe a secretive spymaster which exists only in rumours of myth? The approach you take may dictate eventually how everyone sees you in this cold-hearted world of espionage and treachery.
Indie PC Game Simulation Strategy
Details 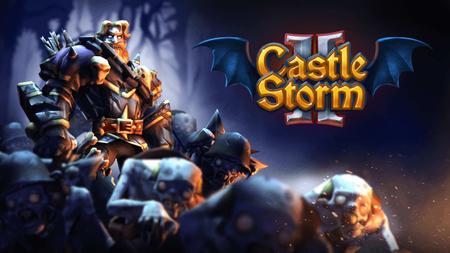