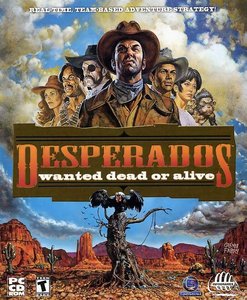 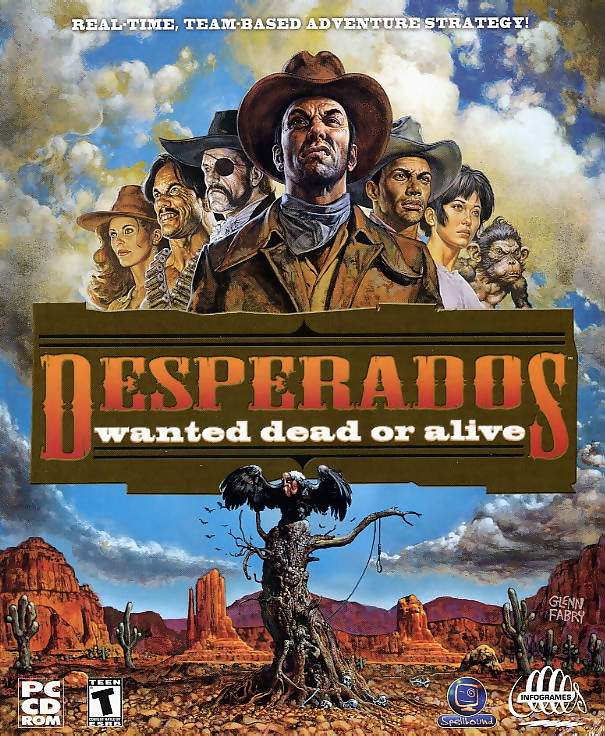 In this top-down/isometric western strategy/adventure game you acquire a role of John Cooper, a lone rider. Skilful with your gun and knife, shaved not, you'll wander towns of an old west, passing the Mexican gringos, fight the army, and rescue your future to be partners. All in the cause of justice. Hired as a bounty hunter to end these railroad raids and train robberies, but whoever walks the path of justice on the wild wild west, has to be framed for something, even if it's a murder. Now that you barely managed to escape, your name must be cleared.

As you go along the game, you'll meet certain characters that will join your team, Sam Williams, your team expert for dynamites, charming and seductive red haired Kate O'Hara, Mexican outlaws Sanchez, and a few more. You'll travel together as a team throughout 25 levels of 3D pre-rendered wicked wild west. 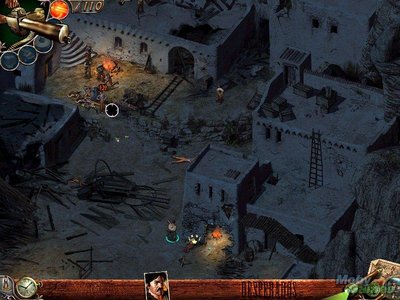 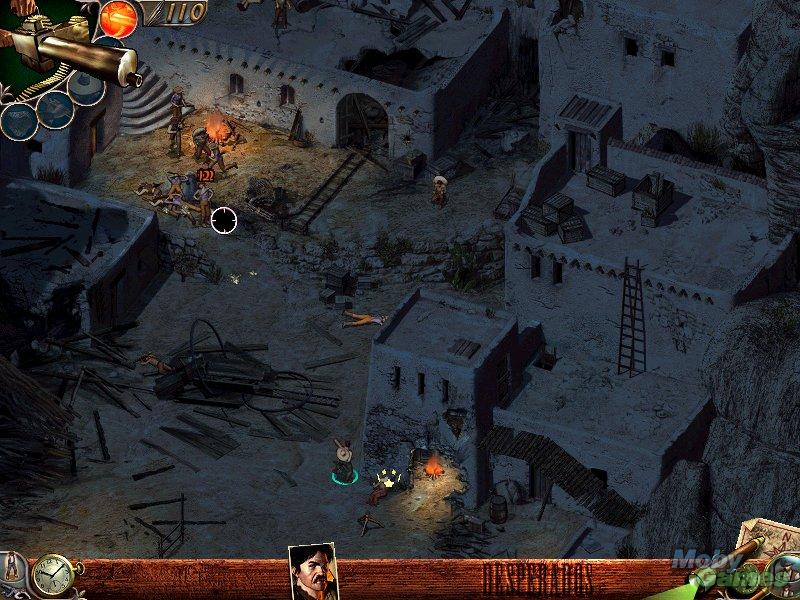 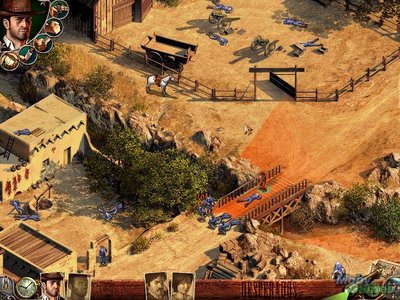 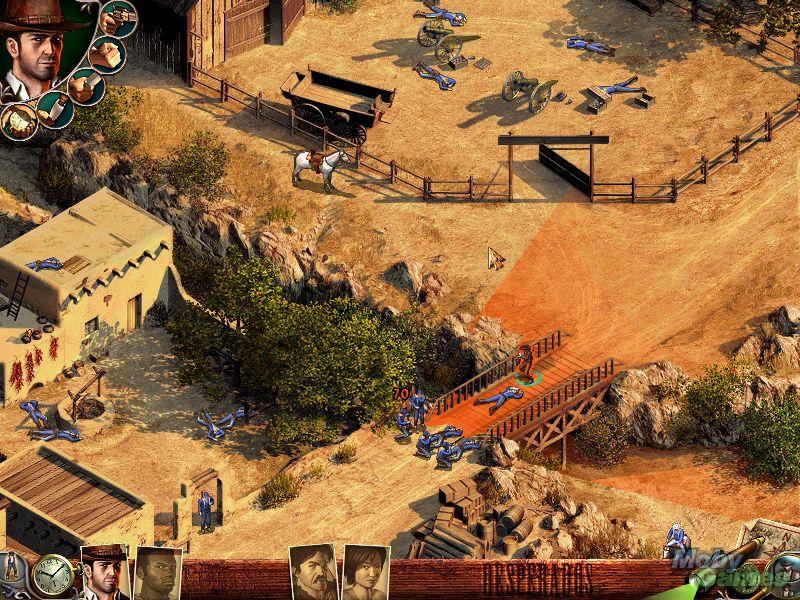