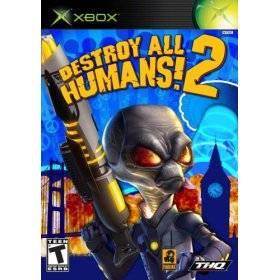 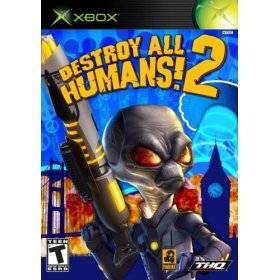 Destroy All Humans 2
XBOX | 2.2 GB
“Destroy All Humans! 2 is the sequel to the widely acclaimed hit! The irreverent sci-fi action to the Swinging Sixties with new and improved game features, open-world gameplay and co-op multiplayer. Go back to the days of Free Love, the Cold War and other 60's era icons. Use an upgraded arsenal of weapons and enhanced mental abilities to battle a variety of enemies from secret agents and giant creatures, to Soviet Forces and alien warriors. Turn the tables on traditional sci-fi action games by playingthe Alien and taking on the most feared enemy in the galaxy – mankind.”