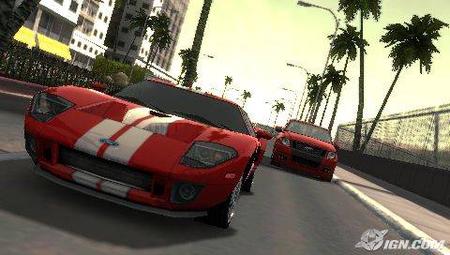 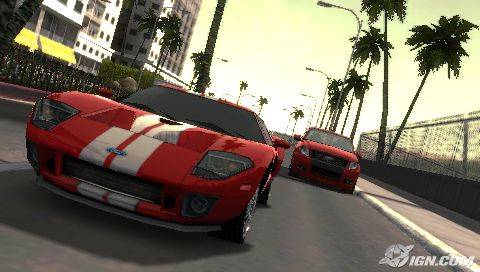 Ford Bold Moves Street Racing for the PlayStation Portable is a handheld version of the underwhelming Xbox/PS2/PC game that features plenty of Ford-brand cars and trucks racing around the highways and byways of Los Angeles. Surprisingly, the game looks and plays best on the PSP; unfortunately, that simply isn't enough to redeem this uninspired, vanilla street-racing game.

Fans of Ford-brand cars and trucks will be right at home with the car lineup in Ford Street Racing, which, as you might imagine, features a trailerload of models from the manufacturer with the blue oval logo. There are classic models such as the '62 Thunderbird and '68 Mustang, modern performance cars such as the 2002 Focus RS and Bronco Concept, and high-performance models like the Shelby GR-1 Concept and 2005 Ford GT. As in the console and PC versions of the game, the car models look good, and like the rest of Ford Street Racing's graphics on the PSP, the sharper resolution of the PSP's screen makes both the cars and the tracks look even better.


Do you want a next PSP games? What genre?