Posted By: NOPROBLEM
Rise of Nations: Rise of Legends is aptly, if not also clumsily, named. It's fitting that the title begins with "Rise of Nations", which was a streamlined real-time strategy game, built for genre wonks, but made suitable for everyone else with its uncanny interface and clever new gameplay mechanics. 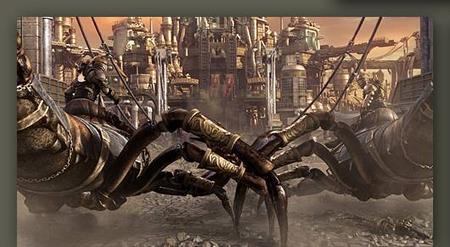 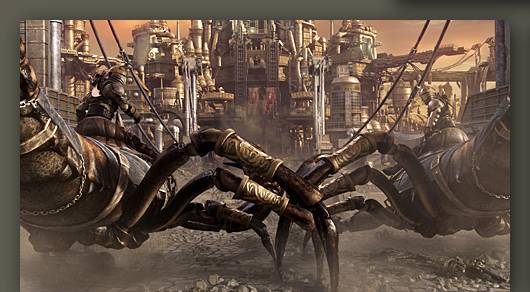 Although it's been spirited away from the constraints of history and into a casserole of sci-fi and fantasy, Rise of Legends is still very much like Rise of Nations. It's still a genre wonk's dream game, with lots of economic details, tactical nuances, and intricate unit relationships. It's shrewdly balanced, opting for three dissimilar sides instead of Rise of Nations' dozen minor variations on the same theme. There's a satisfying progression from a single city core to a map covered in urban developments and criss-crossed by marching armies. 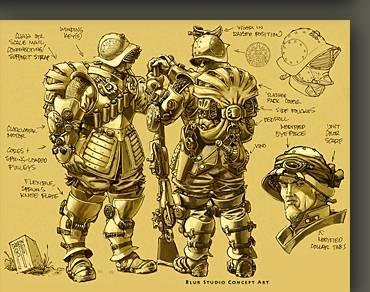 And the interface is as smart as ever. It's worth noting that Age of Empires III, a similar economically heavy RTS, is an example of how a detailed game can get snowed under if its interface isn't good enough. But this isn't a problem in Rise of Legends, which is arguably one of the most complex yet playable RTS games ever made. If you're wondering if there's some way to do something – find your scouts, select all damaged units, give all your military buildings the same rally point with a single click – the odds are that it's in there. All the information you could want is available from tool tips. It's meticulously documented and built for your choice of hotkeys or mouse clicks. 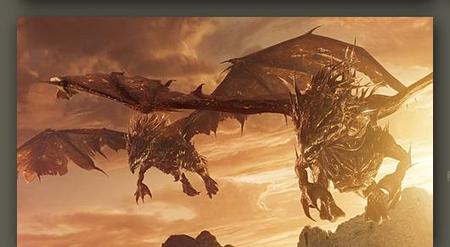 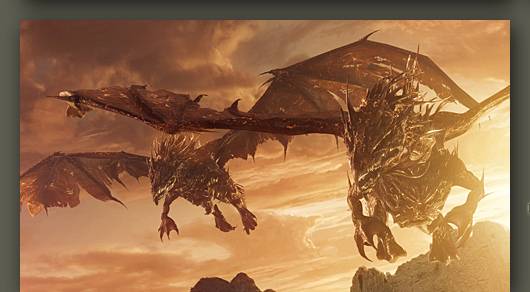 There are even more clever new gameplay mechanics this time, mainly centered around the unique twists for each of the three races. The rule sets are similar, but they have very different approaches. The Vinci scout the map with gyrocopters, the Alin use their Land Lore tech, and the Cuotl look around with a Star Bolt that peers down from space. Vinci bring in Clockwork Miners to improve their ore gathering, the Alin research magical mining at their Sand Spires, and the Cuotl latch Holy Arks onto their mines. The Vinci get unique tech prototypes. The Alim have lots of flying units. The Cuotl buildings are shielded.

You can list the differences among the races all day. They're legion. But because the developers at Big Huge Games have cobbled together their own mythologies, it takes quite a while before any patterns emerge, if at all. Rise of Legends is from the same person who created Sid Meiers' Alpha Centauri, which wasn't Sid Meiers' so much as it was Brian Reynolds'. Reynolds and his team created tons of clever backstory for Alpha Centauri, setting it in a distinctive, rich, and smartly written mythology with scads of unique personality. It was so distinct that some people couldn't get past it and just went back to playing Civilization.

Rise of Legends attempts something similar. A story stumbles its way out of the fantasy/sci-fi casserole over the course of a disappointing campaign (it's not nearly as free-form as it looks). An evil djinni creates a glass empire using a Meso-American/alien artifact that is later unearthed by someone in post-Industrial Revolution Renaissance Italy, who is then pursued into the desert by the brother of a man he murders with his siege laser, who gets into a romantic triangle with a pirate and a warrior chick who has to… yeah, it's hard to follow, and this is just a third of the way in.

Suffice to say, this leads to an equally out-there game with dragons, helicopters, manta rays, steam cannons, crystal giants, stone jaguars that shoot lasers from their eyes, and the giant mechanical spider from the end of the horrible Wild Wild West movie. For better and for worse, it's not terribly accessible and it's going to be an obstacle to people who aren't inclined to get any deeper than Blizzard's effective and sometimes bland fantasy archetypes. For the rest of us, it's a welcome change of pace.

The gameplay is equally demanding. Unlike the games from the Westwood school of design – the Battles for Middle Earth, the Dragonshards, the Commands & Conquers, the Empires at War – this is not an immediately gratifying RTS. It doesn't have particularly immersive battles or an action movie tone or a recognizable license. It's often tinny (the sound design is pathetic) and the engine is missing a lot of polish. It won't run well on mid-range computers that are well above the system requirements. The artwork is detailed and funky, but instead of epic, it sometimes looks like a sprawl of dime store toys.

There's also no naval combat (some maps involve air transport over walls or chasms, which requires some really annoying micromanagement), no cool victory conditions, and a lot of Rise of Nations' flexible game set-up options are missing. But pretty much everything else is in here, in ways that you probably couldn't have imagined.

What counts most is how it all plays. Once you've gotten past whatever issues you may or may not have with the fact that musketeers are fighting against Egyptian dudes with space lasers, you'll find a detailed and deeply gratifying real-time strategy game. Each race is almost like its own game, with its own challenges and treats and paradigms and hidden synergies. There are heroes and god powers. There are tech tress and upgrades. There are titans and air units.

Rise of Legends has a hundred and one things in it, all fitting together in a hundred and one different ways. It's generous, detailed, and brainy. If you want cheap thrills, there are some great real-time strategy games for that – this isn't one of them. But if you want something from the other end of the spectrum that plays unlike anything else, this is the game for you.