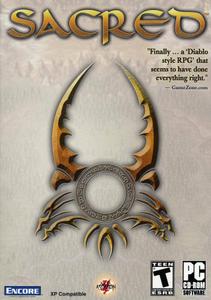 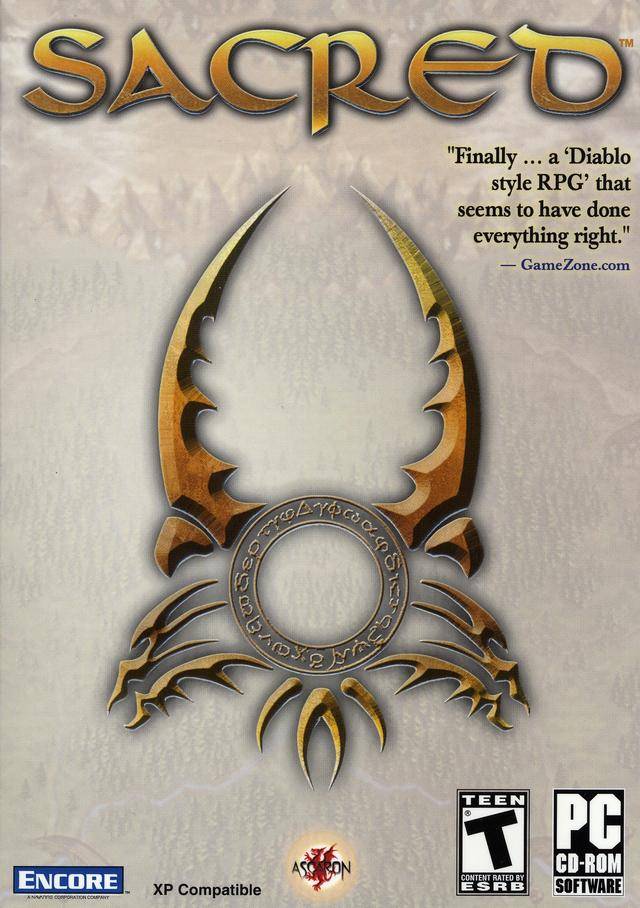 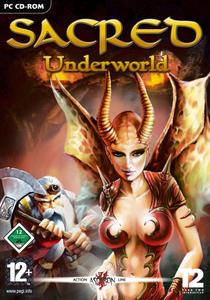 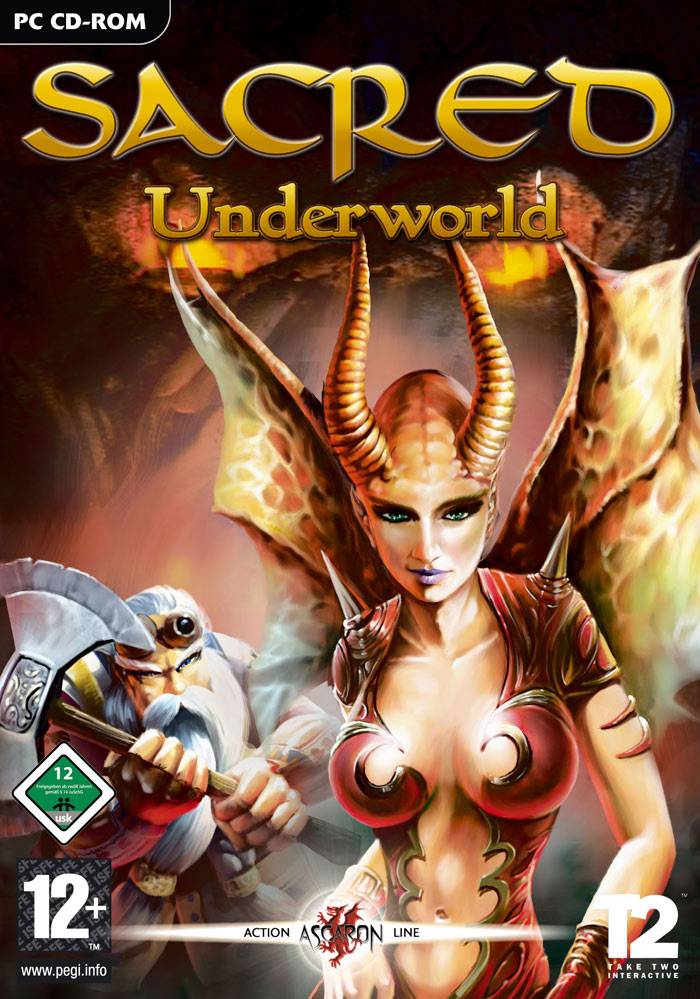 Sacred is a great-looking, generally solid action role-playing game that provides a few interesting gameplay innovations. It features an open-ended gaming world to explore, decent cooperative and competitive multiplayer options, and a good mix of goal-oriented questing and fast-paced battles. But its combat system is also somewhat finicky and unrewarding, which is a significant problem for what's fundamentally a hack-and-slash RPG.

It would be artificial to describe Sacred without at least a cursory comparison to the Diablo games, since Sacred was clearly heavily inspired by that series. As in the Diablo games, each of the six character types in Sacred has a predetermined gender and a distinct selection of skills you can choose to develop. Most foes only take a few mouse clicks to dispatch, but you'll encounter hundreds of enemies, including types that will spawn more of their kin if you don't take them out. The monsters are all classic fantasy stereotypes, such as undead, dragons, and ogres; you can use the Alt key to highlight and quickly locate the seemingly endless bounties of loot they hoard. There's a huge variety of magical items, including sets of related items to collect, upgradable socketed items, and class-specific artifacts. You'll maintain a chest "stash" in towns, where you can store some of your accumulated swag, and you can hook up with companions who will provide some temporary assistance, though you don't directly control them. You can replay the storyline at progressively difficult skill levels. Those features make Sacred sound very similar to Diablo II, and in many ways it is, but Sacred also has its share of innovations.

The most notable improvement Sacred offers over other hack-and-slash RPGs is its huge, open-ended gameworld. While other action RPGs funnel you through their settings in a linear fashion, Sacred offers largely free-form exploration. Settings are largely noninteractive, but meticulously detailed, and environments are well varied and consistently interesting to explore. Sacred's graphics are a definite strength, and they're significantly better than Diablo II's aged visuals, although they're not quite as good as Dungeon Siege's. Graphical resolution is locked at 1024x768, but Sacred lets you seamlessly zoom in the camera perspective for a more intimate look at the action. While similar features in other games have been of dubious utility, Sacred's variable perspective works exceptionally well, letting you both view your predicament from a strategic, distant vantage point and then conveniently adjust to a more rewarding ringside view of the battles. The auto-mapping function nicely complements the open-ended gaming world design by granting you a thorough overview of the areas you've explored. Sacred's interface includes convenient features, such as a circle around your character that graphically reveals current hit points, so you don't have to take your eyes off the action to steal glances at readouts further from the action.


You're given some significant inventory space to store your plunder, and a handy hotkey automatically plucks available loot.

Several of Sacred's other distinctive features are interesting, but they aren't entirely successful at improving gameplay. You can buy a horse to speed travel and garner an additional defensive bonus in combat, but it's difficult to effectively engage opponents from horseback, and characters (with the notable exception of the wood elf) lose access to several of their best character skills when riding. A couple of the character types are particularly novel (the vampiress and angelic seraphim), but there is a considerable overlap of special attack skills among characters. Characters have basic attributes, skills, and special attacks/spells. Increases to attributes are largely automatically determined by character type, although you're given the nominal choice to increase one attribute stat by a single point each experience level.