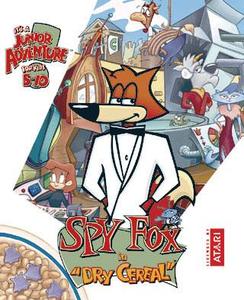 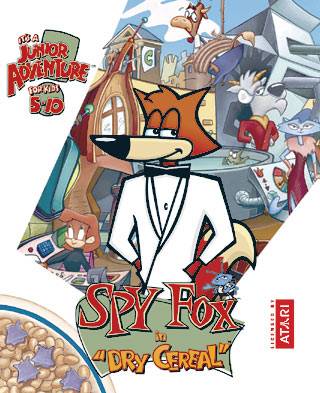 Original game description
Help Spy Fox foil William the Kid's dastardly plans of dairy destruction in Spy Fox: Dry Cereal. What will children do if Kid succeeds in cow-napping all the world's milk makers? Who is capable of stopping such a ghastly goat? Only Spy Fox, the super-smooth secret agent who finesses his way through Spy Corps' toughest assignments. This adventure tests kids' wits as they help Spy Fox use a host of slick gadgets, including a Laser Toothbrush and Suction Cufflinks. Monkey Penny provides clues from the Mobile Command Center as our hero takes on Kid's cast of animal adversaries. It's an udderly exhilarating world of cartoon espionage.

My comments
Like Putt Putt, Pajama Sam or Freddie Fish, Spy Fox was created by Humongous Entertainment. The main difference from the others is that all the Spy Fox games were designed for slightly older school-going kids, maybe best for those aged 6-10.