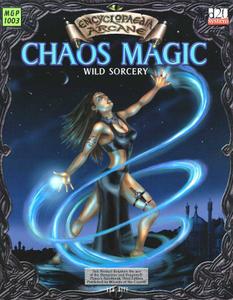 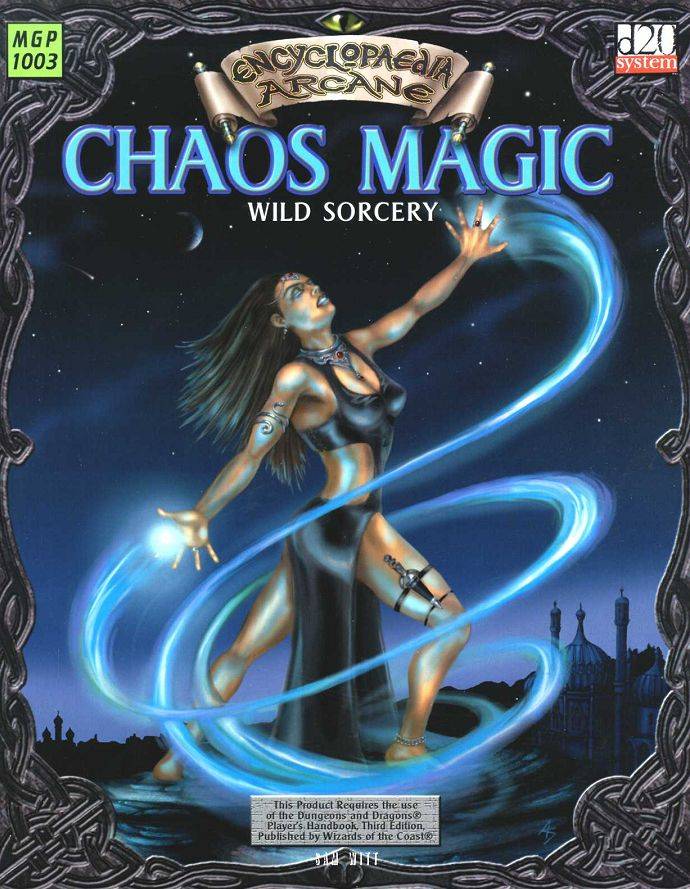 Your foot is on the road of chaos. As you explore this strange school of Wild Sorcery, the power of static magic will fall away, revealing the primal, chaotic forces corkscrewing through the world around you. A strong will and a quick mind is required to harness the essence of chaos, but even the wiliest may not survive their brush with the raw element of creation. Though chaos magic does not deal with malevolent, intelligent forces or the denizens of the grave, its power is wild and untamed and wholly unnatural within the material world. It is in constant flux, coiling and writhing just beyond everyday life, and whatever it touches . . . changes.


This volume of the Encyclopaedia Arcane series gives players and Games Masters alike the information they need to begin using chaos magic within their campaign. You will find chapters devoted to those who dare to tap into this primal energy, the methods used to channel primal chaos and information about the marvels and horrors of the Paths of Chaos. New feats, magic items and character types are also introduced to aid and hinder the neophyte chaos mage and his static magic counterparts.

Chaos magic is not for the faint hearted - those unwilling or unable to maintain the daring or force of will necessary to harness great, unwieldy energies will find themselves destroyed by the very power they sought. The true unfortunates will end their days locked into forms never meant for mortal eyes, let alone mortal flesh. Many are the failed practitioners of this art, and their wildly deformed bodies and warped minds serve as living testament to the dangers inherent in tampering with the basic forces of the universe. Yet there is no shortage of those willing to throw themselves into the teeth of the storm, hoping against hope they will be the one legends speak of, the master of wild forces, a true Chaos Mage.


Chaos Magic - An Overview:
Discover the true nature of chaos, why it shapes the entire world and how the arcane practitioner can tap into its awesome power.

Flirting with Chaos:
Wild Sorcery is, in many ways, the antithesis of static magic. Diligent practitioners, however, burrow into its mysteries, seeking to divine its secrets to enhance their own raw talent.

Chaos Magic:
An entire chapter dedicated to the practice of chaos magic - cast spells on the fly, completely unbound by the need to memorise complex formulae beforehand or pray to a worthless god. Shape the very essence of chaos to do your bidding, when you want it done.

The Price of Chaos:
Too often do Chaos Mages over stretch themselves and ignore the warning signs as they call ever greater amounts of chaos energy to themselves. The Paths of Chaos are a warning and a hideous reminder that the power of chaos is not to be taken lightly.

Servants of Chaos:
Static practitioners merely bind mundane creatures to their will and thus will be forever limited. Chaos Mages craft their own familiars from the raw essence of Wild Sorcery and remain utterly flexible in design and function.

Wild Specialists:
Join the ranks of the Bloodcarvers and Doomringers in order to unleash the full might of Chaos Magic.

Bottled Lightning:
It is said the might of chaos can never be tamed, and yet practitioners of Wild Sorcery constantly attempt to trap the power into objects of incredible might, imbuing their wielders with the very energy of creation.