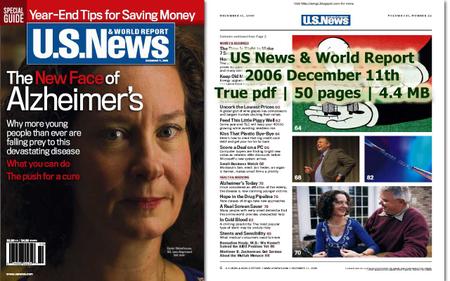 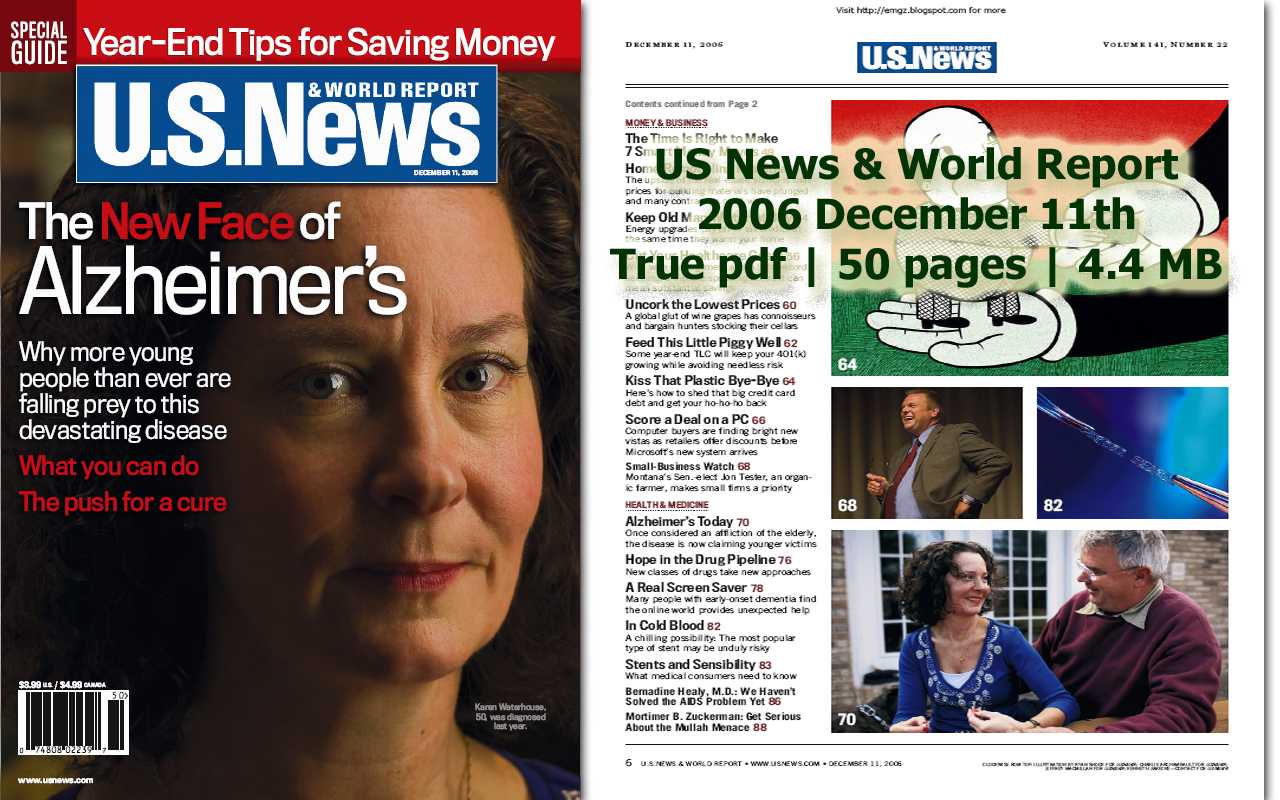 U.S.News & World Report is a weekly American newsmagazine. Its editorial staff is based in Washington, D.C., but it is owned by U.S.News & World Report, L.P., which is based in the Daily News building in New York City. Founded in 1933 as United States News, it merged with World Report in 1948. The magazine's founder, David Lawrence (1888–1973), sold it to his employees. In 1984, it was purchased by Mortimer Zuckerman, who is also the owner of the New York Daily News.

Its two primary competitors—both of which have greater circulation—are Time and Newsweek. It is generally considered to have a more right-of-center editorial point of view than the two others. It has also marketed itself as being a serious-minded journal more consistently focused on important matters than its competitors, at times directly criticizing their occasional cover stories on celebrity or entertainment news.

IN THIS ISSUE: YEAR-END TIPS FOR SAVING MONEY
Home Remodeling Is a Steal
The upside of the real-estate slump is that prices for building materials have plungedand many contractors need work

Email me notemart@gmail.com if any links died or any further requests.
Visit my blog at Blogspot for more..
Plz dont make any mirrors until 48 hours later. Thank in advance.