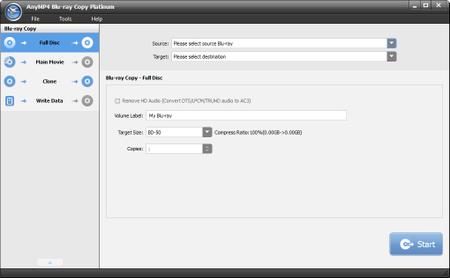 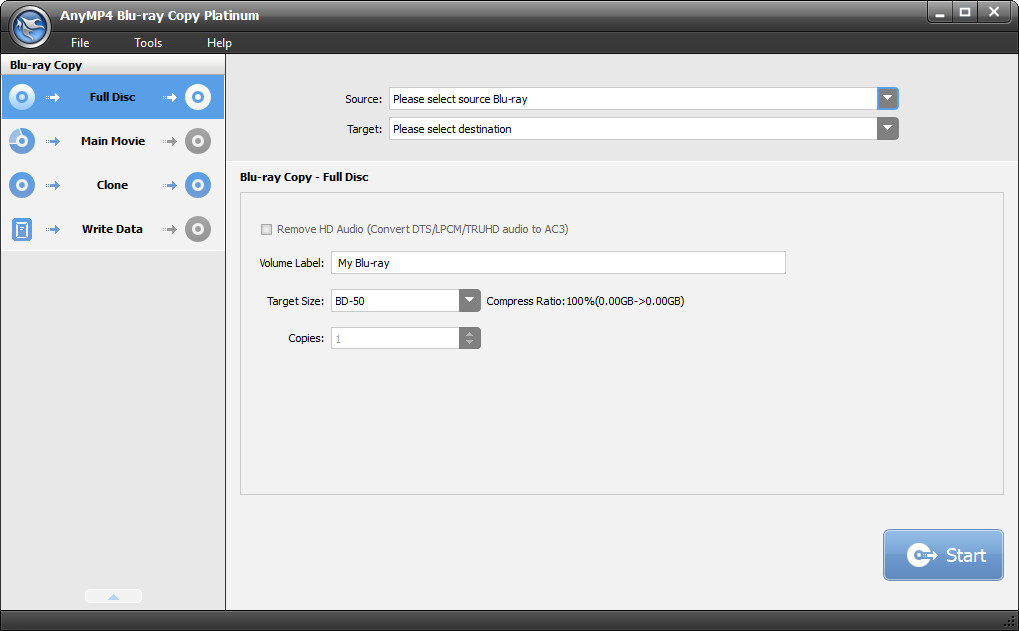 AnyMP4 Blu-ray Copy Platinum 7.2.90 Multilingual | 29.3 Mb
Have you already dreamed of a perfect enjoyment of Blu-ray movies at home? AnyMP4 Blu-ray Player, the effective Blu-ray and DVD Playback software, can help you fulfill this dream. With the latest Blu-ray technology, the professional Blu-ray Player can play movies on PC. Simply put Blu-ray disc into the Blu-ray drive, and the software will play the movie with high quality sound and picture quality. In addition to the Blu-ray disc, Blu-ray folder (BDMV) and Blu-ray ISO image file, this software can play DVD disc, DVD folder, DVD ISO image file, DVD IFO file on computer.

Music reproduction for a nice enjoyment
In addition to Blu-ray and video, the Blu-ray Player software can also play audio files. Not only general audio formats such as MP3, AAC, M4A, WMA, OGG, but also lossless audio formats such as FLAC, WAV, ALAC are supported by this BD Playback software. Enjoy a clear and sharp playback of the audio files, and listen to your favorite music at home.

Impressive picture and sound quality in Blu-ray playback
Thanks to advanced image technology, you can get the best image quality from Blu-ray and 4K video. The Blu-ray Player software provides you with a flexible option to customize video effects such as hue, holiness, contrast, saturation, gamma. So you can get a fantastic home theater entertainment when playing the Blu-ray movies.
The Blu-ray Player software supports surround sound 5.1 (Dolby Digital, DTS). With the 5.1 audio system you can enjoy sound quality like in the cinema. The versatile Blu-ray Playing software brings you real home cinema experience with perfect picture and sound quality.

Easy control of Blu-ray/DVD/Video playback
This Blu-ray Playing software has a clear and intuitive user interface, and is very easy to use. Before playing Blu-ray, you can select subtitles and audio tracks, switch to full screen mode. During playback, you can select scenes, take a snapshot, adjust the volume and more.
Playback of Blu-ray works smoothly, and you can now watch Blu-ray movies easily and conveniently on your Windows PC. AnyMP4 Blu-ray Player is genuinely effective software for Blu-ray fans.