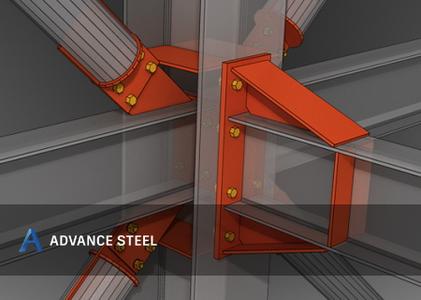 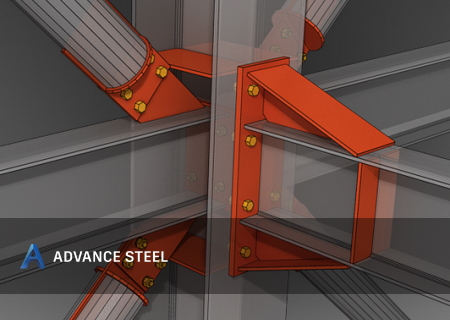 The Autodesk development team is pleased to announce the availability of Advance Steel 2021, is a leading edge steel construction application designed for steel professionals, whitch it provides a simple, user-friendly working environment for creating 3D structural models from which drawings are created.


New in Advance Steel 2021
GENERAL APPLICATION
- New dedicated SQL localdb instance for Advance Steel: Advance Steel is now creating and using a new, dedicated SQL localdb instance instead of the default one.
- All SQL Server Editions are now supported by Advance Steel to allow custom access privileges to shared databases made by the SQL server, allowing either full read and write capabilities or restricting the Advance Steel functionalities on read-only rights. See SQL Server Support for Advance Steel.
Fixes
- Fixed a contrast issue with the graphic of some ribbon icons on Dark theme.
- The Migration Tool will no longer show an error during the migration of the WeldType and DetObjQualifier tables.
- Tables related to material strength and class definition are now properly considered by the Migration Tool.
- Improved the performance of snaps on folded plate references through Xref.
- Fixed a crash during startup when access to the patch database folder was restricted to the current user.
- Fixed an issue that caused the loss of Preferred sizes stored in the dwg file from another locale when opening the Project data dialog.
- Fixed an issue where the library data stored in a DWG inserted from block or by copy-paste was lost on purge.
- Fixed an issue where some profiles with end cuts were incorrectly exploded to ACIS.
- Checkboxes will now appear correctly on 125% DPI scaling on connection dialogs.
- Solved Bridging connection interlace issues when using 200% DPI scaling.
- Fixed a display issue for the Browse text button on the "Select destination file" dialog which now will correctly fit on all translated languages.
- The "User attribute" text can now be customized differently between object properties and project settings.
- Fixed tooltip content for "Automatic leader line position for labels on hole patterns".
- Updated the "Cut symbol scale for weld preparation cuts" default description in the Management Tools to highlight this is an obsolete setting.
- Fixed a bug that caused Advance Steel to become unresponsive when clicking outside of a window that appeared as a result of an action in a parent window.
- Fixed an issue that caused the incorrectly completed deletion of database table cell content in the Management Tools Table Editor, which happened when leaving and coming back to the respective database table in the Table Editor.
- Fixed the Railing/Monowills drop-down from the Extended Modeling panel in the Home tab so that when clicking the button and not the arrow the connection command starts.
- Enhanced the library data stored with model to support xref and behave more consistently in a number of scenarios including Advance Steel Objects Enabler.
- Improved the Advance Steel stability of connecting to databases by ensuring the SQL instance is always setup properly and running.
- Added measures to ensure proper handle of the migration process for a user with read-only rights on the SQL server AS Databases.
- Fixed an issue that caused the loss of preferred sizes stored in a dwg file from another locale when opening the Project data dialog.

API
- Added the ability to ignore holes during numbering in the public API. This API is available for Hole Features, Host Objects (i.e. Beams, Plates), Bolts and Anchors.
- Refactored constructors exposed in the API for the Polyline3d class to eliminate cases which allowed the creation of invalid polylines, as well as refactoring the internal code behind these constructors.
- API adjustments to avoid getting some beam hole inconsistencies when copying or moving beams with holes.
- Introduced Autodesk.AdvanceSteel.Modelling.UnwindedBeam in the AS .NET API, encapsulating the unwinded beam functionality of Advance Steel.
- API users can now correctly interrogate the type of a connection, of a fillet or of a contour that can define an advance steel object.