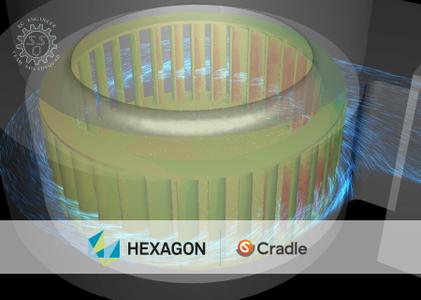 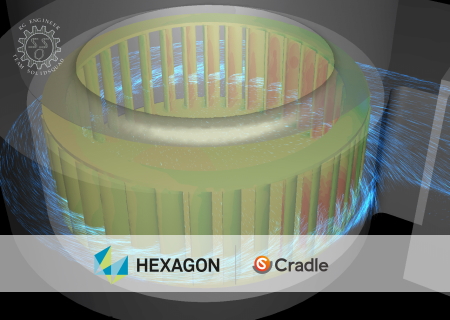 Cradle CFD 2021 | 2.6 Gb
We at Software Cradle are proud to announce the release of Cradle CFD Version 2021 as a multiphysics Computational Fluid Dynamics solution to enhance your productivity and aid smart manufacturing. The packages of scFLOW and scSTREAM are both integrated to Cradle CFD on the latest Version 2021.

We are pleased to offer more than 70 new beneficial features and improvements in this version to enhance your CFD analysis and productivity. Below we proudly present a selection of new enhancements.


Highlights of New Features
Spatial Hexahedral and Voxel Fitting Meshing Enhancements
Spatial Hexahederal meshes in scFLOW consist of poly- and hexahedral elements that reduce meshing time & the number of element faces, hence; providing runtime speed-up without reduced accuracy. The polyhedral elements in close vicinity of an object's wall excellently reproduce the shape. Then, volume away from the wall, fluid or solid, is filled with hexahedral elements of different sizes. The hexahedral mesh of the mesh sizing octree reduces the number of elements.
Voxel Fitting meshes is a new meshing approach that builds a voxel dominant mesh directly from ether CAD geometry or facetted data, and neither needs to be water-tight. Further, the meshing algorithm inserts prism-layer according to the standard scFlow workflow after the volume mesh generation of all fluids and solids. The result is a drastic reduction in meshing time for the user with little or no accuracy degradation. For the realistic NASA Common Research Model (CRM), 40% shorter meshing time and a 2x calculation speed-up than a full-polyhedral mesh were observed. 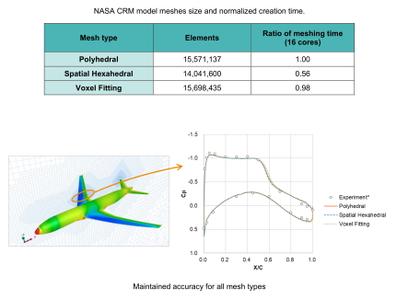 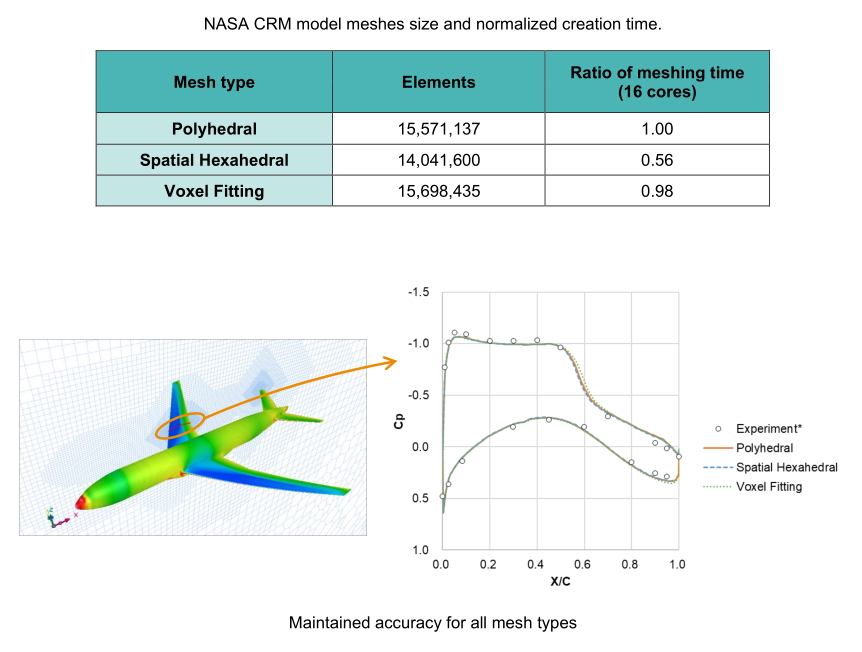 These capabilities enable new simulations with and without fluid interaction, such as the pharmaceutical tablet manufacturing process shown below.

Enhancement of density-based solver HPC performance
The enhanced density-based solver in scFLOW offers substantial speeded-up without any accuracy loss. Moreover, combined with the new Spatial hexahedral mesh and Voxel fitting mesh, the number of faces is reduced, even with a similar element number that significantly reduces the solver runtimes.

For the NASA CRM transonic aircraft, the density-based solver's enhancements showed a speed-up of 1.25x, and when combined with a Voxel fitting mesh with the same Octree, a total speed-up of 3x. 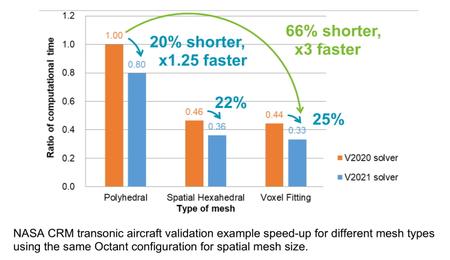 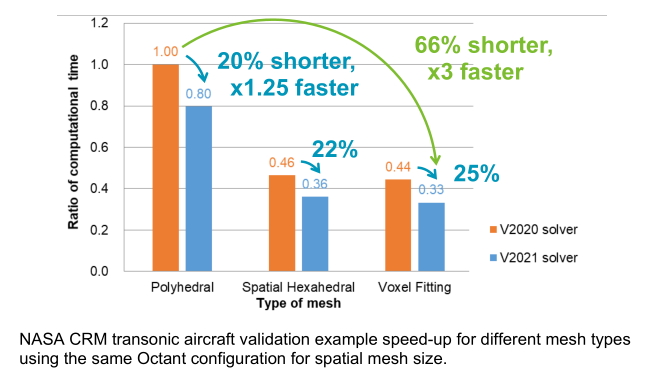 This is in addition to the density-based solver's speed-up of 20~25% for scFLOW v2021 compared to v2020 showcased by the NASA CRM model above.

Further, for the classic tandem sphere example, the standard pressure- and density-based solver's HPC performance is easily compared. The density-based solver clearly shows an increasing speed-up as the core count is increased and combined with the Spatial Hexahedral Mesh, keeping the Octree sizing constant the volume mesh, it offers a 3.2x speed-up this case. 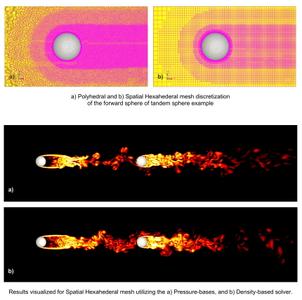 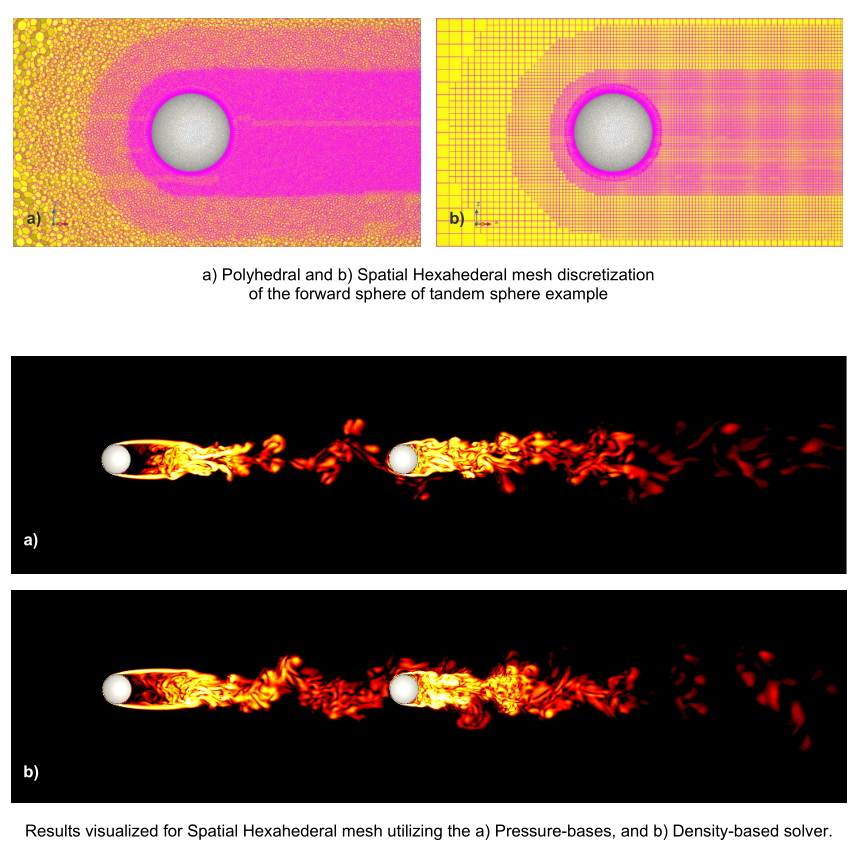 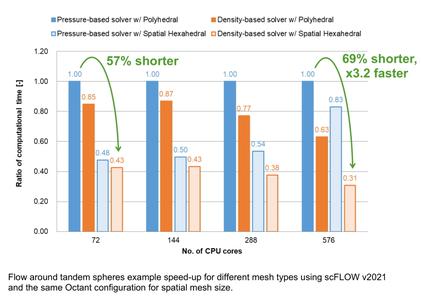 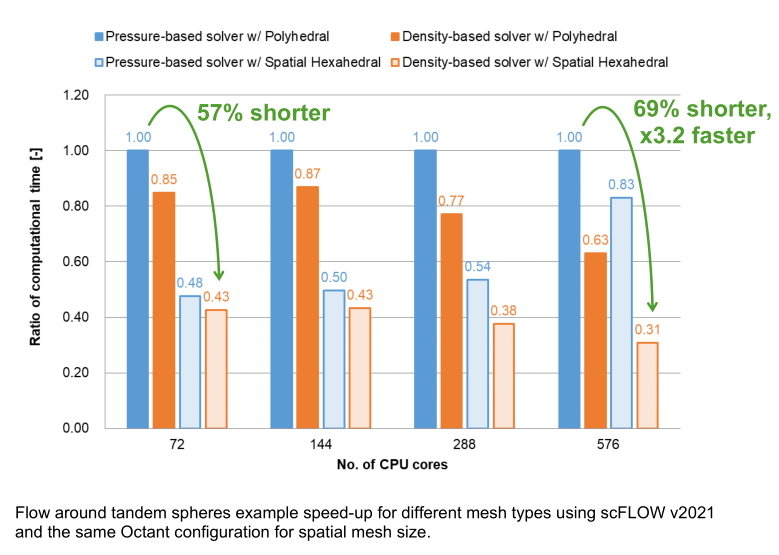 IPC-2581 support
The IPC-2581 file format support in scSTREAM enables importing PCB detailed design data from a single file. IPC-2581 is an open and global file format that extends well beyond CAE, which allows a standardized data transfer between CAE, Manufacturing, Design, etc. The file format stores all relevant information in a single file for accurate, detailed thermal analysis of a PCB, such as Board shape, components, wiring, and thermal via. 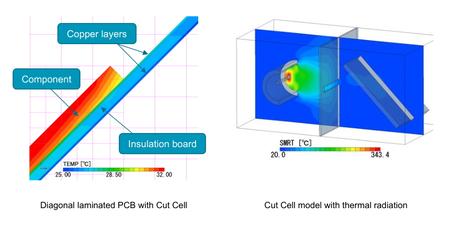 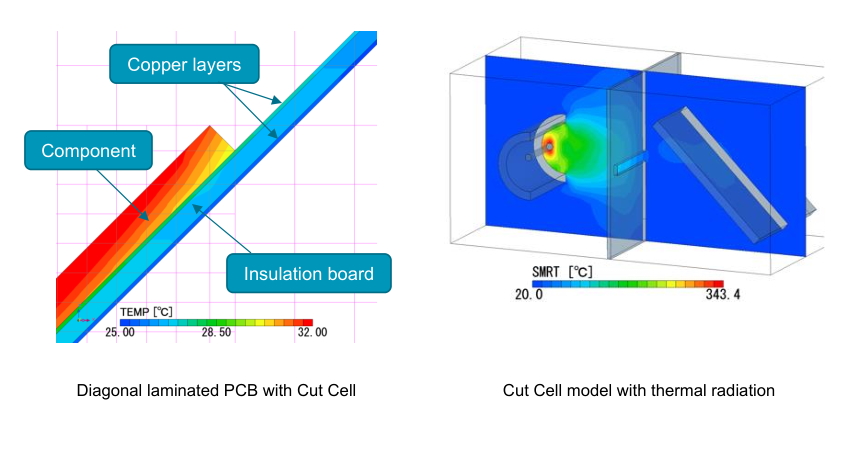 Thermoregulation model JOS
Software Cradle's unique thermoregulation model (Joint System Thermoregulation Model; JOS), which is now available in scSTREAM, provides detailed information vital for a human's thermal comfort perception (such as skin temperature, skin wettedness by perspiration, thermal sensation, and so forth) in an environment such as a vehicle, a room of a building, etc. The heat and moisture released from human bodies are also evaluated. All of these values are used to calculate temperature and humidity more accurately in the thermo-fluid analysis. 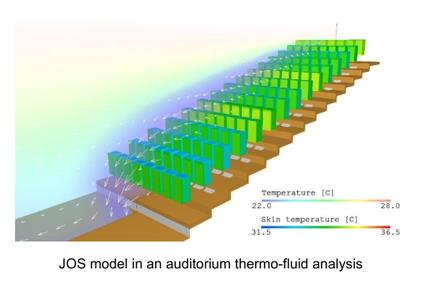 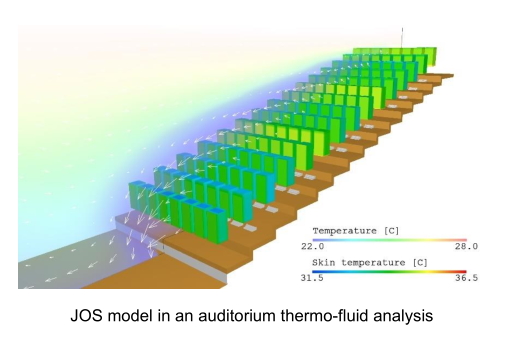 Cloth model display function for textiles
Together with the introduction of the DEM Cloth Model, scPOST introduces the visualization of such a model that includes the following. 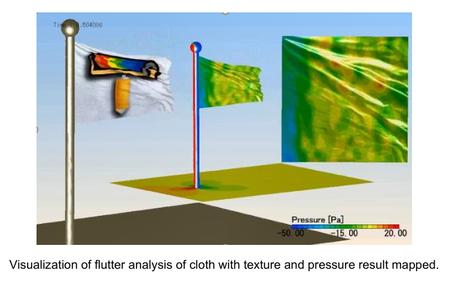 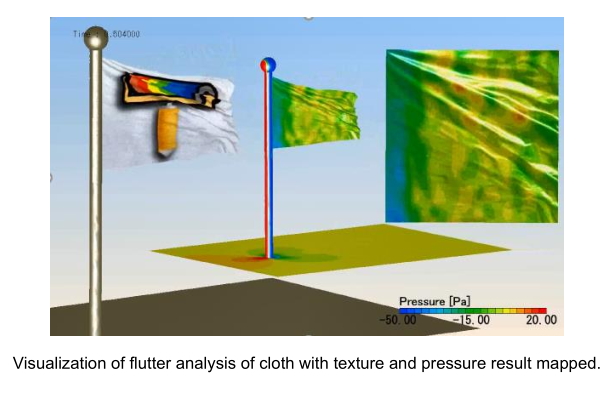 FPH loading speed-up
By internal software optimization in scPOST result files, fph-files, read receive a 1.5x speed-up. The speed-up was achieved by parallel processing on a per-node instead of a per-element basis.