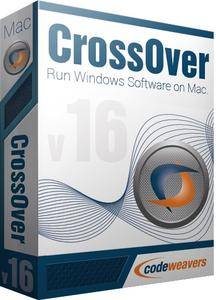 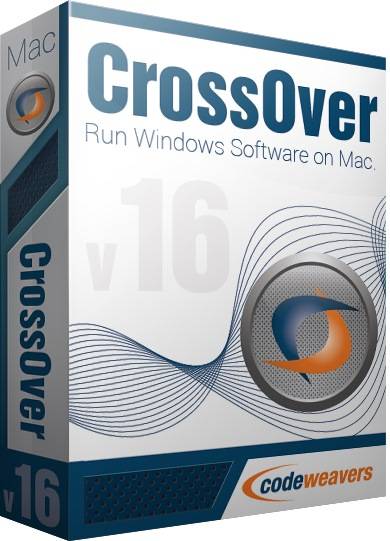 CrossOver Mac runs Windows games, productivity software, and utility programs all in one application. And without the overhead of a virtual machine, programs and games can run as fast or faster than they would under a Windows operating system.

Run Windows Software Without Rebooting
Once CrossOver is installed, install and launch your Windows programs as you would any Mac application. You get access to your favorite Windows programs with ease. No booting required, or launching a virtual machine. No having to copy files from one file system to another. CrossOver runs directly on your Mac, and so does your Windows software.

One Click Installation
Our CrossTie technology is a major step forward for CrossOver users, because it makes installing Windows applications drop-dead simple. Just clicking the "Install" button in CrossOver tells CrossOver to take care of the rest. You can do the same thing from our massive Compatibility Center, which has thousands of applications with CrossTie installers. Relax, and let CrossOver do the work.

Software Runs at Native Speed
CrossOver runs natively on your Mac. Which means you don't have to run a copy of Windows. Which means you're not paying the RAM and CPU penalty for two operating systems running at the same time. Which means no bogged down, choppy performance. If you need native speed, CrossOver is the better choice.

Seamlessly Integrates with Your Desktop Environment
Since CrossOver is running on your native Mac file system, there's no need to move files back and forth between a Windows partition and OS X. Everything's in one place, right where you need it. Seamlessly Cut & Paste between Windows documents and Mac documents. Launch your Windows programs from the dock. Your Windows programs behave like native Mac applications.

Bottles
Bottles are a unique feature of CrossOver that allow separate Windows environments (XP, Win7, etc.) to be packaged and self-contained with your favorite programs. Bottles are really useful, because they let you easily backup your software, and move it from machine to machine. They also ensure that you get the right version of Windows for your application's needs. It's like having several different Windows machines operating together on your computer.

Core Technology Improvements:
CrossOver 16 is based on Wine 2.0, with thousands of improvements to Windows compatibility across the board.
CrossOver now supports 64-bit Windows applications, with new bottle templates and 64-bit dependency management.

Bug Fixes:
Quicken 2014-2016 updates will now apply automatically during installation.
Fixed a bug which prevented saving very large files in Microsoft Excel 2010
Fixed a bug which prevented opening hyperlinks from documents in Microsoft Office 2010.
Shell folder links will now be updated when importing bottles into CrossOver from an archive file.
Fixed an audio bug which could cause Blizzard games to emit unwanted noises from the speaker.
Fixed a bug in Tencent QQ which caused the application to hang when adding a new contact.
Rollercoaster Tycoon 2 will display correctly again.