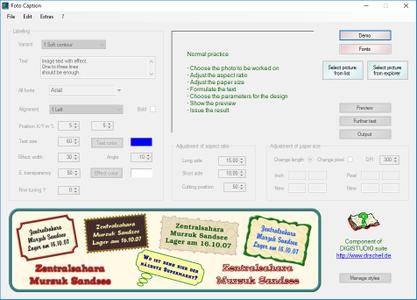 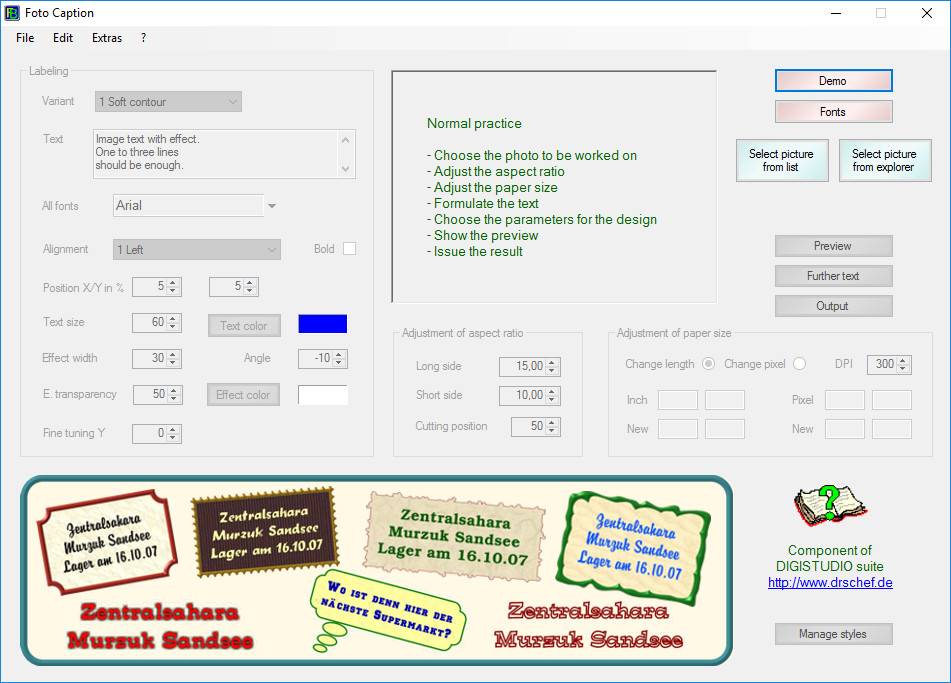 FotoBeschriften 6.6.3.447 Bilingual | 7.8 Mb
FotoBeschriften is an efficient software solution whose main purpose is to offer you the ability of applying fun labels on all your favorite pictures, with minimal effort. The program developed from the need to provide photos with decorative labels with different design possibilities. The program is very compact. One dosnt only have to go on several windows or menu levels or move again and again by lining up several steps with new surfaces and selections toward result.

To which is useful the labelling of photos
Naturally will, as one sees, an effective labelling the photo enrich at color and form. But the question would have to be asked actually in reverse: Why aren't most photos leabelled? In many places the absence of an label appears clear as lack, e.g. with photos, which one would like.

- to bond into photo albums
- to pass on to others
- to look at together in the circle of friends
- to attach to mails
- to attach to letters
- to publish in the Internet
- to use in a photo calendar
- to use in so-called photo books, which have a smaller scope of action for text effects
- to publish in photo pools in the Internet
- to publish in Facebook or in other forums
- to protect with the publication by a watermark
- to use with specific text effects in DIGISTUDIO presentations
- to show in simple slide shows on a digital picture frame
- to show in simple slide shows on the television.