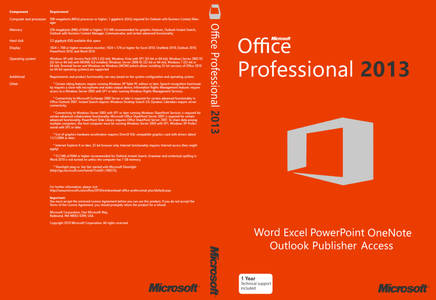 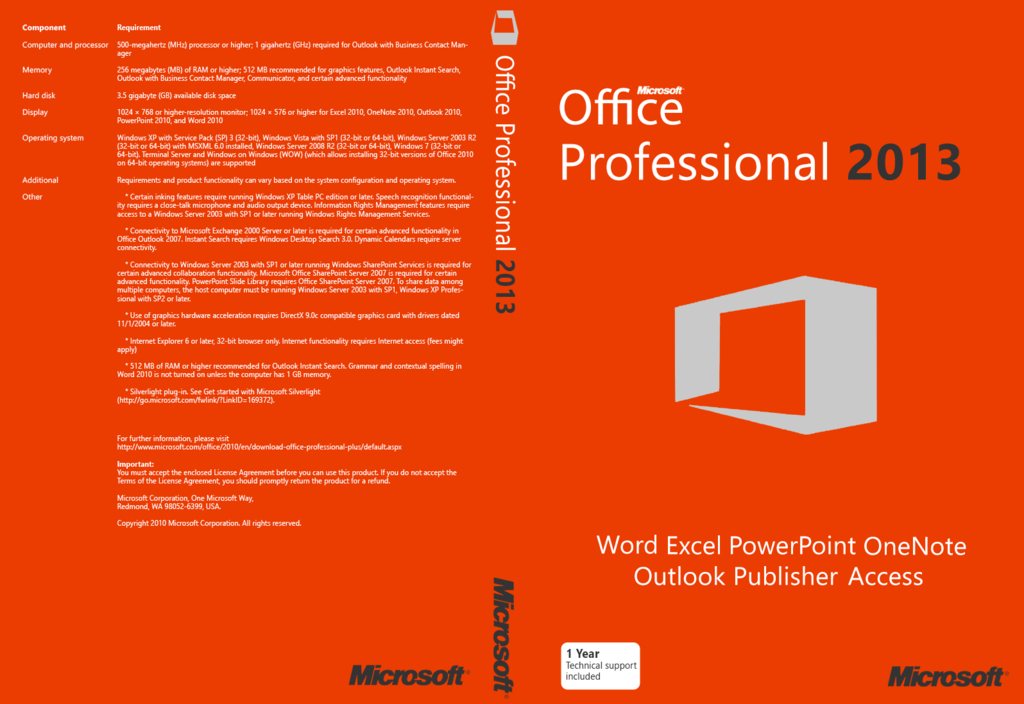 Microsoft Office Professional Plus 2013 SP1 15.0.5041.1001 June 2018 | 2.62 / 2.34 GB
A new release of Microsoft Office 2013 has received an updated interface, became more social. It is optimized to work with touch and gestures, stylus, mouse and keyboard, so it supports all the new devices based on Windows, including tablets. OneNote and Lync are the first applications for the Office, in the style of Windows 8, they are ground for work on the tablets, your fingertips. By the way, it's claimed broad support Windows 8, including Windows RT.

Office 2013, which includes new versions of the applications Word, Excel, PowerPoint and OneNote, will be installed on devices with ARM-Windows 8, including the Microsoft Surface . One of the main features of Office has tight integration with cloud faylohranilischem SkyDrive, documents and all settings will be stored in it by default, providing ease of access from any device connected to the network. The content will be available as offline and synchronize when reconnecting to the network. From social opportunities in the first place is worth to mention integration with Skype. Skype contacts are integrated with Lync, allowing to call or send instant messages. Another function - People Card - allows you to view contact information of the networks Facebook and LinkedIn, including status updates, photos, contact information for yourself and so on. additional fly in the ointment: the new Microsoft Office works with Windows 7 and Windows 8, the software giant has decided to exclude support for operating systems such as Windows XP and Windows Vista . Release of the new Microsoft Office is expected in early 2013.

List of known changes in Office 15:
• The new interface, which is closer to the concept of Metro, flat menu buttons by analogy with Office 15 (or Office 2013 - is the name of the market, is rumored to be in the new package);
• Ability to view comments While reading;
• New opportunities to increase / decrease the font size, alignment, line, page width, control the spacing between paragraphs;
• New Menu "page layout" on the panel in edit mode.
• Office 2013 will not support work with operating systems of previous generations, the exception amount to only Windows 7.
• According to employees of the developer, the new version of office software will support work on iPad. Special release will provide users with "apple" tablet to work in the Special edition of Word, Excel and PowerPoint (recall that OneNote for iPad is already there).
• On ARM-plates Office 15 will be an integral part of the Windows RT (special assembly Winodws 8 for PC running ARM-processors).
• Expectedly, an office suite that will integrate with popular social networking sites such as, Facebook, Flickr, Hotmail and SkyDrive.
• You can also say that the software company is preparing an online platform of third party programs Office Marketplace.
• In the Office 15 version abolished Starter Edition, which in practice was not very popular among the users. Instead of this edition, it was decided to distribute 60-day "trial" version of the normal set of Microsoft Office.