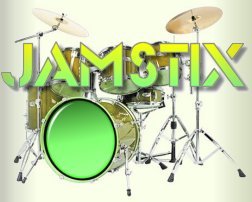 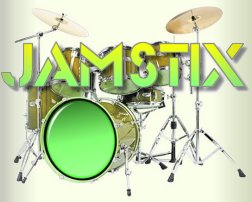 This is an old release, but it works very well.
"State-Of-The-Art Virtual Drummer a VSTi drummer that can jam with you like a human drummer would.


analyzes MIDI input as well as audio input (with limitations) in real-time and develops rhythms and adjusts parameters instantaneously, giving you the feel of playing with a human drummer Limb-Priority-Control ensures that the output is at all times playable by a human drummer. You can layer rhythms and fills and accents as you wish and never have to worry about whether the result sounds realistic. No more ten-armed drummers! incredibly realistic drumming with just a few mouse clicks thanks to features such as velocity variance, auto-cymbals, random accents, probable notes and automatic switch rules, such as ride over hihat on high velocity, sidestick over snare on low velocity, no-ghosting on low velocity and more built-in high-quality drum sample player with up to 9 velocity layers and controllable ambience alternate samples remove machine-gun effect by varying sound at the same velocity (Paks only) sophisticated layering creates realistic sound accumulations based on drum types route sounds to 4-17 stereo outputs (adjustable) extensive sound library that can be expanded via expansion Paks integrated VSTi sub-hosting allows usage of any VSTi drum synthesizer, such as BFD™ and DFHS™. Combine the sounds of your favorite drum plugin with the jam power and realism of Jamstix! MIDI output as well as export to MIDI file for maximum flexibility built-in arranger allows easy control of rhythms,intros,fills and endings in sync with your sequencer