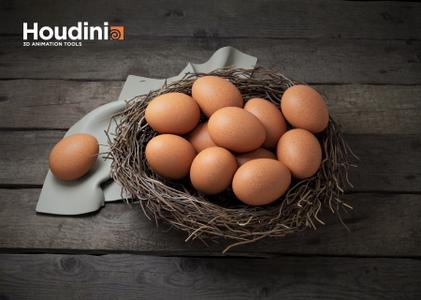 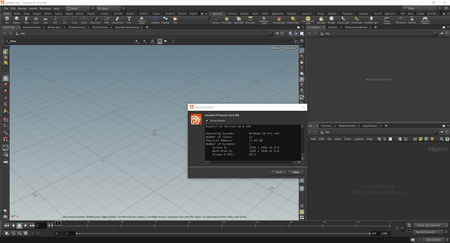 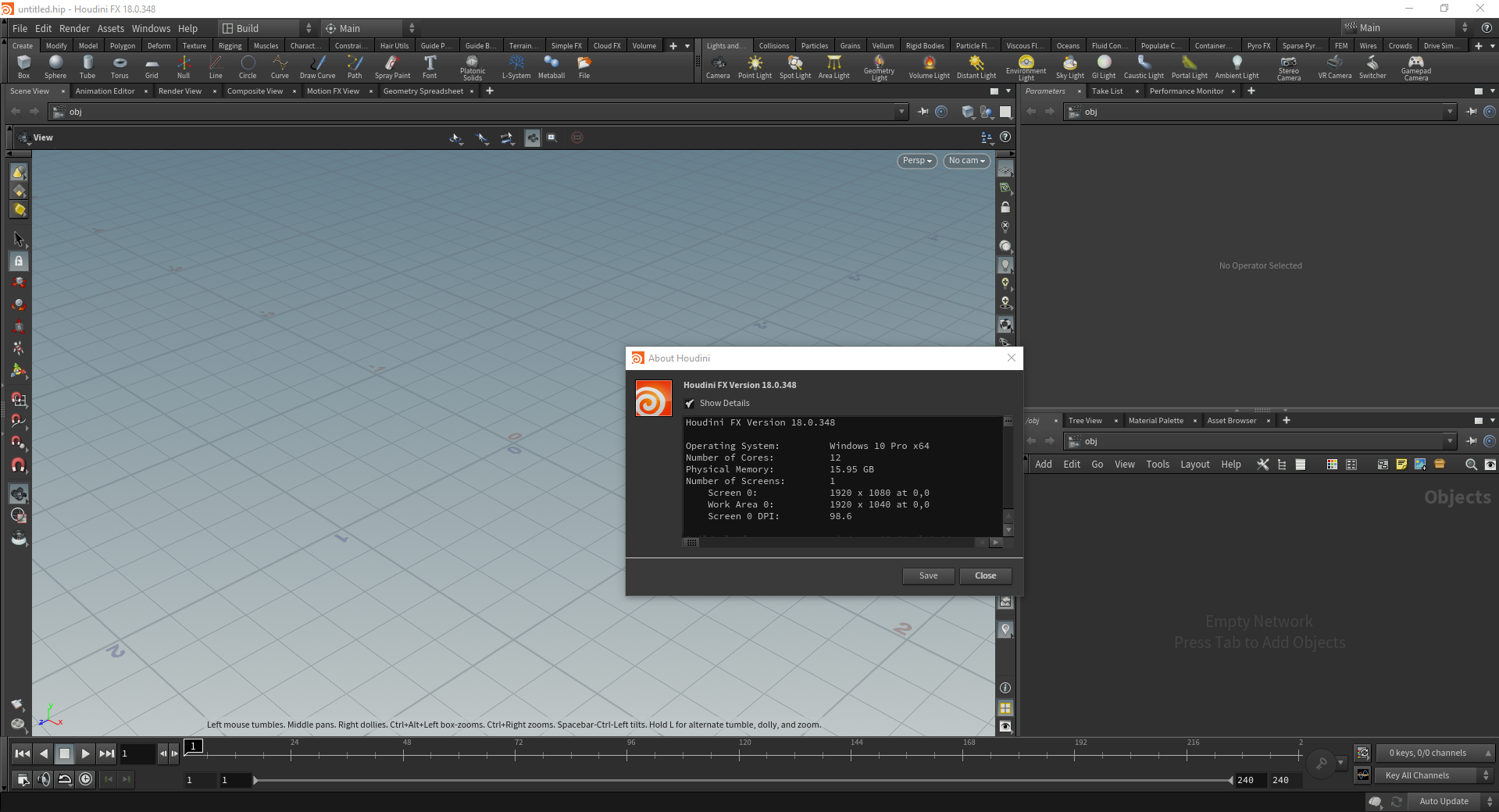 SideFX has unveiled the new features in Houdini 18, the next major update to its procedural 3D animation and effects software.

The biggest new feature in Houdini 18 – and one to which half of the presentation at the launch event was devoted – is Solaris: a new USD-based lighting, look development and shot layout environment. The toolset is designed to enable less technically minded artists to use Houdini as a look dev and layout tool, using a non-destructive drag-and-drop workflow.

New Karma renderer set to become a replacement for Mantra in production.

Another interesting announcement from the launch event is that Karma, the new render engine developed for Solaris, is set to become a full replacement for Houdini’s Mantra renderer. Although Karma was initially intended as a tool for visualising dense production scenes during look dev and layout, SideFX emphasised that it is “a full production renderer … not just a preview renderer”.

Another interesting feature shown in the presentation is the set of Hydra render delegates, which enable users to choose which render engine Solaris will use to display assets in the 3D viewport.

As well as Solaris’s native Karma renderer, and the previously announced support for RenderMan, there are delegates for both Arnold and, less predictably, AMD’s Radeon ProRender. Support for V-Ray, Redshift and 3Delight is also planned.

The modelling tools get one of the longest changelogs, with the update continuing the trend established in recent releases of exposing Houdini’s existing functionality in more artist-friendly ways. Examples include new options to slide points, edges and faces around manually when using the interactive modelling tools; and a new interactive Point Weld tool for merging vertices in geometry.

For procedural modelling, there are updates to several of Houdini’s key SOP (Surface OPerator) nodes. The Bend SOP has been overhauled to make workflow more accessible, including more intuitive control handles and hotkeys for operations like snapping. The Bevel SOP – previously PolyBevel – gets support for convex bevels, plus better collision recognition.

For artists using Houdini to generate terrain, the HeightField Terrace SOP has also been updated, including the option to use a custom profile graph to control the sizes of the steps it generates.

Vellum, the cloth/multiphysics solver introduced in Houdini 17, gets support for velocity blending. Users can control how velocity is transferred to the simulation, making it possible to tone down physically accurate, but visually distracting, secondary motion of cloth.

There is also a new sliding constraint for the solver, which enables the point of constraint to move freely across the surface of geometry: for example, enabling the constrained object to move under gravity.

SideFX also says that the resolution-independence of simulations has been improved, so low-resolution test sims should be more representative of the final high-res output. In addition, the Vellum solver is now 64-bit.

Faster fluid simulations – both for FLIP liquids and Pyro smoke and fire.

Changes to fluid simulation include support for adaptive pressure projection when using FLIP fluids. The system adjusts the size of simulation grid cells automatically, focusing computational effort on key areas, such as the liquid surface and areas of contact with rigid bodies.

In the test scenes shown, activating adaptive projection cuts simulation times by 30-40%: in the case of a fairly complex shot of a submerged craft surfacing, from 41 hours 13 minutes to 26 hours 50 minutes.

The Pyro solver, used for simulating gaseous fluids, also gets a big update. SideFX described Houdini 18’s ‘sparse’ Pyro solver, which focuses computation on active parts of the fluid container, as “basically … completely new”, although parts of the old code base have been reused.

In the demo scenes shown, the new solver cuts both simulation times and file sizes to around a third compared to the previous implementation – although interestingly, voxel count actually rises. In addition, the entire Pyro pipeline, including post-processing, is now available in SOPs.

Houdini 18 also introduces a number of improvements to the destruction toolsets.

When fracturing geometry, the chipping algorithm has been improved, generating chips more selectively in the places where they should occur, such as the sharp ends of larger fragments. There are also new options to control which fracture lines are shown when visualising fractured geometry. The entire fracturing process is now more art-directable, including the option to use custom cutter objects to break up the base geometry.

Destruction sims can also now be driven by the Bend SOP or FEM solver, resulting in some pretty crazy effects, such as the skyscraper being cleaved by a giant axe shown above. Again, the “entire destruction pipeline” is now available in SOPs

The FEM solver itself, often used for simulating organic tissue, gets a new Neo-Hookean material model, which should preserve volume better than the previous Corotational model. Another interesting aspect of the solver shown in the launch event was the option to set the properties of the surface independently of the main volume of the simulation.

Support for blendshapes in crowd simulations, plus improved export to other DCC software.

The update adds support for blendshape animation in crowd agents, which should make it easier to give crowd characters unique facial expressions. For pipeline integration, Houdini now supports USDSkel when exporting characters in USD format; and there are improvements when round-tripping crowd animations with other DCC tools in FBX format.

Other highlights from the Houdini 18 feature list include a “redesigned, stroke-based” Attribute Paint SOP for 3D painting objects in the viewport. Workflow improvements include the option to use hotkeys for radial menu controls, and to perform 2D pans and zooms when navigating the 3D viewport.

In addition, the update introduces “initial support” for Python 3, ahead of its introduction in next year’s industry-wide VFX Reference Platform specification.

Outside the core software, there is a new Substance integration plugin, for editing procedural materials in .sbsar format. You can find full details in our original story.

Other useful-sounding add-ons include an Extract Silhouette SOP, a MTL file format importer for OBJ models, and a Quadrangulate SOP for converting triangular meshes to all-quad geometry.

Check out the latest additions to Houdini - including Solaris – the USD-native layout, lookdev and lighting platform. Plus learn about the other new Houdini features and enhancements in Vellum, fluids, pyro, destruction, modelling and more.


Side Effects Software. is a world leader in the development of Houdini, our advanced 3D animation and special effects software for use in film, commercials and video games. Side Effects Software has been recognized three times with Scientific and Technical awards from the Academy of Motion Picture Arts and Sciences. The Houdini family of animation software offers digital artists an unprecedented level of power, flexibility and control based on award-winning procedural technology. The comprehensive feature set includes: modeling, rigging, animation, particle effects, dynamics, compositing, integrated rendering, and more. All Houdini applications work together seamlessly and are available for the Mac OS X, Linux and Windows operating systems.


* System Requirements:
Operating System - 64bit only - Windows 10 (64 bit)
- Windows 8.1
- Windows 8
- Windows 7 SP1 (future versions of Houdini will not be supported on Win7)
- Windows Server (any version) is NOT supported
Memory- 4 GB required
- 8 GB or higher and 64GB strongly recommended for fluid simulations
Processor
- Intel or AMD x64 CPU with SSE 4.2 required. Houdini 17.0 will not run on a system with an instruction set lower than SSE 4.2.
Disk Space
- 2GB required for installation
Input Devices
- 3 Button mouse required
- Scroll wheel used where present
- Wacom tablet recommended for Houdini's brush-based tools
Graphics Cards
A GL4.0 compliant graphics card is required. GL3.3 cards will have missing features and lower GL versions will not run Houdini 17 at all.
4GB VRAM or more is required. Less than this can result in display errors such as blank windows. High DPI displays (4K, 5K) or multiple monitors require a minimum of 4GB.
Graphics card must support OpenCL version 1.2.
The OptiX Denoiser requires a Kepler or later Nvidia GPU (K, P, M, V prefixes).
It is VERY important that you install the latest driver for your graphics card. Failing to do so may result in display issues and/or slow performance:
Windows
- NVidia GeForce GPUs: 390.77 or higher (don't use 376.xx - you'll have slow performance and crashes)
- NVidia Quadro GPUs: 390.77 or higher
- AMD: 19.Q1 or higher
- Intel 10.18.10.3958 or higher.