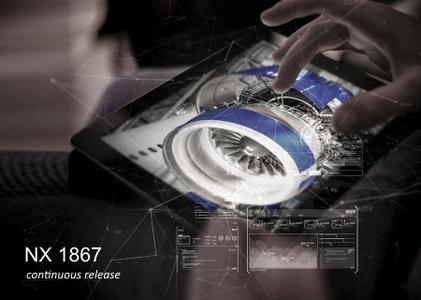 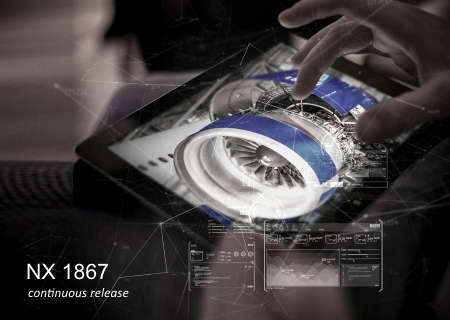 Siemens NX 1867 Update Only | 1.4 Gb
The Siemens PLM Software team has released an update to Siemens NX 1863. This first continuous release brings significant new and enhanced functionality in all areas of the product and also delivers enhancements that enable you to increase your productivity in product development and manufacturing while working in a collaborative managed environment. 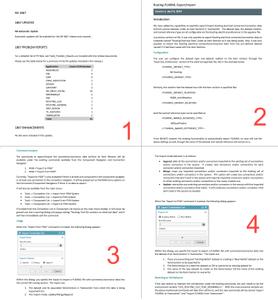 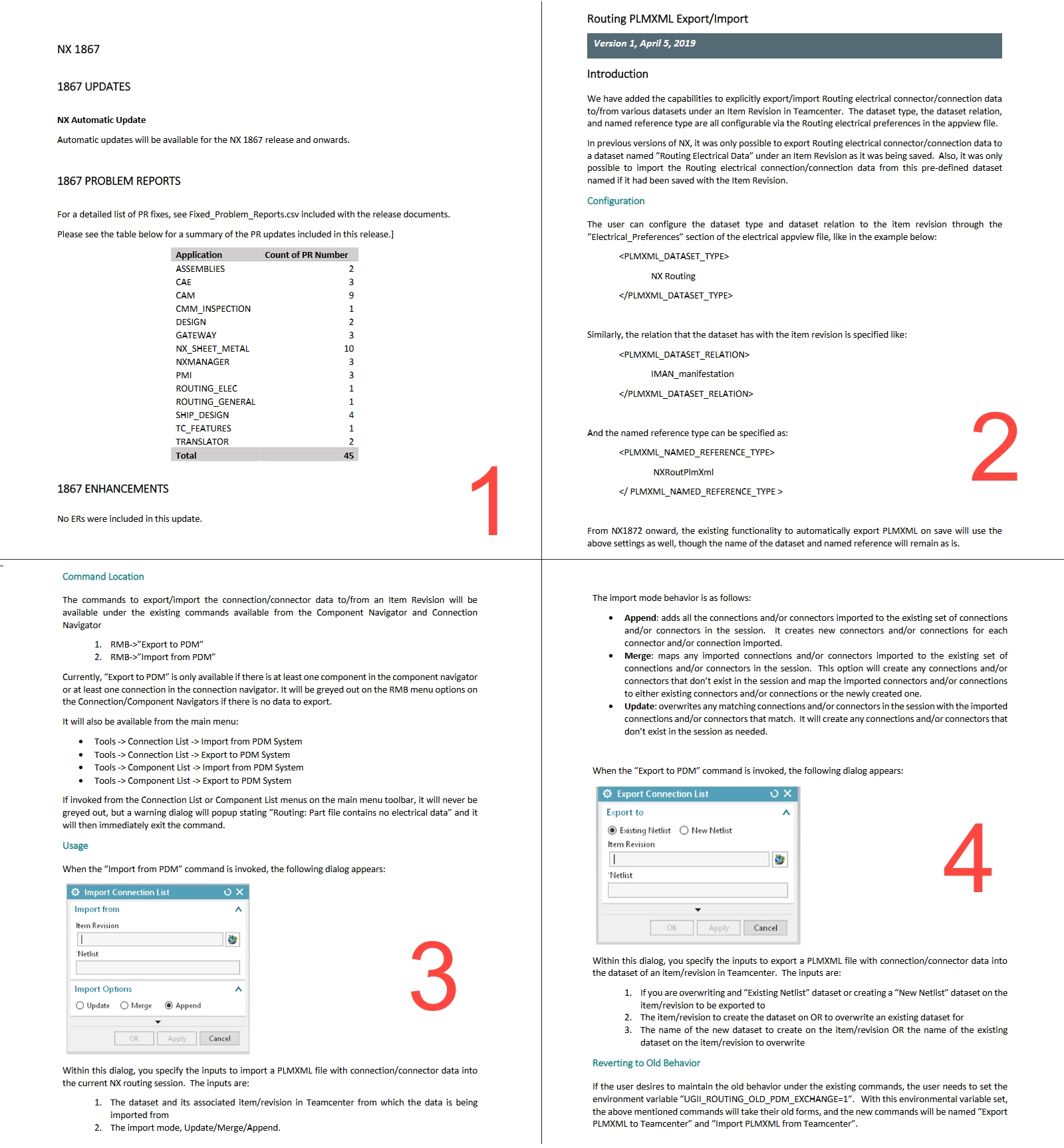 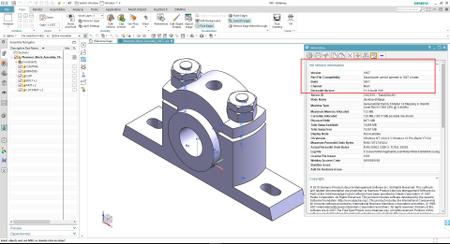 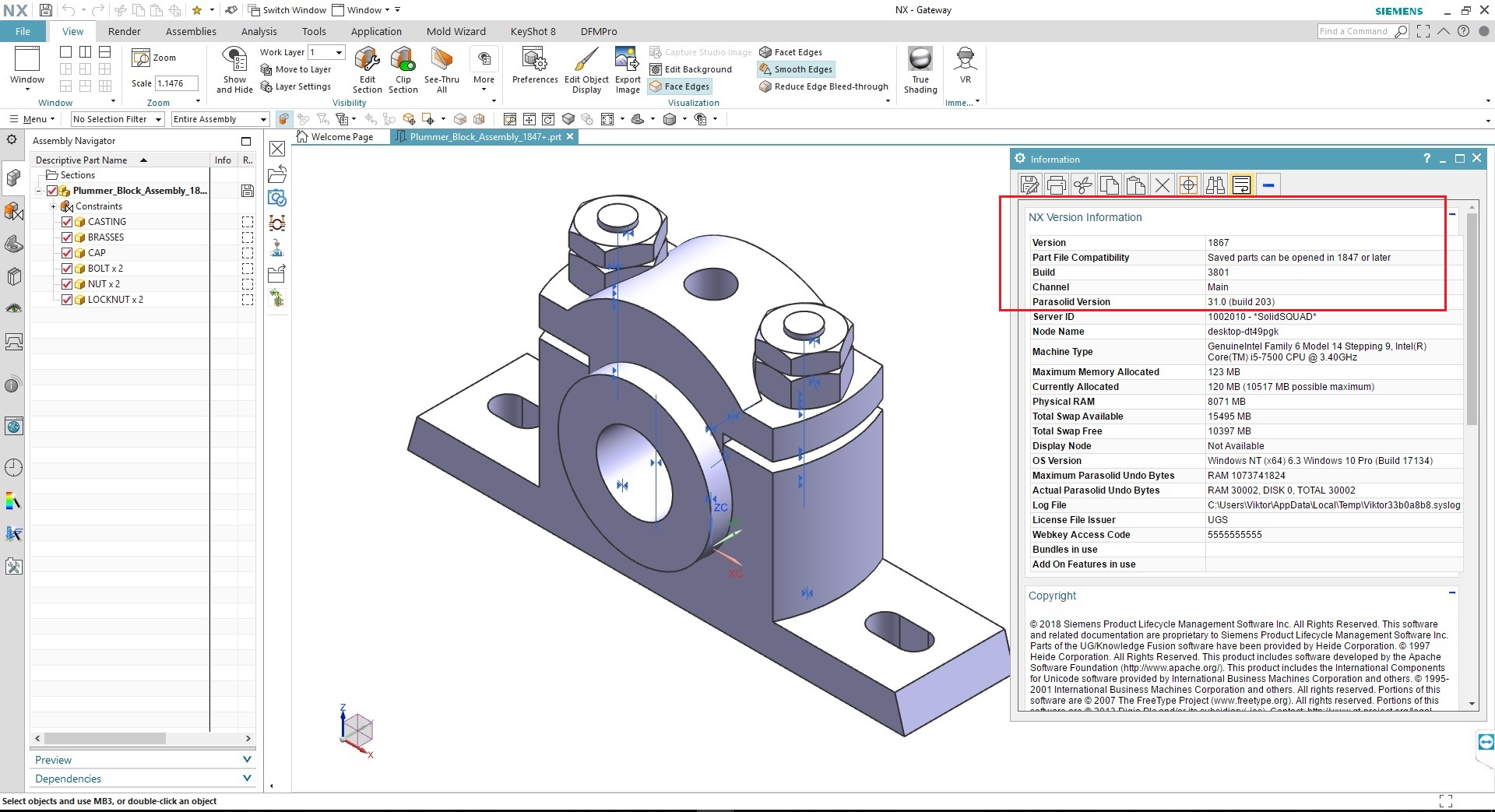 About Siemens NX 1847 Series. This release marks a major milestone in our industry as we move to a continuous release process. This will make it easier for you to stay current with the latest release of NX, giving you convenient access to new functionality, as well as performance and quality improvements. NX will automatically check for updates, and you can control if and when you deploy those changes. Updates will be issued about every 6 months and will be automatically downloaded unless manual updates only is selected under settings.


What’s up with the “1847” in NX?
The vision is to remove the focus from release numbering. The official name of the software is simply NX with the code name 1847 – which (fun fact) derives from the year Siemens was founded. NX is the first of all CAD/CAM/CAE products to go to a continuous release.

In addition, this major release brings significant new and enhanced functionality in all areas of the product. It also delivers enhancements that enable you to increase your productivity in product development and manufacturing while working in a collaborative managed environment.

- In the design environment, we have invested in enhancements to all aspects of modeling, including both traditional modeling and our Convergent Modeling software, and to core functionality, such as visualization and user interaction.
- With the increased use of 3D annotation and model-based definition approaches to communicate design intent, we are pleased to introduce new capabilities for comparing PMI that will make it easier for you to track changes to the annotation defining your models. In addition, we are introducing a new technical data package (TDP) solution that will make it easier for you to share information with both customers and suppliers, improving collaboration and supplier exchange of data.
- We have enhanced our embedded virtual reality (VR) application introduced in NX 12.0.2 with new tools to give you greater levels of interaction with your designs. Using our embedded VR tools, you can bring the digital twin to life.
- New subtractive and additive manufacturing capabilities in NX will enable you to transform the way you make parts. Enhanced CNC programming automation, new high-speed machining methods, and advanced robotics to automate production are added to help you deliver higher quality parts significantly faster. Improvements to additive manufacturing are also made to help you set up the build tray and design critical support structures more easily, and with more control than ever before.
- Simcenter 3D is a unified, scalable, open, and extensible environment for 3D simulation. In this release of Simcenter 3D, we introduce new, cutting-edge simulation capabilities, stronger connections to the broader Simcenter portfolio, and an expansion of the integrated multidisciplinary environment to cover an extended simulation solution footprint. Highlights include new and enhanced simulation solutions for generative design and the simulation of the additive manufacturing process—making Simcenter 3D capable of simulating tomorrow's engineering and manufacturing processes today. Additionally, Simcenter 3D’s simulation footprint has been extended to cover new solutions like transmission simulation, which can reduce overall transmission simulation process time by 80%. This release also includes new ties to the digital thread through synergies between Simcenter 3D and the broader Simcenter portfolio, such as STAR-CCM+, for aero-acoustic and aero-vibro-acoustics analysis. With added enhancements that build on the new Convergent Modeling capabilities in NX, you'll also be able to perform direct meshing of convergent bodies to streamline the process of analyzing scanned or optimized data. Overall, Simcenter 3D helps engineers drive innovation and reduces the effort, cost, and time needed to predict product performance.

We are confident that this release of NX empowers you to work more productively than ever before, and that it will help you get more from your investment by making it easier to adopt and deploy the latest functionality and improvements to stay at the forefront of industry trends.