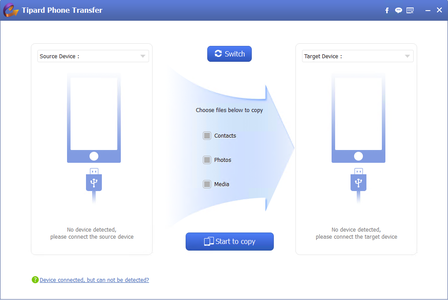 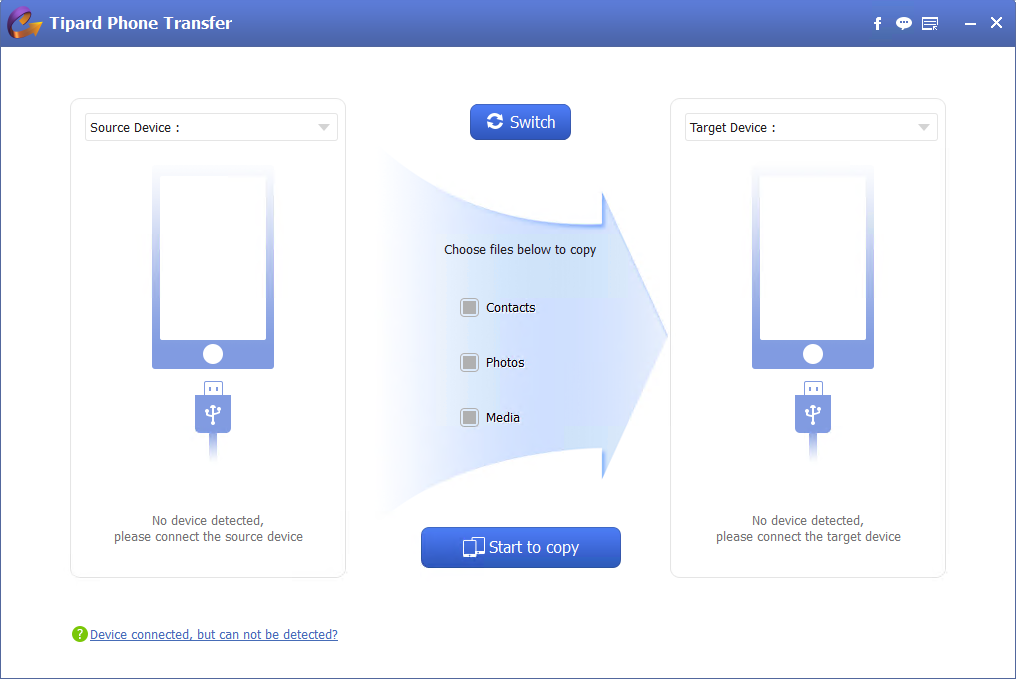 Transfer data between Android and iPhone/iPad/iPod touch
Switching from a Galaxy phone or other Android phones to iPhone? Do you want to move content from your Android phone to iPhone? Tipard Phone Transfer can seamlessly transfer your contacts, photos, videos, music and more from your Android phone to your new iPhone 6. Make an easy switch to your new Apple smartphone or tablet. Also, this phone to phone transfer can help a lot when switching from iPhone to Android. It can transfer data from iPhone to Android.

Syncing to a new iOS device without losing data
For a new Apple user, the biggest problem is that your previous data will be overwritten due to iTunes sync. And once it's done, the previous data cannot be recovered. By default, Tipard Phone Transfer lets you transfer files from device to device without erasing. Nevertheless, it also allows you to remove the chosen data on Target Device before copy by checking the corresponding option. Just use this data transferring tool to copy data from the old iOS device to the new one.

Backup the data on dead/smashed phone to another device
Don't be panic if your phone got damaged and unusable unfortunately but can be recognized by your computer. This Phone Transfer can help you export data from the dead/smashed device and save them to your another iOS or Android device.