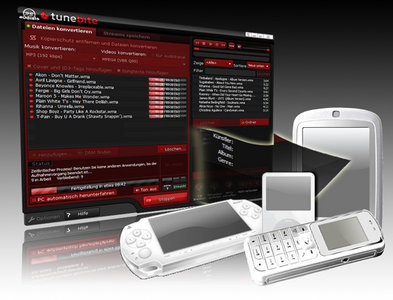 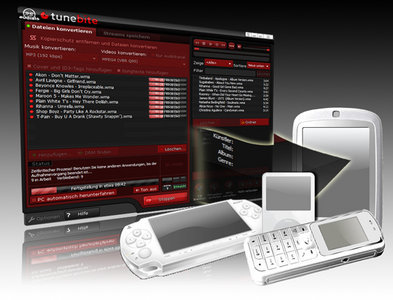 Tunebite v7.1.2010.1000 | 40.1 MB
Tunebite is the best solution to remove copy protection from music, audio books and films & then convert it to one of 100 file formats. Since 2004, Tunebite has been mentioned and singled out for excellence in more computer trade publications than any other legal software solution that removes DRM copy protection. Tunebite legally removes the audio DRM copy protection from music & audio books by re-recording it at up to 54x the speed. With either the playback software or Tunebite, additional copyrighted music & audio book files can be copied by using the virtual CD-burner.

Tunebite has one of a kind quality control with “PerfectAudio”, guaranteeing error-free audio output. Tunebite turns the PC into a high-performance, Video DRM converter and ensures the synchronicity of video & audio while the copyrighted video files are played back. In the process, Tunebite legally photographs, frame by frame, the replayed, copyrighted films & saves them in the desired format. Tunebite informs you of the expected output quality of the files to be converted based on the operating system and PC performance & also warns of a loss in quality before converting files on PCs with weaker performance. The quality is also inspected during conversion. After the conversion is complete, Tunebite provides tips, in the rare event that problems do arise, to avoid such problems that may occur. Lots of extras: audio recorder for recording music from web radios (e.g. Last.fm), video recorder for video portals (e.g. Youtube) & automatically finds ID3 tags, album artwork & song lyrics. Files can be played using your own player or with Winamp, Apple iTunes or Microsoft Windows Media Player. Music can be dubbed by synching cell phones, MP3 players, Apple iPods & other portable devices. There is a generator for individual cell phone ringtones. CD burning capabilities for audio CDs, audio DVDs and MP3 CD are also included.