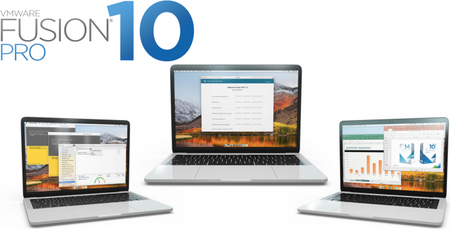 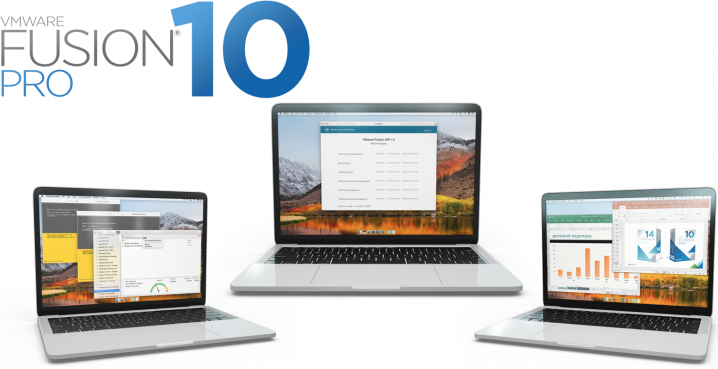 VMware Fusion Pro let anyone run Windows and hundreds of other operating systems on a Mac, without rebooting. Simple enough for new users, and powerful enough for IT professionals, developers, and businesses, Fusion provides agility, productivity and security every day. With over 15 years of virtualization leadership, millions of satisfied customers, and more than 50 awards, VMware provides the most stable and secure desktop virtualization platform in the industry.

Run Nearly Any Operating System on a Mac


Running Windows on Mac is only the beginning. VMware Fusion lets you choose from hundreds of supported operating systems, from lesser-known Linux distributions to the latest Windows 10 release.

Connect to VMware vSphere
Securely connect with vSphere, ESXi and Workstation servers to launch, control and manage both virtual machines (VMs) and physical hosts. Thanks to the common VMware platform, VMs can be easily transferred from the vSphere data center to the Mac desktop and then run in Fusion.

Develop and Test for Any Platform
Fusion makes it simple to test nearly any OS and app on a Mac. Build and test apps in a sandbox while securely sharing local source files and folders. Fusion Pro now includes a RESTful API to integrate with modern development tools like Docker, Vagrant, Ansible, Chef, and others to fit the power of VMware into today’s Agile and DevOps-oriented production pipelines.

Design and Demo Complex Solutions
With the ability to run an entire virtual cloud stack on a single Mac, solution architects can demonstrate their entire software solution in real time, with safe rollback points to return to known configurations. Fully express the story of your software journey by running all of its components on a single notebook to show the world.

Make Windows Feel at Home on Mac
Fusion blends your Windows experience seamlessly with the Mac you love. You have the flexibility to keep the two worlds securely apart, or integrate them for one seamless experience. Install a fresh OS like Windows 10 or easily convert an older PC into a virtual one. 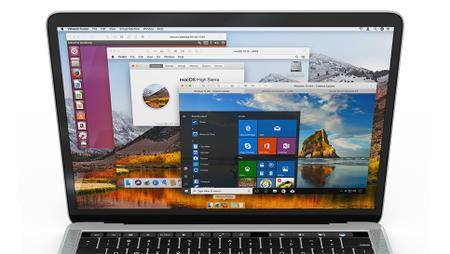 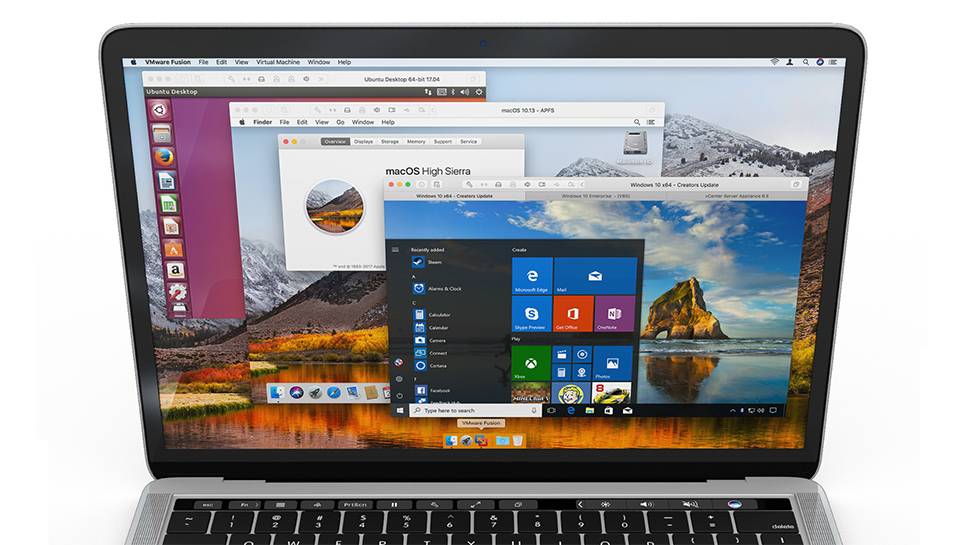 Launch virtual machines on Mac with macOS 10.13 High Sierra, including APFS support, or safely test the latest macOS in a sandbox on your current Mac without disruption. With an updated UI and support for the latest Touch Bar enabled Macs, Fusion is better than ever. 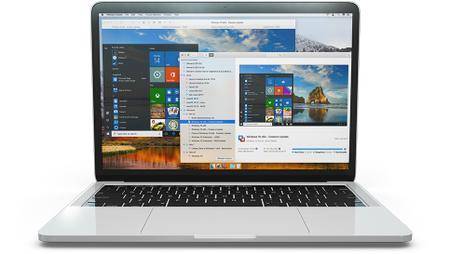 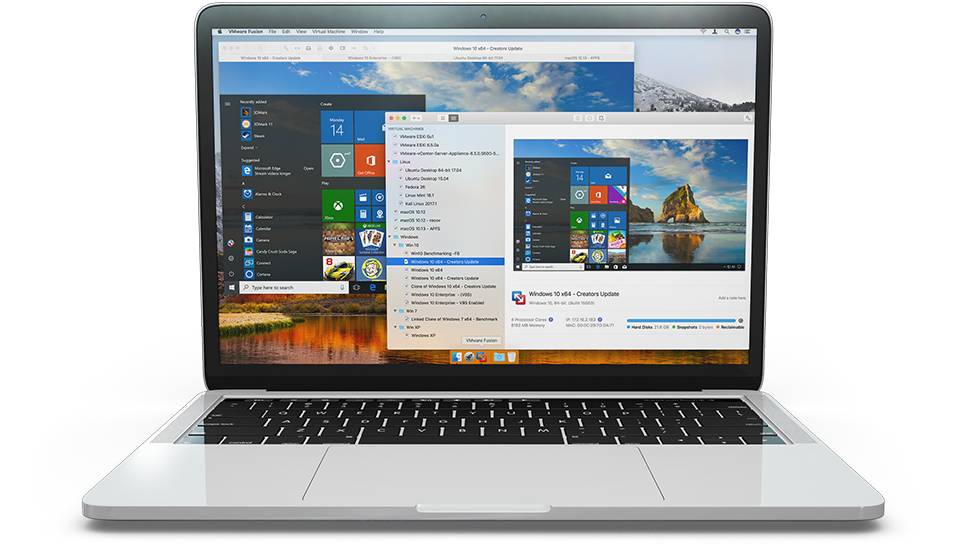 Stay on the cutting edge with full support for running the latest versions of Windows 10 as a virtual machine on your Mac. 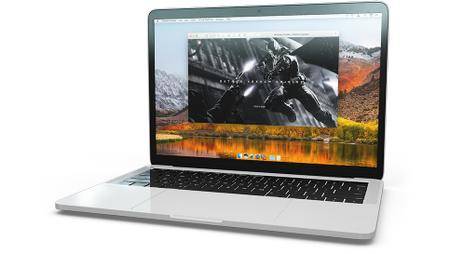 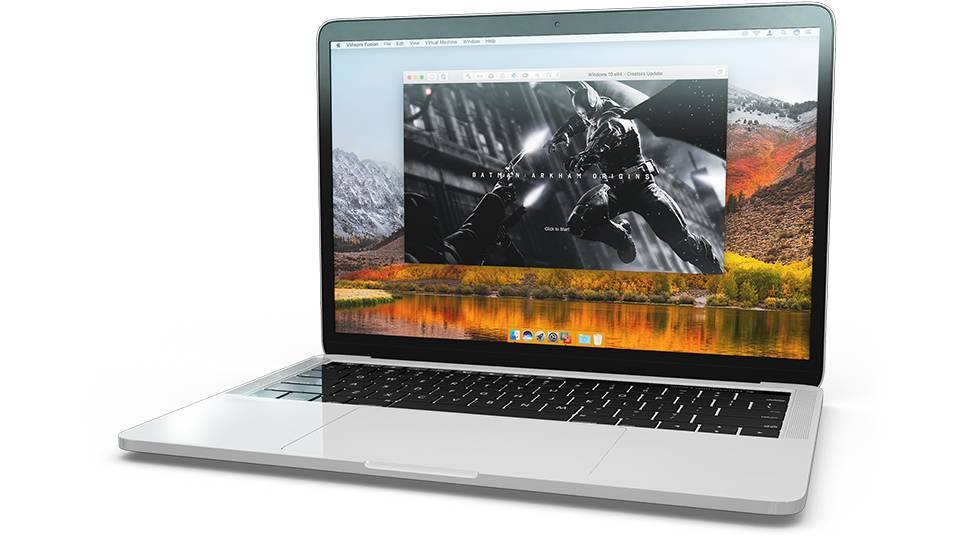 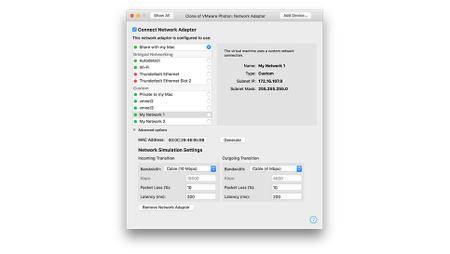 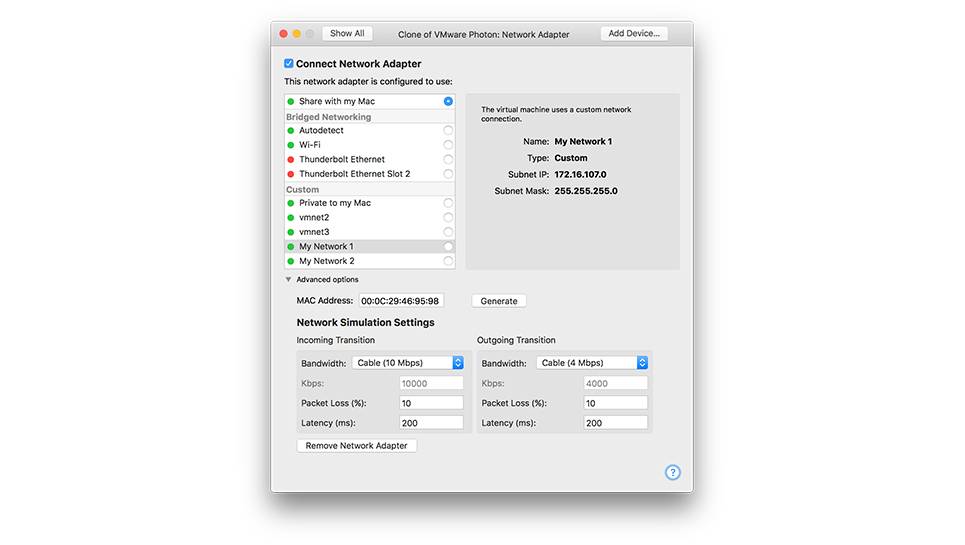 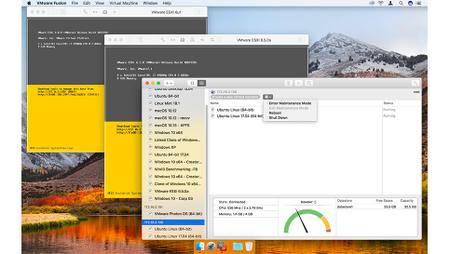 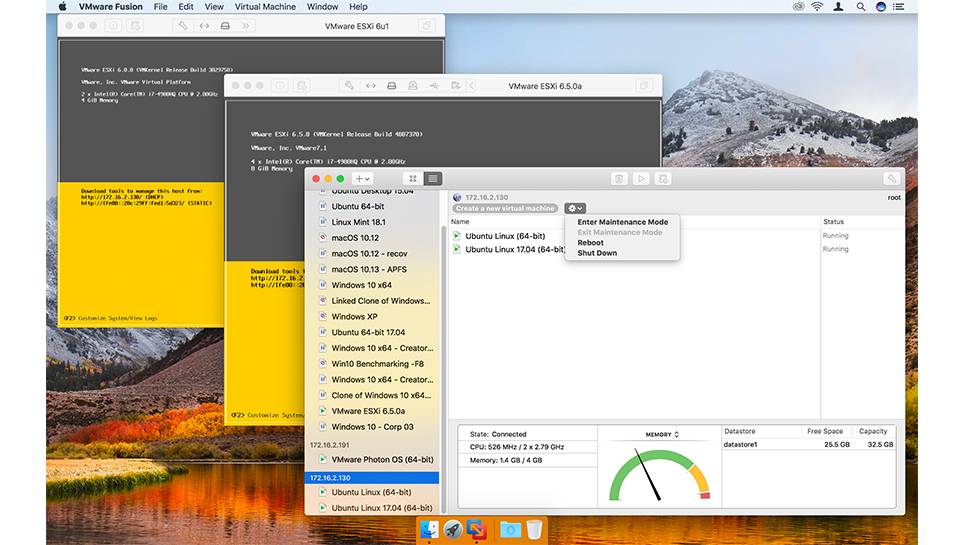 Connect to vCenter, ESXi or Workstation Pro servers to drive, control, and configure VMs or ESXi Hosts, or transfer virtual machines back and forth with a simple drag-and-drop. With a common underlying hypervisor, Fusion makes it easy to run or control VMs from the corporate data center from the comfort of your Mac. 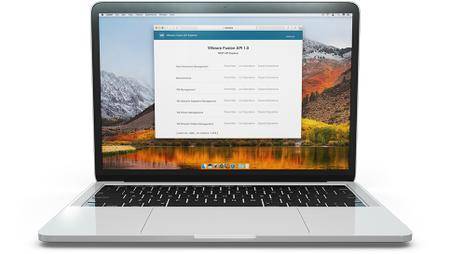 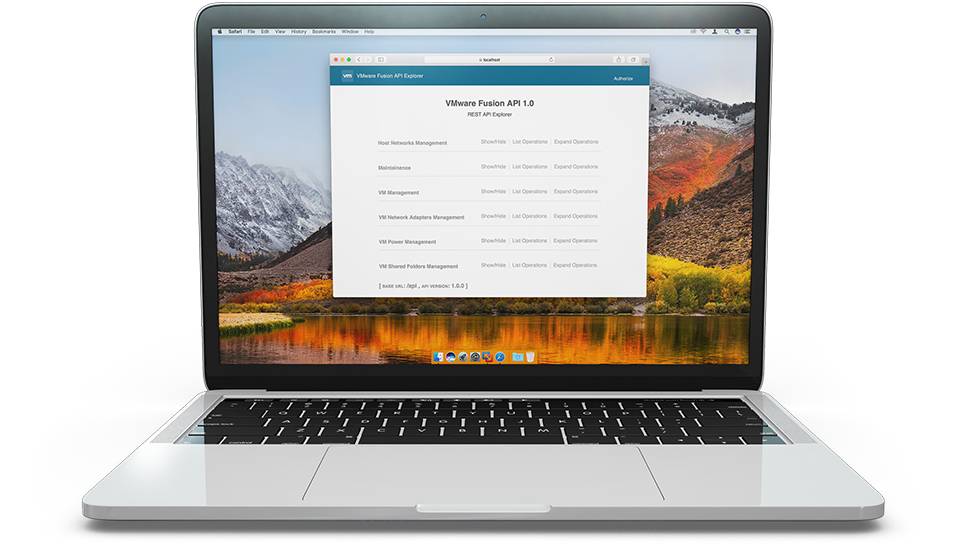 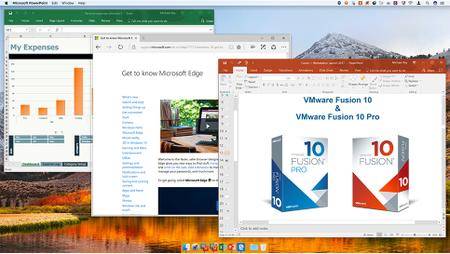 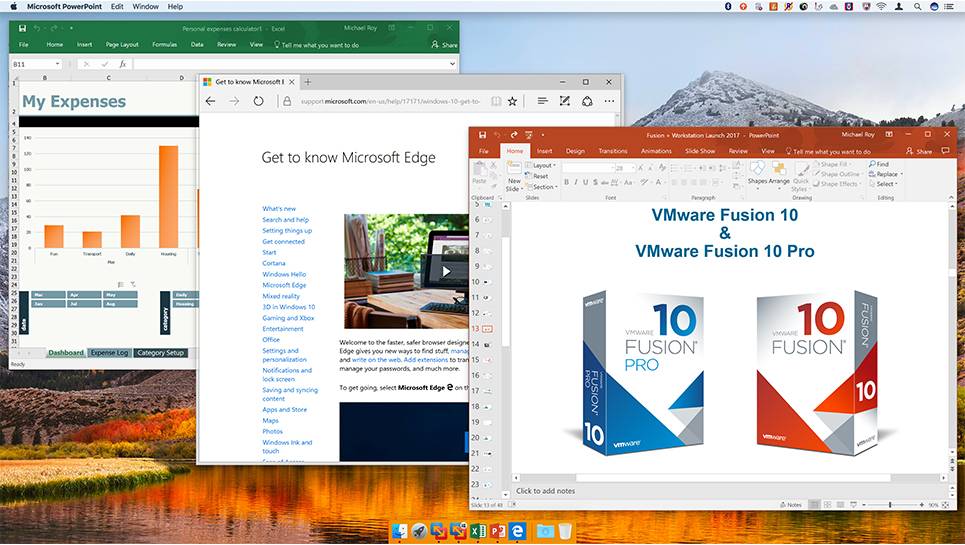 Fusion’s Unity View Mode hides the Windows desktop so you can run Windows apps just like Mac apps. Windows apps can launch directly from Dock, Spotlight or Launchpad and, once running, can be viewed in Exposé, Spaces and Mission Control just as if they were Mac apps.

Helpful Snapshots and Clones
Use Snapshots to create a rollback point to revert to on the fly, which is perfect for testing software or creating repeatable demos. Clones make it easy to test a variety of different scenarios without the need to deploy the same OS configuration multiple times.

Complement to Boot Camp
No more choosing between Windows or Mac at start-up. Fusion lets you run Windows and Mac apps side-by-side directly from your existing Boot Camp partition without re-installing or rebooting.

Clones for Rapid Duplication
Save time and effort when creating the same virtual machine configuration repeatedly. Use “Linked Clones” to quickly duplicate a VM while significantly reducing physical disk space, or use “Full Clones” to create fully isolated duplicates that can be shared with other Fusion or Workstation users. *Pro Only

Accessibility
VMware is dedicated to supporting its customers by making Fusion and Fusion Pro accessible to people with disabilities in alignment with the regulations of Section 508 standards. Leverage the Mac’s assistive technology and Fusion to interact with elements inside of Windows to give accessibility controls to applications that wouldn’t otherwise have them.

Integrated Experience
Enjoy seamless copy-and-paste between Windows and Mac, drag-and-drop file sharing, folder sharing and mirroring, and networking and printing that require no setup but can be highly customized for professional or advanced use cases.

Sandboxed Experience
Isolate the Mac from Windows by disabling integration features to secure and protect the operating systems from each other. VMware Fusion gives you choices that aren’t possible when carrying a second computer.

Simplified OS Installs
With Fusion, you can run Windows from a Boot Camp partition, install from a Windows disc, migrate from an existing PC or even install macOS as a virtual machine from the recovery partition. Fusion provides a simple yet customizable way to install multiple operating systems on your Mac. New in Fusion is updated support for the Open Virtualization Format which includes an effortless installation walkthrough of the VMware vCenter Server Appliance OVA.

Retina and 5K Display Ready
VMware Fusion looks great on the latest 5K iMac displays and supports mixed retina and non-retina setups. Use a standard DPI display with your retina MacBook Pro or add a 4K display to your setup without hassle. No matter what sort of display you’re using, Fusion makes Windows look better than ever.