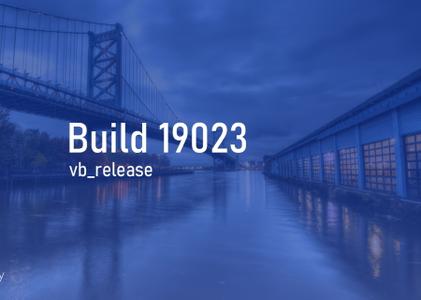 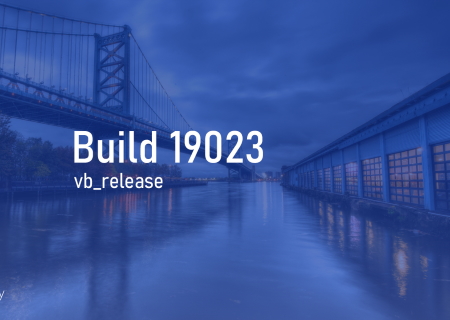 Other updates for Insiders

We’re continuing to look at ways we can improve the update experience on Windows 10 PCs for our customers. As part of this effort, we are conducting an experiment related to how we deliver driver updates through Windows Update. During this experiment, drivers categorized as “optional” will not be automatically downloaded and installed on Windows Insider’s PCs running 20H1 Build 18980 and newer. To install any new optional drivers available for a PC that’s involved in this experiment (including drivers for new devices that might get plugged in to a PC), Insiders can go to Settings > Windows Update > Optional Updates and manually download these drivers. This experiment will be running now through November 25th, 2019.


General changes, improvements, and fixes for PC
- We resolved an issue where, if a build attempted to download and install before you had completed the first log in of a prior install (such as Build 19013), you would experience a 2-hour window before you could install this new build.
- We fixed an issue resulting in a lag processing input when running a video fullscreen.
- We fixed an issue where the quick action section in the Action Center was slightly off-center in the last few builds.
- We fixed an issue that could result in Cortana’s voice activation setting switching from on back to off after explorer.exe restarted, or if you rebooted your PC.
- Just a reminder for Insiders, that as of the previous flight, based on feedback, we’ve decided to remove the downloads folder from Disk Cleanup. If you liked having this option, it’s still available via Storage Settings.
Known issues
- We’ve identified an issue preventing Sandbox and WDAG from working. If you rely on these features, you may consider pausing updates before taking this build. We know what’s causing this issue, and we’re working hard to get another flight out with the fix as quickly as possible.
- BattlEye and Microsoft have found incompatibility issues due to changes in the operating system between some Insider Preview builds and certain versions of BattlEye anti-cheat software. To safeguard Insiders who might have these versions installed on their PC, we have applied a compatibility hold on these devices from being offered affected builds of Windows Insider Preview. See this article for details.
- We’ve heard that Settings still isn’t available outside of launching via the URI (ms-settings:) for some Insiders and are investigating.
- Some Insiders are reporting that after successfully installing printer drivers from the Optional Updates section, the same driver is still showing as available for install. We’re looking into the issue.
- We’re investigating reports that certain fingerprint readers are no longer working as of Build 19013. If you’re impacted, for now you’ll need to log in with a password instead–appreciate your patience.


The Bing Insider Program gives you a voice and a DIRECT channel to the Bing teams. It’s an opportunity to give us feedback on features, concepts, and ideas still in development. We have created a myriad of fun ways to collect your feedback and, what’s best, is that you’ll be able to see your feedback make a difference. You’ll directly help us make Bing great for you, your friends and family.

At Microsoft, we have a number of Insider programs to get customers involved in our product planning. Here are a few that you might be interested in looking into: Office Insider, Windows Insider, Skype Insider, Xbox Insider.

After registering in the Windows Insider Program and installing your first Windows 10 Insider Preview build1, you will begin to receive updates to the device(s) you have enrolled. During the development process, the build number will change with each update.

The options for the frequency of Windows 10 Insider Preview builds are called “rings.” Each ring presents a different level of stability and will be delivered on a different build cadence.

The benefit of being in the Fast Ring is that you will be among the first to use and provide feedback on new and improved features.
The benefit of being in the Slow Ring is that you’ll still receive new updates and features on the Development Branch, but the builds will be more stable. Builds are sent to the Slow Ring after feedback has been received from Insiders on the Fast ring and analyzed by our Engineering teams.
Release Preview Ring - its if you want to be on the current public release of Windows 10 but still get early access to updates, applications, and drivers without taking the risk of moving to the Development Branch, the Release Preview Ring is your best option.


** System requirements:
Processor: 1.4 gigahertz (GHz) or faster.
RAM: 1 gigabyte (GB).
Free space on hard disk: 20 gigabytes (GB).
Graphics card: DirectX 9 graphics device or a newer version.
Additional requirements to use certain features.
To use touch you need a tablet or monitor that supports multitouch.
To access the Windows store to download and run apps, you need an active Internet connection and a screen resolution of at least 1024 x 768 pixels.