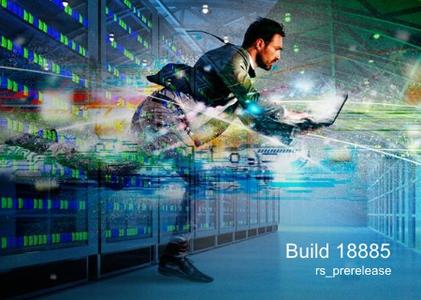 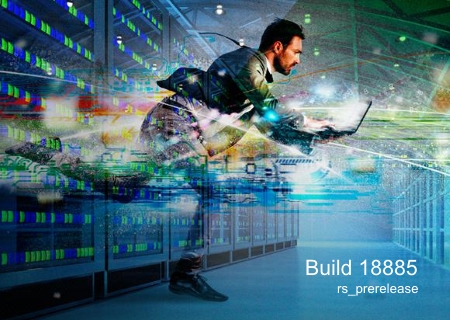 Windows 10 Insider Preview build 18885.1001 is an assembly code-named 20H1, which is available to members of the Windows Insider program with priority for receiving Early Access and Skip Ahead updates. This assembly belongs to the development branch RS_PRERELEASE of the next major update of Windows 10, which is expected in spring (March-April) of 2020.

Today, we are excited to provide a preview into the newest feature for the Your Phone app – Notifications.

Stop reaching for your phone to check your notifications. Boost your focus and productivity by seeing your phone’s notifications on your PC. You are in control and manage which apps you want to receive notifications from. Dismiss a notification on one device and it goes away on the other.

With this preview, you can:

This feature will gradually roll out to Insiders on 19H1 builds. It may take a few days for this feature to show up inside the Your Phone app.

You can use the Your Phone app on any Windows 10 PC running Windows builds 1803 (RS4) or newer and most Android phones running Android version 7.0 or newer.

- Android devices version 7.0 and greater with at least 1GB of RAM.
- Windows 10 PC running Windows builds 1803 (RS4) or newer.
- Not supported on devices that have Notification Access disabled by work or other policy.

Ever had a word that you just can’t figure out how to spell? Or like to think out loud and wanna automatically jot it all down? In addition to English (United States), we now support dictation when using English (Canada), English (UK), English (Australia), English (India), French (France), French (Canada), German (Germany), Italian (Italy), Spanish (Spain), Spanish (Mexico), Portuguese (Brazil), and Chinese (Simplified, China)

How to try it? Set focus to a text field and press WIN+H! Or you can tap the little microphone button at the top of the touch keyboard. Say what you wanna say, then press WIN+H a second time or tap the mic button to stop the dictation, or let the dictation session time out on its own.

Notes:
- Speech resources will need to be downloaded for dictation to work. To check that they’re available, go to Language Settings, click on the desired language, and then click on Options. If speech resources are available but haven’t been downloaded, there should be a download button.
- Dictation is based on the language of your active keyboard. To switch between preferred languages, press WIN + Space.

Based on your feedback, with Feedback Hub version 1.1903, Insiders with Windows set to a language other than English now have the option of browsing English feedback within the Feedback Hub, as well as submitting feedback in English on the New Feedback form.


General changes, improvements, and fixes for PC
- We fixed an issue that could result in USBs and SD cards being unexpectedly assigned a different drive letter after upgrading.
- We fixed an issue that could result in the post install setup message unexpectedly appearing while you were actively using your PC sometime after login.
- We’ve improved the layout of the App Volume and Device Preferences page in Sound settings and tweaked the page view for better usability.
- We’ve updated the text of the Storage Sense group policies to make them a bit more clear.
- We fixed an issue that could result in the “Make Windows better” page appearing after login showing “please wait”, with a progress wheel, for a long period of time. We also fixed an issue that could result in this page unexpectedly appearing while you were interacting with the device sometime after login.
- We fixed an issue that could sometimes result in Windows Hello looking for the user and immediately signing them back in right after locking the PC, rather than first prompting with “Welcome back, dismiss the lock screen to sign back in”.
- We fixed an issue that could result in some Insiders seeing only a flat blue screen when connecting to a recent build over remote desktop.
Known Issues
- There has been an issue with older versions of anti-cheat software used with games where after updating to the latest 19H1 Insider Preview builds may cause PCs to experience crashes. We are working with partners on getting their software updated with a fix, and most games have released patches to prevent PCs from experiencing this issue. To minimize the chance of running into this issue, please make sure you are running the latest version of your games before attempting to update the operating system. We are also working with anti-cheat and game developers to resolve similar issues that may arise with the 20H1 Insider Preview builds and will work to minimize the likelihood of these issues in the future.
- Some Realtek SD card readers are not functioning properly. We are investigating the issue.
- If you use remote desktop to connect to an enhanced session VM, taskbar search results will not be visible (just a dark area) until you restart explorer.exe searchui.exe.
- We’re investigating reports that on certain devices if fast startup is enabled night light doesn’t turn on until after a restart. (Note: The problem will occur on a “cold” reboot or power off / power on. To work around if night light doesn’t turn on, use Start > Power > Restart.)
- There’s a noticeable lag when dragging the emoji and dictation panels.
- Tamper Protection may be turned off in Windows Security after updating to this build. You can turn it back on.
- Some features on Start Menu and in All apps are not localized in languages such as FR-FR, RU-RU, and ZH-CN.
- [ADDED] When you try to restore a previous version of Windows you get an error message that you need to delete the new account “NT Service\wlpasvc” before you can continue. To do this:
. Run “Regedit.exe”
. Navigate to “HKLM\Software\Microsoft\Windows NT\CurrentVersion\ProfileList”
. Search for wlpasvc
. Delete the node containing wlpasvc, which is different for each user.
Known issues for Developers
- If you install builds from the Fast ring and switch to either the Slow ring or the Release Preview ring, optional content such as enabling developer mode will fail. You will have to remain in the Fast ring to add/install/enable optional content. This is because optional content will only install on builds approved for specific rings.