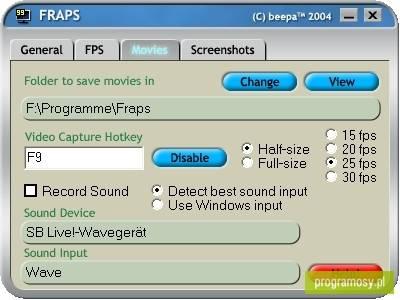 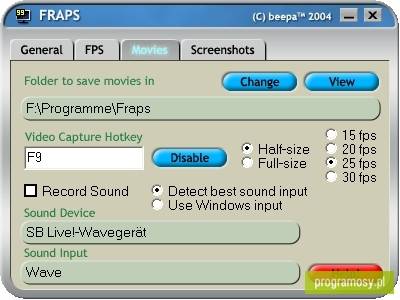 Fraps ver. 2.81 | 2.6 MB
The Fraps codec allows decoding of Fraps-encoded videos (using a media player capable of decoding the AVI container format) or conversion to other video formats (with the use of the right software). The Fraps video codec manages to capture videos with minimal impact on game performance, as it has been optimized to achieve compression higher than uncompressed RGB, resulting in smaller filesizes, though the format is considerably less space-efficient than more heavily compressed video formats such as DivX. (Few computers can encode video to high-compression formats such as DivX on the fly, and few hard drives are fast enough to be able to record the immense amount of data produced in using uncompressed video. The Fraps format is a compromise of the two.)