Posted By: Pressa
What are the two other names that a Woodblock is often called?
In which country would you expect to hear a Dung Chen?
To which family of instruments does the Qin belong?
How would you play a Vibraphone?
In which country would you expect to see a Balo being played?
What are Cymbals made of?
What is the bag on a Highland Bagpipe made from?
How long in centimetres is a Zilli Masa?
Write down the names of 5 musical instruments, which are related to the Oboe.
What vibrates on a Resonator Guitar?
What is a Whip made of?
What is it that rattles in a Rattle Drum?
Do you know the right answers to the above questions?
No?
Well, you definitively need Microsoft Musical Instruments, a really invaluable piece of software! 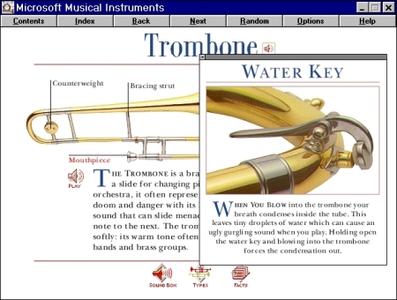 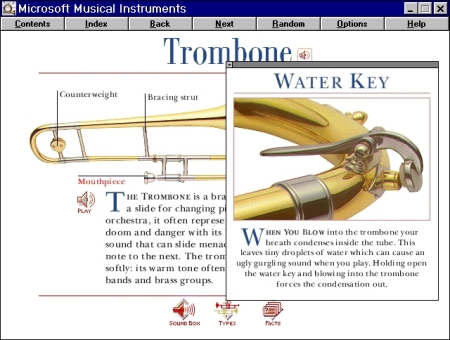 Once upon a time (it was the 1992) Microsoft wasn't that giant Software House that now is; the Operating System in use was MS-DOS and Windows 3.11 was the only graphical interface available (it was also the time in which I still buy original softwares, but this would take too long to tell…). IMHO the guys at Microsoft had the time to produce still good Softwares amusing himselves. This sofware is a clear example.

More than 250 instruments are included in this program, with a picture, a description, a sound clip, and a aural pronunciation of each. The instruments can be sorted alphabetically, by families, by regions of the world, or by ensemble. Some of the more common instruments include more than one picture, with closeups of certain features, and additional sound clips demonstrating the instrument in various ensemble settings. An interesting feature is the "Random" button, which moves randomly from instrument to instrument, displaying the picture and description while playing the sound clip for each.

The software work perfectly under Windows XP, in a 640x480 windows.

Finally, a gift for all the AvaxHome Italian friends: the same, identical software, localized for Italy! (and called "Microsoft Strumenti Musicali").
Completely - and very well - traduced, has the possibility to run in full screen mode (yes, Microsoft produced the localized version in 1996, after the "advent" of Windows 95…). A really must have! 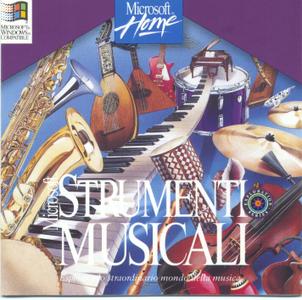 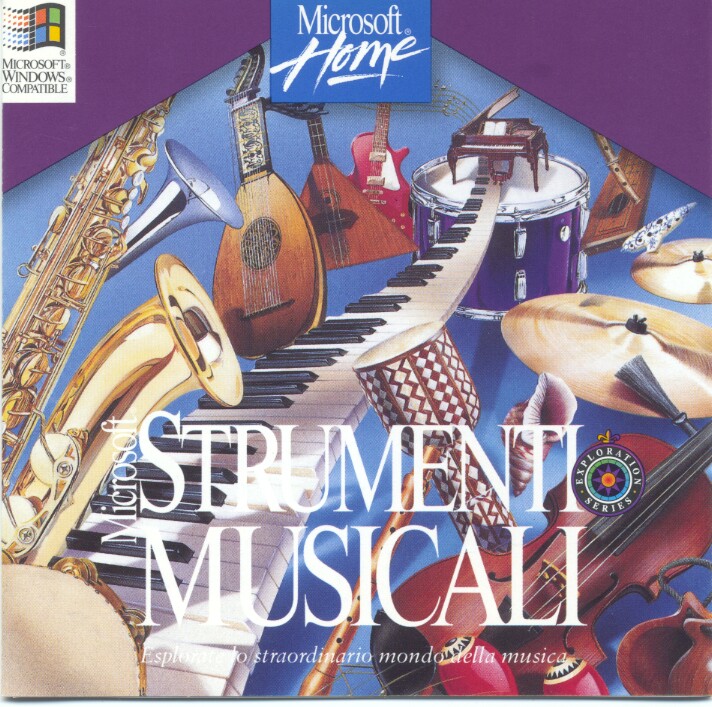 Obviously, like all the really good things, Microsoft discontinued this product.

I hope you all enjoy it!