Open your mind: for open your vision of the world 5 CD of Monroe Institute

Posted By: typotype
for expand your brain 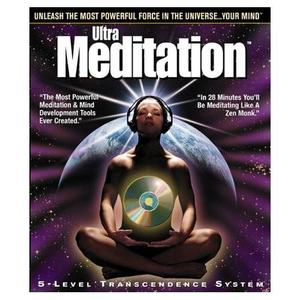 Open your mind: for open your vision of the world 5 CD of Monroe Institute 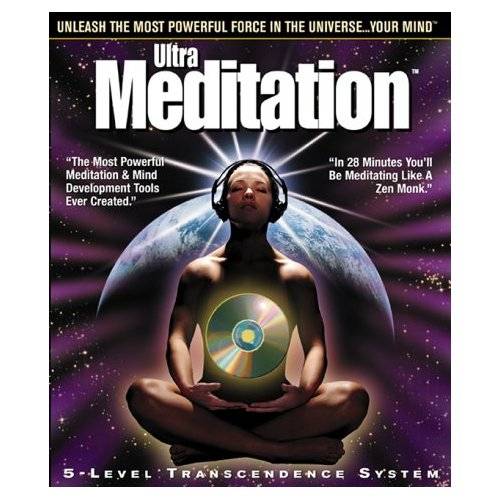 The 5-Level Ultra Meditation System For Transcendence…Peak Experiences & Discovering Your Place in the Universe.
I’VE SPENT THE LAST 20 YEARS searching for tools that could shift the energies of consciousness, and unfold a state of enlightened awareness. What I’m about to reveal may be the simplest, most powerful technology for unleashing the hidden powers of the human mind.

A VACATION IN 28 MINUTES
Listen: I did everything in the 70’s and 80’s. From retreats to flotation tanks, and brain tune-up machines. But none of it prepared me for the power of the Brain Supercharger® technology. As I plugged it into my stereo player, I kept thinking, \"it’s just a recording.\" Then I put on my headphones, flipped the switch, and woosh…I was immediately transported into another time and place. My body became extremely relaxed. My arms and legs felt numb. I began to experience new things. I started having long conversations with a voice inside my head, experiencing vivid memories, and a flood of creative ideas.

It seemed as if my mind and body were in two separate places. Words can hardly describe the experience but it was like taking a two-week vacation in 28 minutes. Perhaps one of the great untold discoveries of our time is the knowledge of how to manipulate the energies of consciousness—to unleash the true potential of a human being. For thousands of years the only way to achieve a state of enlightened awareness was through meditation. That’s where this new audio technology steps in. And the results are confirming what the ancient masters have intuitively known for centuries. And that is this…

Sitting in a cave chanting or staring at a candle focusing your consciousness —driving it inward—shifts the energy in your brain, eventually unfolding a state of enlightened awareness.

ULTRA MEDITATION—MEDITATES YOU!
The difficulty with traditional meditation practices is it takes years of concentrated effort to train your brain to redirect its energy into optimal patterns. But there is a way to access higher states of consciousness, without being an expert in meditation. A way to drive your brain into an altered state—automatically, at the push of a button. If you’re skeptical, I understand. However, I wouldn’t ask you to make this leap of faith without proving it to yourself and basing your answers on actual personal experience. That’s why the Ultra Meditation™ 5-Level Transcendence System was developed.

ZEN MONKS & FIREWALKING YOGIS
Experienced meditators, such as yogis and mystics, spend a majority of their life learning to control these physiological responses. After years of practice, they develop an ability to tap into the unconscious portions of their minds and unleash creative and mental powers that cannot be accessed in their normal waking state. We’ve all heard and read about firewalking yogis who can walk across a bed of burning coals at temperatures that should have reduced their feet to smoldering stumps, yet at the end of their walk, they suffer not so much as a blister. For those new to meditation it is very difficult to grasp the concept that our so-called \"normal\" waking state is neither the highest, nor the most effective state of which the human mind is capable. That in fact, there are other states of much greater awareness where one is able to enter into for brief periods of time, and then return—enriched and enlivened.

It is widely known by science that only a small part of our total mental activity takes place in the conscious part of the mind. Science has no idea what really goes on in the vast portion of unconscious. This is unknown territory. What we do know is that those who make direct contact with their unconscious mind through meditation, find incredible personal insight and are able to remove self-limiting blocks that prevent them from achieving their goals and finding happiness in life. This is why people spend years studying meditation practices. To empt

good experience, and i woorking for another CD