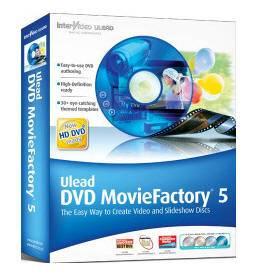 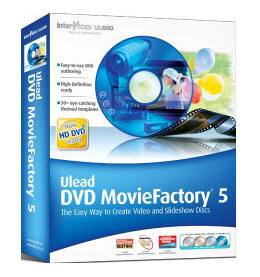 Disc burning is about to enter a new era, with the imminent arrival of high-definition optical products looming on the horizon. But the burners are just big storage devices, and to make the most of them you’ll need similarly next generation software. Ulead’s DVD MovieFactory 5 is the first authoring tool we’ve seen to fit the bill, with support for HD DVD out of the box and Blu-ray to be added at a later date. 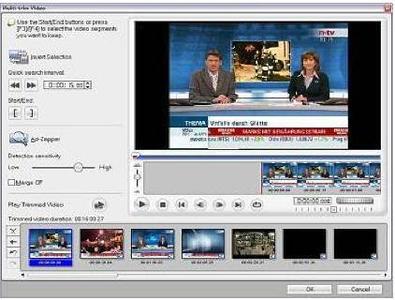 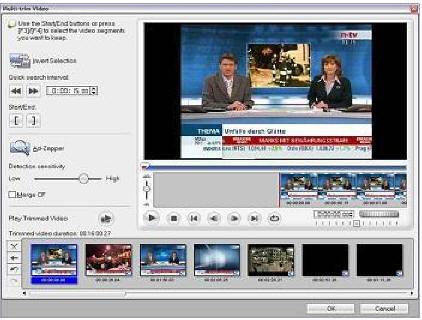 This isn’t just another tickbox, though: the step up to HD authoring is vital as we move into an HD era of TV and video. We were able to use MovieFactory to create folders and ISOs for HD DVD from HD source footage. You can burn these to a regular DVD as well if you want.

Not all HDV capture formats can be readily imported, however. We had no problems bringing in video directly from a Sony HDR-HC1E camcorder using the capture utility, and HDV captured externally in its native MPEG2 format was fine as well. But the software slowed to a crawl when we tried to import HDV captured with Adobe Premiere 1.5 using its CineForm HD codec.

Don’t get overly excited about using all the interactive menu programming possible with HD DVD either. Although motion is built into MovieFactory’s five preset menu formats, it essentially treats the new formats as big DVDs with support for HD video. You can also only choose to author discs using the MPEG2 encoding option, not the Microsoft VC1 or MPEG4 H.264 alternatives. The
software currently only supports drives from Pioneer and Toshiba, but free patches will add future devices as they become available.

Although HD optical support is the headline act, MovieFactory 5 has a plethora of other enhancements. The Launcher front end has been redesigned yet again, ditching its previous Mac OS X pretensions. The new look is clean and simple, providing easy access to the suite of utilities included with the main program. This iteration also indicates a slight change in strategy for Ulead. The Standard version on review now includes some features from the Disc Creator bundle, in particular the ability to create data and music discs. Unlike previous versions, Ulead isn’t releasing an expanded Disc Creator version at the same time. This might arrive later in the year, but no date has yet been fixed.

Considering MovieFactory is such a popular inclusion with TV tuner cards, it’s no surprise to see that one of the latest feature additions is an automated ad-removal tool called Ad-Zapper. This resides within the Multi-trim Video applet and picks out ads as separate clips that you can then delete from the timeline. We tried it out on a full-length movie and found it managed to pick up the ads pretty effectively. The branded sponsorship sequences either side of each break weren’t detected, but at least the software had found all the intermissions, making trimming off these sponsorship sequences easier. You can now also zoom in and out of the timeline in the Multi-trim tool, so, in general, moving around large video files is now much simpler.

The core authoring toolset has seen a number of useful enhancements as well. There’s now an automatic chapter-creation tool, which can either add chapters at fixed intervals or detect scenes for you. This will come in very handy for rapidly creating a navigation menu.

Menu design options have been expanded with Smart Scene Menus, which are automatically created motion menus. Text-only menus are also now available, which is useful if you have lots of chapters. You can add menu transitions, with 33 different animated effects supplied for bringing menus in and out, and there are more menu customisations at your disposal. Pan and zoom effects can be added, plus motion filters, which overlay animations like bubbles or roving spotlights. You shouldn’t overuse these, but they’ll come in handy to give static bitmap-based menus a bit more life. On a more prosaic level, it’s now possible to rotate buttons and text as well as resize them for even more layout control.

The encoding engine has been improved by the addition of a two-pass variable bit-rate option – an extra level of quality sorely missing in previous versions, although encoding time will be increased considerably. However, although you can encode Dolby Digital Stereo directly, if you want 5.1 surround you’ll still need to have it ready-prepared from another source. MovieFactory has no surround mixer, although it can mix existing 5.1 sound with video during authoring.

DVD MovieFactory 5 feels like a much bigger upgrade than version 4, especially as Ulead has been so quick off the blocks with HD support. However, the authoring toolset enhancements are also very welcome: considering the low price, DVD MovieFactory has now become an even more capable disc-authoring tool for the money.