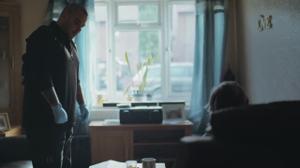 Exposure
Exposure is a current affairs strand, broadcast in the United Kingdom on the ITV network. The programme brings together six films made by different producers exploring and investigating foreign and domestic topics, reporting on issues and telling human stories. The series was commissioned for ITV by Peter Fincham, ITV Director of Television and is a sister show to year-round current affairs strand Tonight. It made its debut on Monday 26 September 2011 - airing at 22.35, directly after ITV News at Ten.
Documentary