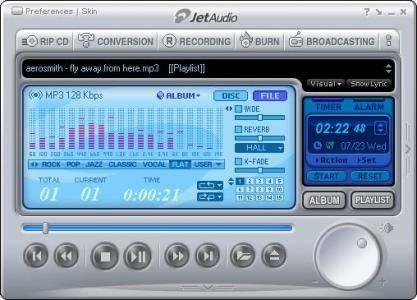 JetAudio 7 beta 1 (Basic) | 19 mb
JetAudio is integrated multimedia software composed of a single compact rack. Not only does it play various music and video files, but it also has other features such as CD burning, recording, conversion to other file formats, and so on. In addition to these features, you have the ability to create your own Internet broadcasting by using JetCast, which is provided with JetAudio. Play all major file formats and discs, including WAV, MP3, MP3Pro, OGG, WMA, MPG, AVI, WMV, MIDI, RM, and video, and audio CD. Convert among audio file formats, and record analog audio to various formats. The program features Internet broadcasting with JetCast; visualization plug-ins, including Sound2Vision; tag editing for MP3, OGG, and WMA; various sound effects including wide, reverb, and x-bass; multichannel sound output; speed control of audio playback; crossfading for smooth transition between two songs; a skinnable user interface; synchronized lyrics display (karaoke) for MIDI and MP3 files; and subtitles. 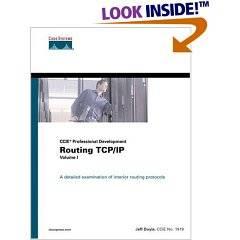 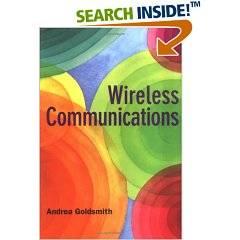 Wireless Communications
ISBN: 0521837162 | Author: Andrea Goldsmith | Publisher: Cambridge University Press | Number Of Pages: 672 | 3.3mb | PDF
Andrea Goldsmith has successfully created a book that balances the pressing needs of practical design and an appreciation for deep insights that come from theory. Written by a pioneer in adaptive modulation techniques for fading channels, this book is excellent in developing a working knowledge of modern wireless communication techniques that have been invented over the past decade. It is likely to become the standard textbook for wireless communications for the next 10 years.

HVAC Control in the New Millenium 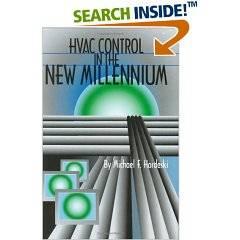 HVAC Control in the New Millenium
ISBN: 0824709152 | Author: Hordeski | Publisher: Fairmont Press | Number Of Pages: 387 | 1 mb | PDF
Advances in personal computer control and sensor technology are leading the advances in building controls as we enter the new millennium. Pushing the technology are potentially high reductions in operating costs from increased operational efficiency. Building conditioning now accounts for about 20% of the total energy consumed in the U.S., so computer-optimized HVAC systems can make a major contribution in reducing our national energy use.
Hardware
Details 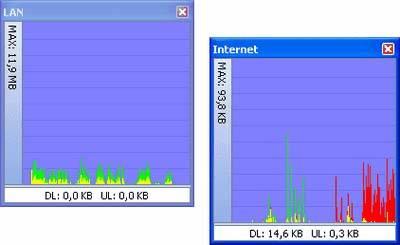 BWMeter ver.2.6.4 | 0.4 mb
BWMeter is a powerful bandwidth meter, monitor and traffic controller, which measures, displays and controls all traffic to/from your computer or on your network. Unlike other products, it can analyze the data packets (where they come from, where they go, which port and protocol they use). This makes it possible to distinguish between local and internet traffic for example. BWMeter can also be used for traffic control by setting a speed limit for all kinds of connections or restricting access to certain internet sites. It creates statistics for all computers in your network, measuring and displaying all LAN traffic as well as download / upload from the internet. You can even define filters which show your transfer with certain internet addresses (e.g. to see how much data you download from your favorite news server). BWMeter is ideal for home users to get an overview of how much bandwidth they use, as well as small to large businesses, where one computer can control the traffic and maintain the statistics of downloaded / uploaded data of all computers in the network. The product is easy to configure and offers a rich set of options and features for beginners as well as experts and network administrators.

Wondershare Photo Collage Studio is a digital photo collage utility that assembles favorite photos into an artistic compilation. You can make great photo collages, either quickly and easily - with photo frames and special mask effect, or creatively - with rich Cliparts and Wordarts to choose from. Each masterpiece can printed over and over again.
Windows CAD Graphics
Details 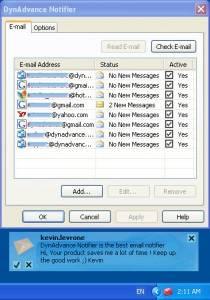 DynAdvance Notifier ver.1.2.333 | 1.2 mb
DynAdvance Notifier is an email notification tool that notifies you when you have new Email on a variety of account types, including Gmail, Hotmail, MSN, AOL, Yahoo! Mail, POP3 and IMAP Mail.It sits in your system tray and opens a pop-up window whenever you receive new Email.It also shows you a preview of the new message and automatically logs you in to your webmail account ( for some types of accounts ), or automatically launches your favorite email client.
Windows LAN Internet
Details

This award-winning program will save you time and money as you automate your computer tasks with macros. Whether you are looking for a personal productivity tool or, like many of our corporate customers, need a powerful, reliable program to automate tasks in a professional environment, Macro Mania is your solution.
Windows Utilities
Details

Encrypt your files, folders and drives. Plus, password protect your applications for free.
Secure your computer by password protecting your Windows applications, programs and EXE files. Plus, protect your data with encryption for your files, folders and drives - directly from Windows Explorer. Extra features allow you to disable the Task Keys, Software Installation, Internet Explorer, Mozilla FireFox, Downloading Files, Zip and Self Extracting Files and the Boot Keys (F8).
Windows Security Utilities
Details 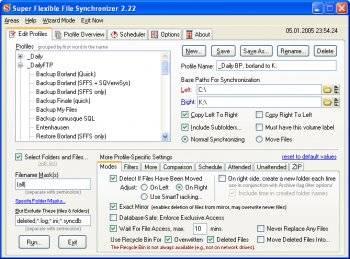 This software is used to back up data and to synchronize PCs, servers, and notebooks. The settings are stored in multiple profiles, and the software comes with support for FTP servers, ZIP compression, data encryption, and a scheduler for automated backups. On Windows NT/2000 or higher, the scheduler can run as a service - without users having to log on. This file synchronization tool features the ability to freely select files and folders across the whole folder hierarchy in tree-views and it has support for e-mail notification, profile categories, and various filters.

Memory Washer ver. 4.7.1 | 1.8 mb
As your computer runs out of memory it begins to slow down. Web pages load slowly or don't display correctly, applications fail and your computer freezes up or just plain crashes. Before you run out and buy yourself more RAM consider what Memory Washer can do for you!.
Memory Washer is a smart memory and process manager tool that scans your system increasing your amount of available memory by up to 95%. Memory Washer prevents Windows crashes by freeing up unused memory, making your computer faster and more dependable. With Memory Washer’s Processes Manager you can pinpoint unstable programs that waste your memory and manage those programs by terminating them or changing their current priority.
Memory Washer’s AutoFree RAM function automatically frees up RAM on your computer. You can choose to set up predefined levels based on time intervals or have Memory Washer automatically attempt to free RAM whenever your memory reaches a crucial level. Memory Washer will automatically speed up games and programs when more RAM is needed than you currently have available
Why waste money on more RAM? Utilize the memory you have and get more for your money with Memory Washer.
Windows
Details

PowerArchiver 2006 offers hundreds of features, yet remains easy to use, small and fast. Novice users will find a familiar interface complete with tutorial and detailed help, while more experienced users can take advantage of full Explorer integration, multiple encryption methods and advanced compression algorithms.
PowerArchiver is an award-winning archive utility for the Windows® family that provides support for most compressed and encoded files, as well as access to many powerful features and tools through an easy to use interface that seamlessly integrates with Windows Explorer. PowerArchiver creates and works with unlimited size ZIP archives with enhanced ZIP format speed and compression; a Password Manager stores your frequently used passwords; encrypts your archives using 5 different methods including 256-bit AES; back up your work with PowerArchiver's Auto-Backup tool and FTP support; creates powerful CAB and ZIP self extracting (SFX) archives using a Wizard; a Batch ZIP tool compresses hundreds of files all at once; and a Multi-Extract tool can extract hundreds of archives instantly. 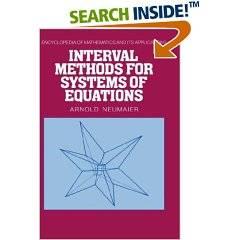 An interval is a natural way of specifying a number that is specified only within certain tolerances. Interval analysis consists of the tools and methods needed to solve linear and nonlinear systems of equations in the presence of data uncertainties. Applications include the sensitivity analysis of solutions of equations depending on parameters, the solution of global nonlinear problems, and the verification of results obtained by finite-precision arithmetic.
Technology Engineering Encyclopedia Dictionary
Details 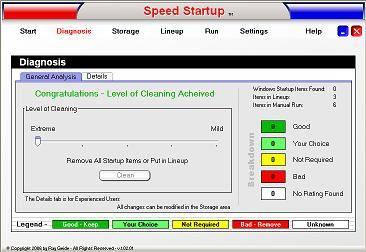 Don't wait minutes for your computer to run through the startup items and don't allow your computer to be slowed down by all of those worthless background programs that are put on your computer.
Windows Utilities
Details
Publication archive