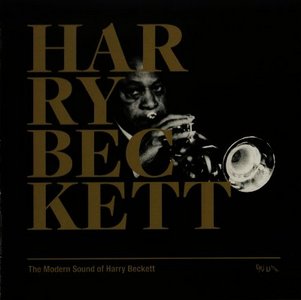 Harold Winston "Harry" Beckett (* 30 May 1935, † 22 July 2010) was a British trumpeter and flugelhorn player.
The Modern Sound of Harry Beckett teams him with a variety of dub-reggae and electro-jazz collaborators… 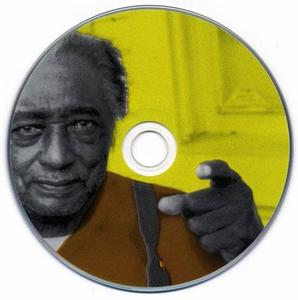 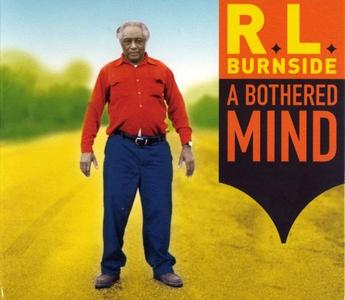 A Bothered Mind, ripped again at 320kbps, all covers included…

Not much to say about the album, to me Burnside's best,
Details 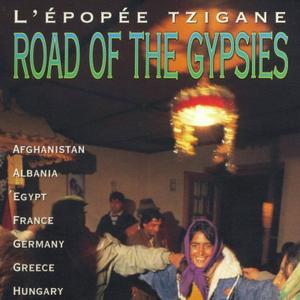 Road of the Gypsies is a compilation of 32 Tracks of different artists from different countries, from Afghanistan to Spain, such as:

… a widely spreaded compelation on that genre, a must for all lovers of Tzigane Music.

Good King Bahran Djour of Persia was moved by the laments of his most impoverished subjects. They called for music, and wished to celebrate like the rich. Bahran Djour asked his father-in-law, King Shankal of Kanauj, who lived in the high valley of the Ganges, to send 12000 musicians. When they arrived, the King provided them with a means of living off the fat of the land, giving each a donkey, a cow and a thousand bushels of wheat. After a year had passed, they appeared before him, starving. They had simply eaten the cows and the wheat. Annoyed, the king advised them to fit their instruments with strings of silk, mount their donkeys and take to the road - and henceforth earn their living from the music.

Since their first migration westward, the gypsies, who probably arrived from India well before the year 1000, have made an unceasing contribution to our musical culture. Scapegoats wherever they go, victims of social rejection on the one hand and the romanticised imagery of literature and film on the other, the Rom continue to uphold their traditions, far from our technological and social upheavels, they nurture all the warms, profundity and sense of community of the Orient. 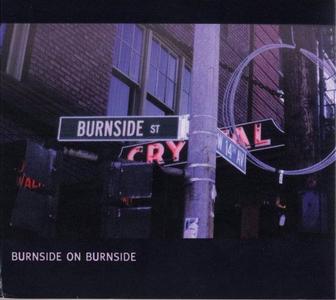 Recorded live at west coast tour 2001, this record catches that pour R.L. Burnside in a way no other Burnside album can do, simply by going directly to the place where Burnside has always made his home – on the stage live, with amps turned up and a croad ready to party – and letting the tape roll.
Details 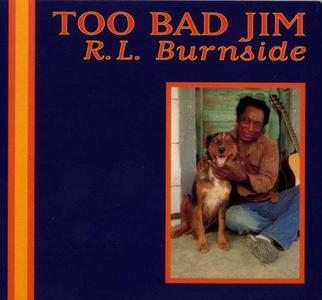 Lee Scratch Perry and the WhiteBellyRats - Panic in Babylon (2004) 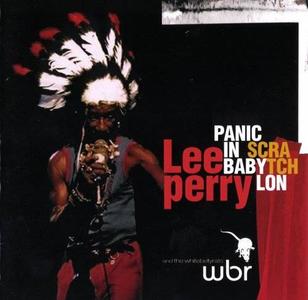 ..have a Perry salad, this is Perry's ballad!
Details 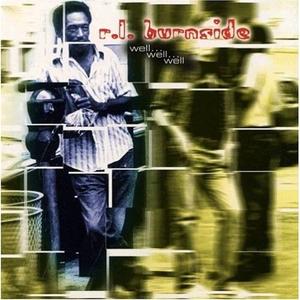 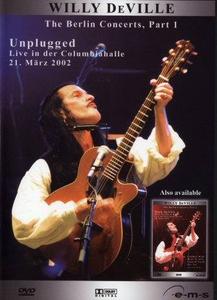 Willy DeVille - Junkers Blues 'The Berlin Concerts, Part 1, Unplugged, live @ Columbiahalle, 21.03.2002'
Video: MPEG 768x576 (4:3) 25fps PAL | Audio: MP2 48000Hz 320kbps | 03:53 | Size: 77,2MB
Genre: Blues
Willy DeVille is the founder, leader and principal songwriter of the band Mink DeVille. The band came out of the mid-70’s New York punk scene, but first broke worldwide with their 1977 hit Spanish Stroll. Their music belied their punk roots and mixed soul with R & B, blues and Cajun influences. The band continued to release albums until the mid-80’s when Willy began to perform and record under his own name. His solo single Storybook Love was nominated for an Oscar after it appeared in the film The Princess Bride. 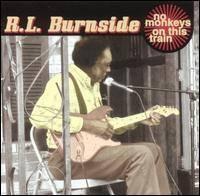 R.L. Burnside is one of the greatest blues artists of our time. R.L. has been performing since the 1950s, although he didn't garner much recognition until recording for Fat Possum Records in the 1990's. Along with his label mate Junior Kimbrough, R.L. has produced some of the most unique and passionate blues out there.
9/2/2005: I'm very sad to report the news that R.L. Burnside has died at the age of 78. He will be greatly missed.
http://www.geocities.com/SunsetStrip/Studio/4500/rl.html

R.L. Burnside's 'Heritage Of The Blues' contains a mixture of tracks from his Sound Machine days,
(Sound Machine was a contemporary blues group he had with his sons in the '80s),
as well as some live tracks from the Rhythm Room in Phoenix. Included is a very fine version of Little Walter's 'Last Night', Burnside standards 'Jumper On The Line' and 'Bad Luck Blues' and a swag of rarely heard numbers. Interspersed between tracks are spoken-word examples of Burnside?s great sense of humour. 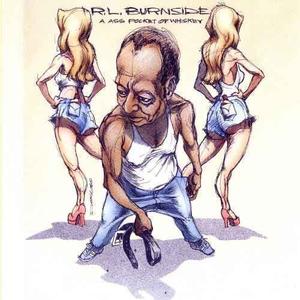 Although he had been playing for years, it wasn't until the '90s that R.L. Burnside's raw electrified Delta blues was heard by a wide audience. His new fans celebrated his wild, unbridled energy, so it made sense for him to team with the Jon Spencer Blues Explosion, the warped indie-rock band that's all about energy. However, the very purists who celebrate Burnside hate Spencer, believing that he mocks the blues. As the blistering A Ass Pocket of Whiskey proves, Spencer may not treat the blues with reverence, but he and his band capture the wild essence of juke-joint blues. And that makes them the perfect match for Burnside, who knows his history but isn't burdened by it.
Together, Burnside and the Blues Explosion make raw, scintillating, unvarnished blues that positively burns.
(Thom Owens - allmusic.com)
Details 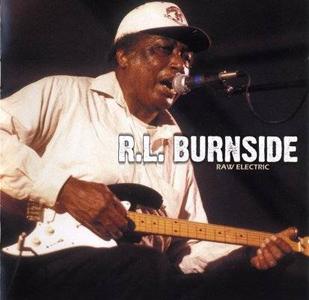 R.L. Burnside
Most young blues fans today know him as Mr. Wizard,
some sort of bluesy proto-punk who is innovating of remix technology to the blues.
These younger fans may not be aware that from the time of his first recording in 1967 until the early 1980s his image was that of solo country acoustic bluesman and that he recorded several albums in this format during those years.
Both of these images were somewhat false, the older one because it was anachronistic and the current one because it involves extensive outside manipulation of his sound. Burnside had switched to electric guitar long before 1967.
The only problem was that he seldom had a guitar and an amplifier that worked.
Sometimes he didn't even have them at all. When George Mitchell recorded him that year,
he let Burnside use his acoustic guitar, whitch was all Mitchell carried with him that year,
on his field recording expedition. The results were spectacular, but probably more a reflection of the Burnside sound of fifteen or twenty years earlier. They established the image, however, of R.L. Burnside was one of the last generation of acoustic Mississippi guitar bluesman……
But whatever his music is surrounded with, whatever manipulation is done to it after he has recorded it, and whatever type of guitar is put in his hands, R.L Burnside himself is always pretty much the same and will give a high quality blues performance.
Few of his fans today are aware that there was another Burnside from around the mid 1970s to the early 1990s,
a Burnside that had his own Band, the Sound Machine, made up of family members, and playing some of the toughest contemporary Mississippi country blues around.
This album, Raw Electric with his band, the Sound Machine, was recorded from 1979 to 1980.
Details

Posted By: tackro
Tinariwen - Amassakoul (2004)
Genre: World | 45:56 | MP3 160 Kbps | 52,7 Mb
Tinariwen strip rock down to its basic building blocks of rhythm, guitars, and voice. On their second CD there are no fancy studio tricks or multiple overdubs. They stick to what they've shown they do well – keep the music raw and emotional. While there are similarities to the desert blues of Mali, these Tuareg nomads from the Western Sahara are as much as rock band as the Stones at their best, capable of conjuring up magic with a guitar riff or lick. Oftentimes, the music has the same bluesy, undulating, hypnotic rhythm of a camel crossing the sand, as on ''Aldhechen Manin.'' But they can also crank the amps and unleash something to tingle the spine and feet, which they do on ''Oualahila Ar Tesninam,'' as frantic and primal a piece of Rock & Roll as you're likely to find. There's even a touch of rap on ''Arawan.'' But there's a complexity in their basic approach, the interlocking layers of electric guitars and the plaintive, defiant voices. To listen to Tinariwen is to believe once more in rock and its power. This is angry and passionate; it's dangerous music in the very best sense. Western bands might have forgotten how to rock as if their lives depended on it; Tinariwen can teach them.
allmusic.com – Chris Nickson
Details 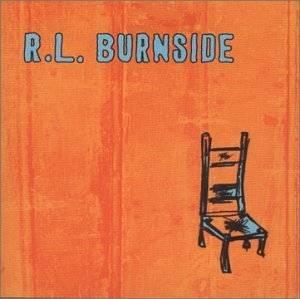 R.L. Burnside - Wish I was in Heaven Sitting down (2000)
Blues | 60:59 | mp3 192 | 83,8 MB
R.L. Burnside was born in Layfayette County, near Oxford, Mississippi in 1926. As a young man R.L. moved North into the neighboring Marshall County and began sharecropping. Inspired by John Lee Hooker's '50s hit ''Boogie Chillun','' R.L. began singing blues and playing guitar. In addition to the Hooker 45 rpm there were other local forces that influenced R.L as well, such as Mississippi Fred McDowell and Ranie Burnette. Fed up with the hopelessness of sharecropping, Burnside migrated to Chicago in hopes of finding economic opportunity. Chicago did not work out. In the span of one month R.L.'s father, brother and uncle were murdered. Check out ''Hard Time Killing Floor'' and the closing ''R.L.'s Story'' for R.L's take on his early years in Chicago. Around 1959 he returned to Mississippi to again work the farms and raise a family. 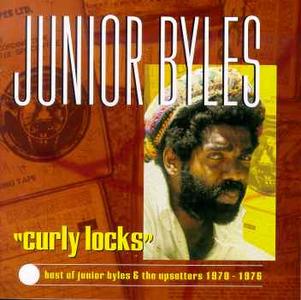 Junior Byles - Curly Locks - Best of Junior Byles & The Upsetters 1970-1976 | 1997
Genre: Reggae | 70:30 | mp3 192 | 97 MB
Junior Byles is one of reggae's legendary vocalists as well as being one of the biggest hit-makers for producer Lee Perry's Upsetters label. Junior scored huge hits with ''Da Da'', ''Curly Locks'' and a host of other songs during the 1970's. This collection contains Junior Byles' biggest hits as well as a sampling of songs done throughout his years with Lee Perry. Features 22 tracks, many previously unreleased, rare, or alternate takes, including three versions of the memorable ''Curly Locks.''
An essential collector's item. 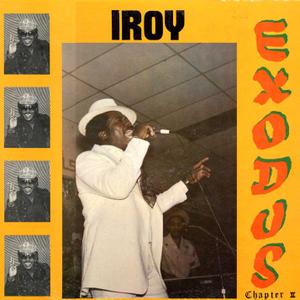 I Roy - Exodus Chapter 2 - Ten Commandments | 1978
Genre: Reggae | 30:52 | mp3 192 | 42,5 MB
“Along with U-Roy, Dennis Alcapone, and Big Youth, I-Roy was one of a quartet of DJs that reigned supreme over the Jamaican music scene during the early to mid-'70s. Of the four, I-Roy was the most eloquent, and his toasts were littered with references to pop culture, from movies to historical figures. He was also one of the most prolific, cutting scores upon scores of singles, and dozens of albums. Although the DJ's sun began to set at the end of the decade, I-Roy continued to record sporadically up to the '90s, by then, though, his life had taken a tragic turn…” – allmusic.com - Jo-Ann Green

I Roy - Exodus Chapter 2 - Ten Commandments
It was one of the most stunningly audacious concepts of all time.
Versioning a song was one thing, and by 1977 an enormously popular one at that, but the idea of versioning an entire album was something no one had ever even considered, least of all versioning a masterpiece like Bob Marley & the Wailers' Exodus.
But that's precisely what I-Roy did on Ten Commandments (aka Exodus Chapter II).

This album is a masterpiece that demands a new audience
source: Jo-Ann Green – allmusic.com