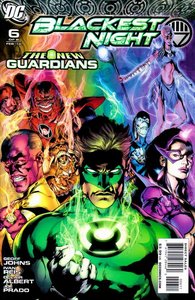 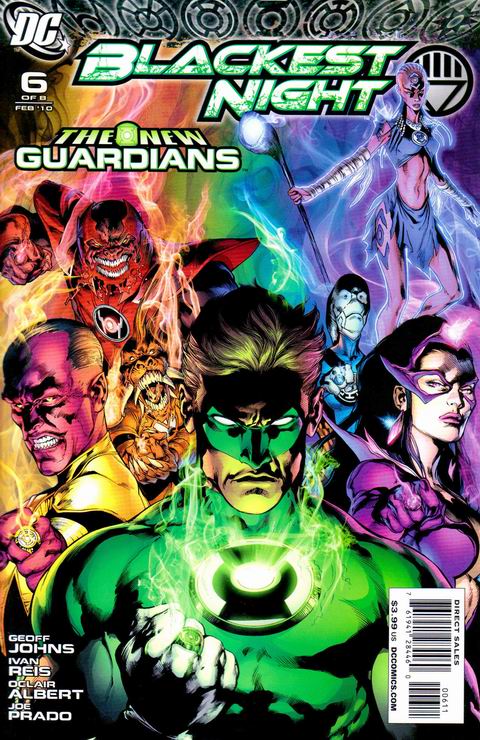 is an American comic book limited series published by DC Comics in 2009 and 2010, forming the basis of a crossover event between several DC publications introduced in issue #0 released on Free Comic book Day. Written by Geoff Johns and pencilled by Ivan Reis, Blackest Night follows and as the third part of a trilogy throughout the Green Lantern comics. The storyline was first revealed at the conclusion of . Issue #0 consists of a 12-page story that’s a lead-in to the DC Universe through Hal Jordan (Green Lantern) and Barry Allen (Flash). The second half of the issue is by artist Doug Mahnke and Johns, and is a guide to the different organizations that will play into the “Blackest Night” storyline. Blackest Night involves a personified force of death resurrecting deceased superheroes and seeking to eliminate all life and emotion from the universe. Geoff Johns has identified the series' central theme as emotion. The crossover will be published for eight months via a limited series, as well as in both the Green Lantern and Green Lantern Corps comic titles and for various other limited series and tie-ins. HAPPY NEW YEAR!

The secrets of Nekron are revealed as darkness consumes the DC Universe. Everything else: TOP SECRET. Written by Geoff Johns; Art and cover by Ivan Reis and Oclair Albert --