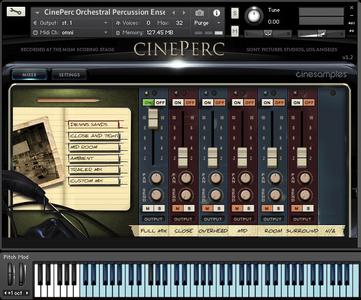 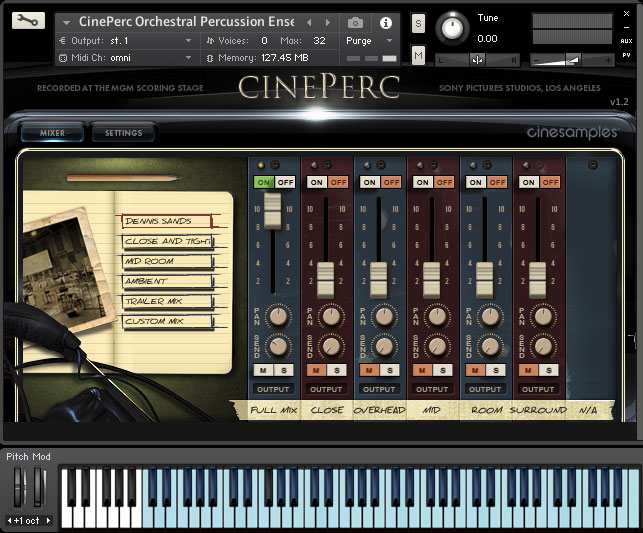 MERGING PRIOR LIBRARIES
CinePerc as a whole is now represented by one library, rather than four (Core, Pro, Aux, Epic). All instruments are clearly organized into a new folder structure which helps the user instantly identify which type of sound they are looking for (for instance Metals, Melodic, Ethnic, etc.). The original instruments have also been preserved in their own folder labeled '08 LEGACY'.

KONTAKT PLAYER COMPATIBLE
CinePerc does not require you to purchase any additional sample playback software, and is licensed to work with Native Instrument’s free Kontakt Player. Now all you need is a sequencer like Logic, Cubase, Digital Performer, LIVE, or Pro Tools, and you’ll be up and running.

RE-MAPPING
The entire line of CinePerc instruments have been remapped in order to create a consistent and intuitive layout for the user. Non-chromatic instruments have now been centered around middle C on the keyboard, so the user knows instantly where to begin upon loading a new instrument and playing. Other small tweaks have also been added for ease of use, such as several instruments being split out to their own patch for clarity sake (for instance different mallet types, different snare drums, etc., now each have their own patch).