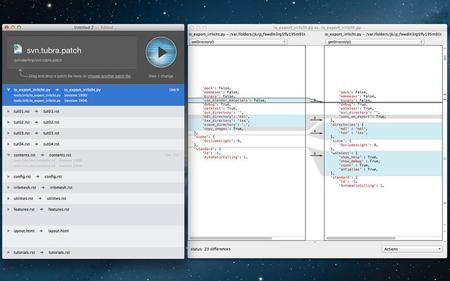 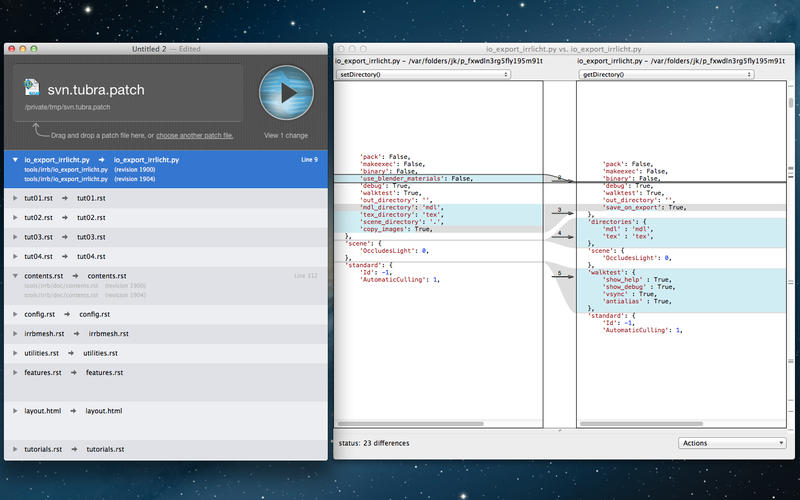 Diff output in traditional, context and unified formats from a range of command-line source control tools such as Git, Subversion, Mercurial and CVS (to name a few) is supported.

Patch Viewer can be used on the command-line to receive diff data piped into it as standard input.

Note that Patch Viewer uses only the standalone content of the patch file, without reference to the original files from which the patch was generated. It reconstructs the partial original files by filling them with blank lines, then positioning whatever content is in the patch file at the appropriate line numbers. This can result in large amounts of vertical ‘padding’, but it ensures the resultant diff displayed by your graphical file comparison tool is line-accurate compared to the original diff that generated the patch file.

What's New in Version 1.0.8
- Added support for Github patches. (Enable the "Ignore non-diff text between file diffs during parsing" preference to use this feature.)
- Fixed problem where some unified diff files were not being parsed correctly.