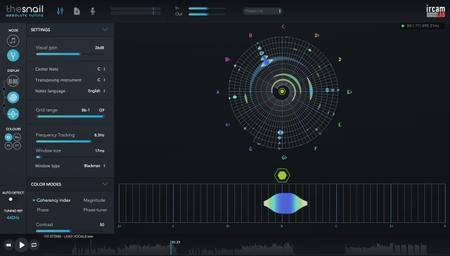 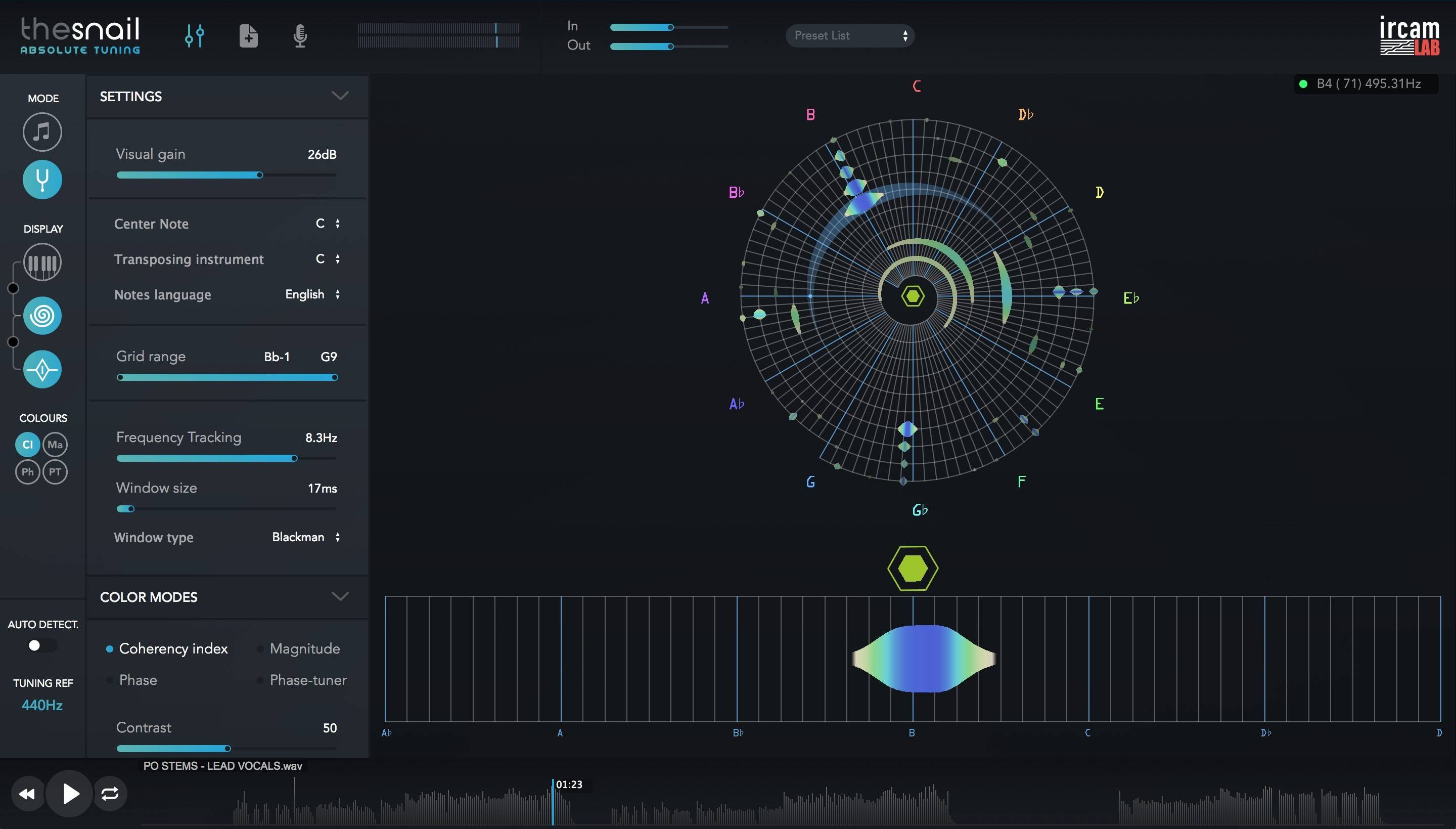 IRCAM Lab The Snail v1.2.9 WiN | 54 Mb
The Snail is a very high-precision frequency-domain analyzer that delivers an easy to understand representation of sounds based on the scales and notes aligned in spectrally active zones. It offers a new way of tuning and analyzing an instrument in an extremely accurate way, displaying intonation and visualizing music and sounds in a way that can help anyone improve their listening and innotation!

Think of a film camera turning at 24 frames per second filming a bicycle wheel turning at 24 revolutions a second, the spokes will appear to be standing still. That means, for a Fourier analysis of frequency at 439Hz compared to a tuning reference of 440Hz, the demodulated phase will turn at 1Hz (as a slightly desynchronised stroboscope makes a rotating object have a slow movement). Think of audio signals ’beating’ as there is a interference between two sounds at slightly different frequencies.

Compared to standard spectrum analyzers based on Fourier-type analysis, the frequency accuracy is enhanced by a process based on the demodulated phase. This system is based on a recent patented technology, conceived at the laboratory of Science and Technology of Music and Sound IRCAM-CNRS-UPMC.

This process has a dedicated algorithm which exploits the technology in several ways to:

1. Improve the frequency precision at an adjustable rate. Letting you fine-tune the accuracy of the Snail to get you an absolute tuning

2. Go beyond the global stroboscopic techniques used in some high-quality tuners by analyzing all the local spectral components and rendering this information in a convenient visual form. You see all the surrounding frequencies and overtones as well as the basic fundamentals.

3. Exploit the local information to deliver a new notion of tuning (available for slightly or highly inharmonic sounds) and to visualize the harmonicity quality (a “bad string” can be immediately identified or a resonance that is out of tune in your instrument, or resonances that cause some notes to be more present (ringing) than other - which might be desirable or not).

4. Extract those elements that prevent an accurate tuning from being done, like noise or speech from the surroundings which make tuning easier, without interfering with the accuracy. Filtering out unwanted frequencies are not part of the object of the tuning.