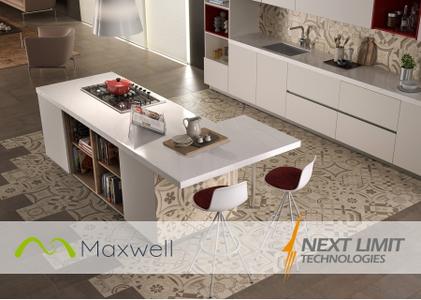 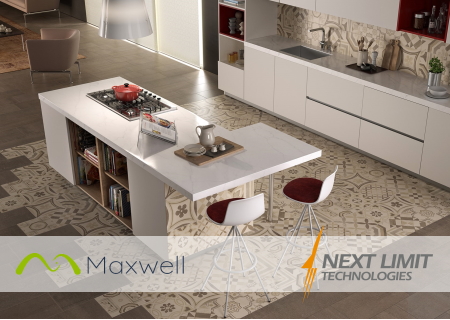 Maxwell 5 Studio 5.2.0.45 with Plugins | 12.0 Gb
Next Limit has released Maxwell 5.2, the next "Big Little Update" to its physically based spectral renderer. Striving to improve the realism quality of the render and make the engine faster and easier to use has been the aim of this latest update.

This is what is new in Maxwell 5.2

New Denoiser Implementation
The Denoiser in the new Maxwell 5.2 has been updated so that it does not need to run two passes. The Denoiser information is kept in the mxi file, the memory requirements are reduced to the minimum and new fine-tuning options are exposed. This is definitely a more solid, comfortable and easy Denoiser from the previous one.


Render In Cloud
The new cloud render service is integrated in Maxwell Studio and all the supported plugins. Just one click, and your Maxwell scene will be rendered by the fastest machines available in the cloud.


Multilight For The GPU Engine
Multilight is now available for the GPU engine and is as easy and powerful as ever. The MXI file keeps all the light information so it is possible to change the different light intensity during or after the render has finished.

Changes
- Command line parameter -denoise removed. To activate the denoiser through the command line the user must enable the denoiser channel. Example: -channel:denoiser,on,8,png
- The Denoiser image output path field has been removed from the panel as now it’s treated as any other channel; thus, the denoised image will be saved next to the main render and with the same name plus _denoiser.
- Denoiser auto-configuration now sets Position channel in world coordinates, and Normals channel in camera coordinates by default. If the user enabled any of those channels, denoiser auto-configuration will respect the channels’ configuration set by the user.
- The Denoiser will be applied in “preview quality” for intermediate SLs until SL 12. For SL 12 and beyond the denoiser runs in “final quality”, as well as for the last denoiser update when the render ends, no matter the final SL.
- Default Priority set to “Below Normal”.
- The mximerge application -coopdenoiser command-line flag has been removed.
- The Draft engine disables extra-sampling and continues instead of failing when extra-samping is enabled.
- Process Priority becomes an application setting, still overridable by command-line parameter -p or -priority
- Deprecated command line parameter -channels removed.

Fixes
- Wrong data issues with TIFF images and LZW compression on Linux and Windows platforms (including Maxwell Cloud nodes).
- Maxwell Render never ended in nogui mode if the denoiser was active, and a forbidden denoiser parameters combination was set by mistake in the MXS: auto-configure:fast + shadow-denoiser:on.
- BSDF blending proportions of materials could not be accurate when the material was applied to an object with object opacity different than 100%.
- Intensity correction was not correct for some additive materials.
- Crash with reflectance channel + material with reflectance textures with no tiling.
- The License Activator on Mac was copying the floating licenses in the wrong folder.
- (MacOS only) Quicklook had a memory leak.
- In FIRE CPU (CPU Draft engine) Spot Lights in projector mode were not working.

New Features
- NVIDIA Ampere graphics cards support.
- Multilight is now supported by the GPU engine.
- Multi-GPU dynamic balance. Less samples are expected from cards that had less performance in past rendering passes.
- Emitter + BSDF now works in GPU. It is restricted to one emitter per material.
- Samples rebalance: Threads of one pixel can help other pixels if they need to. This helps that the image sampling level is more homogeneous. This can make that, in some scenes, Maxwell will require more time to reach the same SL, but more complicated parts of the image will have less noise at the same SL. Also, less computing power will be invested in easy parts, like the sky. In general, the computing power will be used more efficiently.

Improvements
- Speed improvement in multi-gpu.
- Improved the way in how certain calculations are done within the GPU engine that should help minimize certain precision issues regarding two surfaces being too close to each other and far away from the camera. (i.e. putting an emitter too close behind an AGS could make the rays skip the emitter if they are far from the center of the scene).
- Render Region and Blow-up Region are not supported in the GPU engine, now the region is reset to Full Frame before the render starts.

Fixes
- GPU statistics did not show correct render progress.
- GPU stopped at a much higher SL than requested.
- GPU crashed when having more than one emitter per material.
- GPU ghost bsdf (Transmittance white + Nd = 1 + K = 0) was rendering as opaque if the material had more than one bsdf and the attenuation was set to 1 nm.
- BSDF blending proportions of materials might not be accurate when the material was applied to an object with object opacity different than 100%.
- Intensity correction was not correct for some additive materials.
- MXI files generated by the GPU engine could not be merged.
- Tiling X or Y with global map did not work properly in the GPU engine.
- Maxwell froze with instances to nulls with emitter materials.
- The GPU engine couldn’t find some textures on some pack & go conditions.
- The GPU engine could crash using multi-gpu with IBL on consecutive renders with different resolutions.

Improvements
- Improved the readability of the text fields when editing them.
- When activating the material preview auto-update, the preview is refreshed (FIRE will be stopped to avoid conflicts).
- UI minor improvements.

Fixes
- Crash with random uvs extension and displacement.
- The Global map did not show properly in the viewport.
- The Lat-Long Stereo camera creation triggered an error: “separation_map.png” not found.
- The Fish Stereo camera creation triggered several errors: “separation_map.png/turn_map.png” not found.
- FIRE did not update properly on Lat-Long/Fish Stereo parameters change.
- Studio installer was not able to detect and uninstall a previous Maxwell Render installation.
- Channels Output Mode “Separate/Embedded” option was not being written to the MXS file.
- Random crash starting Studio on macOS.

New Features
- New Substance Designer assistant. It allows loading .sbsar files and editing their parameters directly from Maxwell. The material is automatically translated internally to a Maxwell material or you can permanently convert it to a Custom Maxwell material.

Improvements
- The Cloud jobs now show in the Name field how many renders it has.
- Cloud jobs rows with one render show the current/target SL data of the render.
- The Maxwell Cloud ignores Search Paths in the MXS to improve dependency search time.
- Cloud job wizard now allows the user to set channels in the render parameters panel.
- The Network Monitor shows a “New Version” message on Maxwell Cloud updates when the user logs in.

Fixes
- Cloud job resolucion with locked pixel aspect was not taking into account the original output resolution of the scene and used 4:3 always instead.
- Linux: Wrong file type filter on missing dependencies dialog when sending a cloud job.
- There were some missing render parameters in the network job wizard UI: Render Engine, Motion Blur, Displacement and Dispersion.
- The user couldn’t log-in in Maxwell Cloud through Network Monitor if the password contained the character “%”.

Maxwell | Studio is a sophisticated independent scene editor with a full 3D environment, offering an alternative workflow for those Maxwell Render users that work with 3D or CAD applications that we do not currently offer a plug-in for.

It is also useful as an MXS editing tool – an MXS file generated by any plug-in currently offered by Maxwell can be imported into Maxwell | Studio. For example if your scene is not rendering as intended, usually the most efficient way of seeing what is wrong is opening the MXS in Maxwell | Studio and checking that the scene has been exported by the plug-in (cameras, materials, geometry, etc.).

Rendering in Maxwell is available for any 3D platform thanks to Maxwell | Studio. You can export your models in any of the compatible formats, import them in Studio, and there adjust the cameras, assign and edit materials, set up the environment and lighting, and launch the render.

The New Maxell 5.2 is a great lighting engine for designers, architects, and artists from any industry. The 5.2 release overhauls the software’s render denoiser, which is now implemented as a channel within Maxwell, reducing memory overheads, and exposing new control parameters, shown in this video.

In addition, Multilight now runs on the GPU engine, while the GPU engine itself now natively supports Nvidia’s new Ampere GPUs, including the GeForce RTX 30 Series and RTX A6000.

There is also a new Substance Designer assistant along the lines of the Substance Painter assistant added in 5.1, this one automatically translating procedural materials in .sbsar format into Maxwell materials.

Next Limit was founded in 1998 by engineers Victor Gonzalez and Ignacio Vargas with a common vision of developing cutting edge simulation tecnologies. RealFlow was the first product released. In the following years new products came to life, such as: Maxwell Render, CaronteFX and XFlow CFD. In 2018 Victor Gonzalez became the sole owner of the group, expanding the company portfolio toward new markets and industries. Since then the portfolio has been updated with three new solutions: Anyverse, BeGraph and RoomBox.


** System Requirements:
The minimum system requirements for Maxwell Render are as follows: