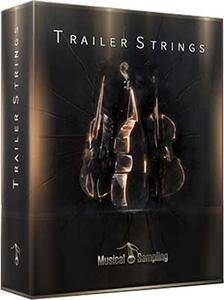 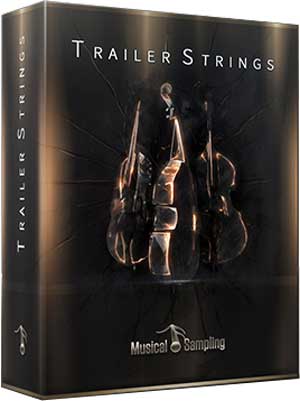 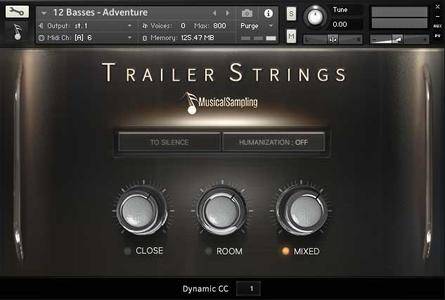 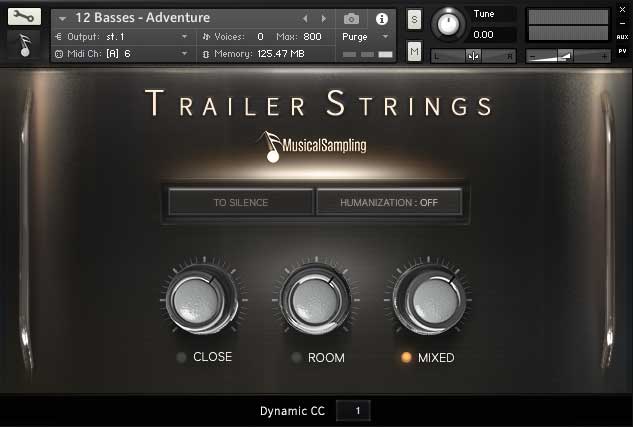 What you get is a useful array of short and long articulations, but with a size and clarity that's specifically geared towards hugantic (hugh-jan-tik), over-the-top productions. As with the brass, we really pushed the players to give us everything they had with the triple-forte dynamic. After a series of unrelenting requests demanding "MORE!" volume, the players really sailed through with inspired, bow hair-snapping performances.

What you may not expect with this release is that the dynamic range is quite wide. In addition to the fortississimo dynamic, we went all the way down to piano. Feathery spiccatos, pillowy staccatos and smooth marcatos performed a la dolce. Tasty. And the sustains? Six dynamics deep. The softest two performed sul tasto (over the fingerboard) to get that whispered, feathery tone. We've also included our "Adventure" patch programming for all four sections, a cool asset for on-the-fly, pompous string lines. Seriously, load up the basses/cellos Adventure patches, set the basses an octave down, arm both tracks and get your pomposity on. See? You're smiling.