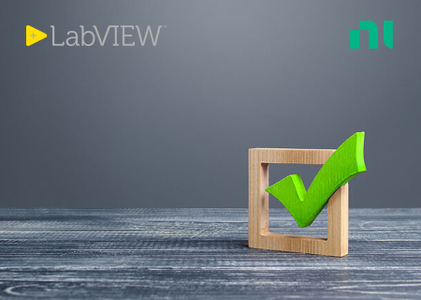 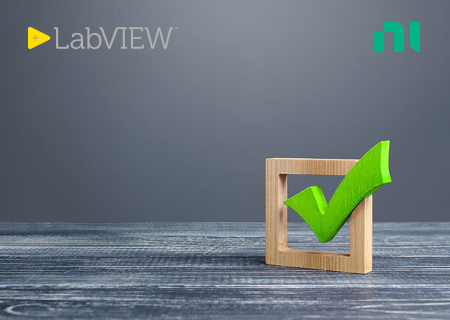 The software developer National Instruments is pleased to announce the availability of LabVIEW 2021 is systems engineering software for applications that require test, measurement, and control with rapid access to hardware and data insights.

Improvements to the Probe Display
Default probes for integer wires show the radix option in the probe display, which you can use to view data in decimal, hexadecimal, octal, or binary format, or SI notation.
SFTP Support
SFTP VIs and nodes allow users to securely interact with data and files on an SFTP server.
Python Support
LabVIEW 2021 supports Python 3.6 through 3.9 and removes support for Python 2.7.
Run When Opened
When a user launches a VI that is configured to run when opened from a disk location other than standard NI installer locations, such as the LabVIEW 20XX or National Instruments\Shared folder, the user will be prompted to choose whether to run the VI or open it in edit mode.
nicurl Uses System Certificates on Windows
nicurl uses the OS certificate store on Windows rather than its own HTTPS certificate bundle.
OS Support
LabVIEW no longer supports Windows Vista/XP/7/8.x, Windows Server 2003/2008/2012, or any 32-bit Windows operating system.
Hidden Controls
You can choose to show hidden controls while editing by selecting Edit»Show Hidden Controls While Editing. Controls are still hidden at run time.
Use LVCompare with Git
You can use LVCompare with Git to diff VIs. You no longer need a wrapper script to convert paths from relative paths to absolute paths before passing them to LVCompare.
Improvements to Workflow for Comparing VIs and VI Hierarchies
When comparing VIs or VI hierarchies, you can filter out various types of diffs interactively. Previously, you had to specify filters prior to launching a diff and had to relaunch the diff to change the filters. These filters include attributes, front panel changes, including changes in object position and size, as well as functional and cosmetic changes on the block diagram.
Image Depth for GetImage and GetImageScaled Methods
The GetImage and GetImageScaled methods now support a 32-bit image depth.
Call MATLAB Functions
Use the MATLAB functions to call MATLAB® code from LabVIEW.
Named Tuples Support
When using the Python Node you can marshal clusters to named tuples so you can reference tuple items by name.
VI Names Listed in VI Abort Dialog
When closing a project, deleting a target, or quitting LabVIEW, if user VIs are running, LabVIEW informs the user which top-level VIs will be aborted as part of that operation.
Improved Wire Routing
When drawing a wire between terminals, auto-routing leaves space between the wire and any unwired terminals so that you can wire the lower terminals without crossing wires.


LabVIEW 2021 Bug Fixes
316382 607411 When using a LabVIEW-built .NET Interop Assembly in an ASP .NET application, the first call to the assembly will return a NullReferenceException
Workaround:
The exception only occurs on the first call to the assembly, so using a try-catch block to handle the exception will allow subsequent calls to behave normally.

1210828 Crash When Using Array Size Inside For Loop That Indexes a Set
When running a VI that iterates over a Set of Arrays with a For Loop and uses the Array Size function on an element, LabVIEW will crash. If you save the VI, then LabVIEW will crash when loading the VI.
Workaround:
Convert the set to an array before operating on the elements. Fixed in the LabVIEW 2019 SP1 f4 Patch.

1249120 Crash if Variant to Data Processes ActiveX Data and the Output Is Not Wired
Workaround:
Fixed in the LabVIEW 2019 SP1 f4 Patch. 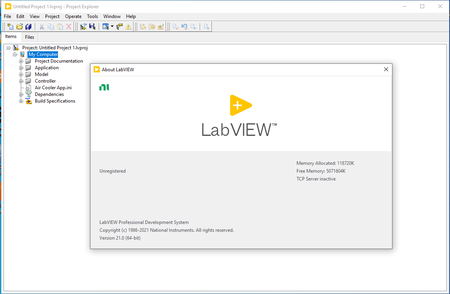 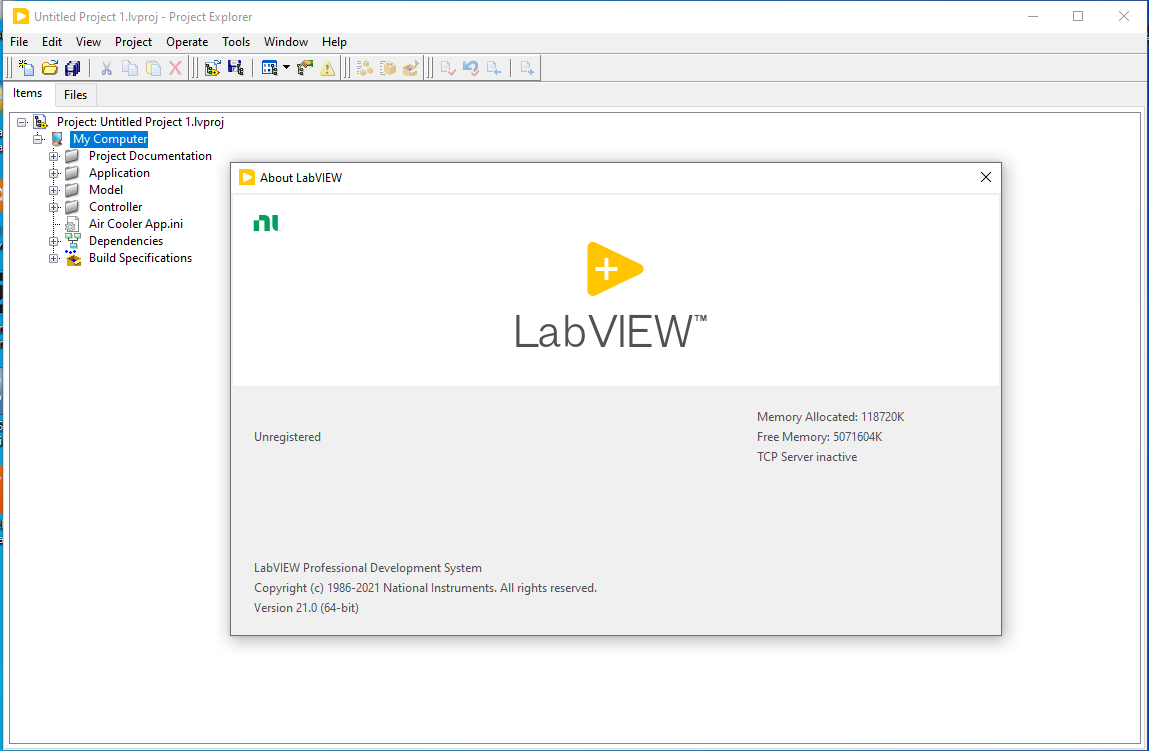 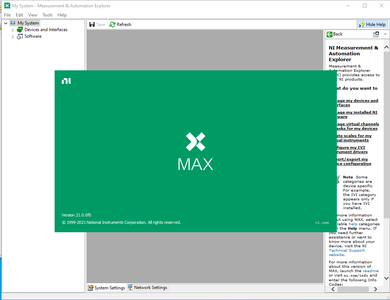 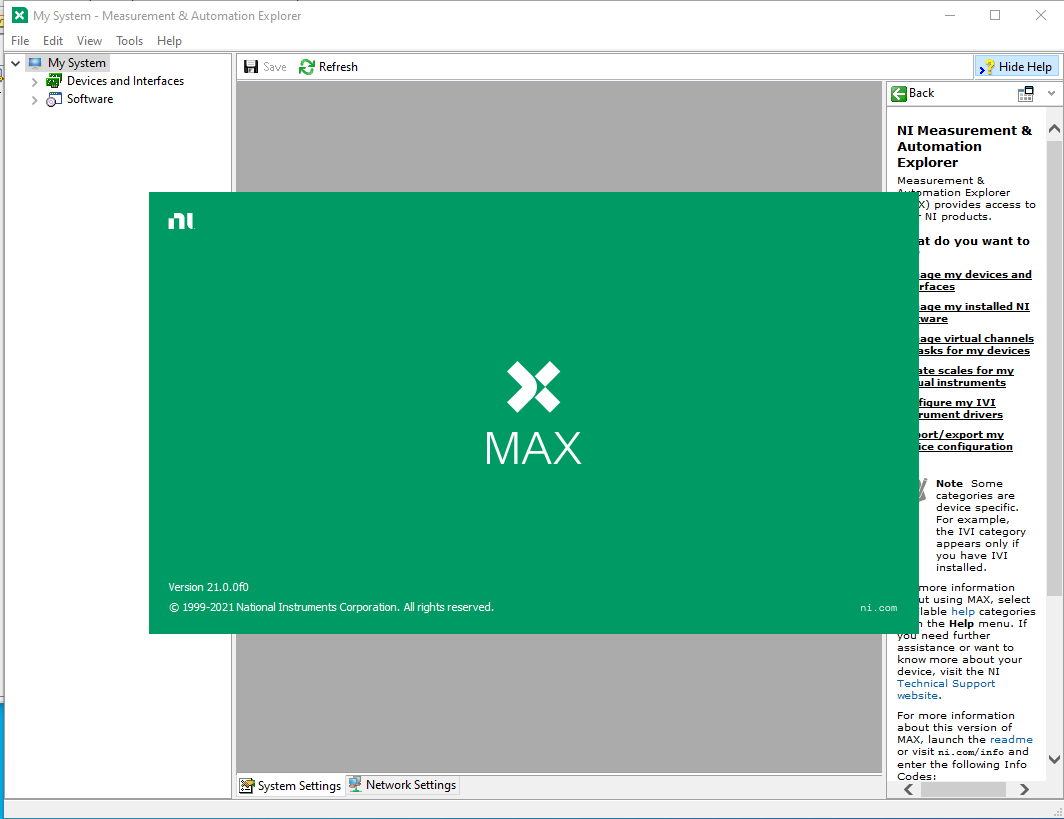 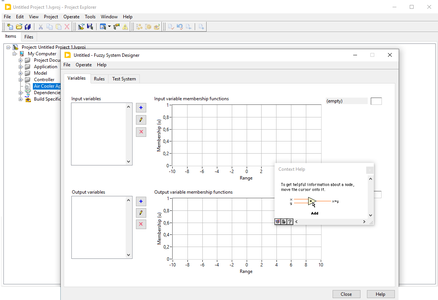 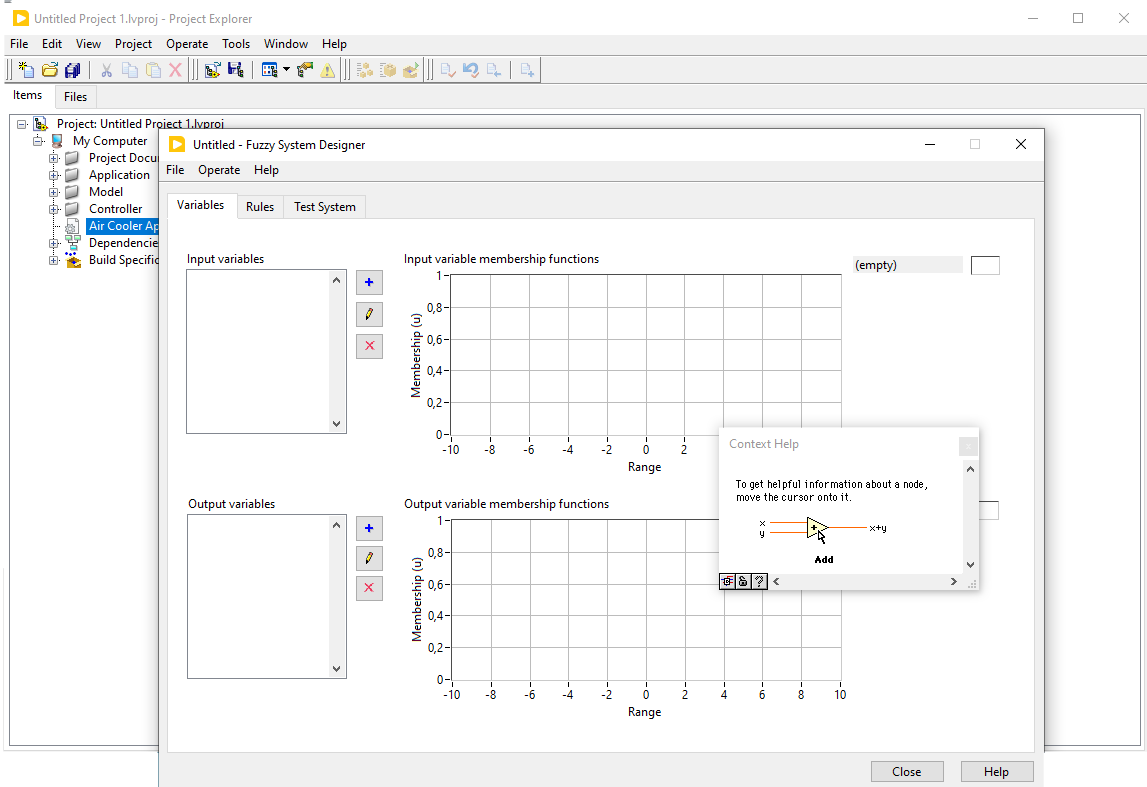 LabVIEW (Laboratory Virtual Instrument Engineering Workbench) is a graphical programming language that uses icons instead of lines of text to create applications. In contrast to text-based programming languages that use instructions to determine the order of program execution, LabVIEW uses dataflow programming. In data flow programming, the flow of data through the nodes on the block diagram determines the execution order of the VIs and functions. VIs, or virtual instruments, are LabVIEW programs that imitate physical instruments.

LabVIEW is a vital part of our expanding software portfolio. To build on the success of LabVIEW, we developed the NXG Platform which has enabled an entirely new set of offerings such as the NXG Web Module, SystemDesigner, FlexLogger, InstrumentStudio, VeriStand, and Digital Pattern Editor. You’ve told us there’s tremendous value in these NXG-based solutions, and we agree.

We also built a new product, LabVIEW NXG, based on the NXG Platform. While your feedback has been positive and there’s been excitement about what you’re seeing in LabVIEW NXG, you’ve also shared with us some of your concerns around migrating to an entirely new LabVIEW product. And although we’ve mitigated some of these issues, we agree and want to empower you to focus on addressing your future test and measurement needs.

That’s why we’ve decided to take the following steps:

We will integrate the strengths of the NXG platform into our LabVIEW 2021(+) codebase, which will result in the best of both worlds. This means centralizing our investments in LabVIEW in a way that enables us to deliver even more value to LabVIEW users in the years ahead.
We will continue to advance our NXG-based portfolio of solutions such as the NXG Web Module, SystemDesigner, as well as our expanding suite of configuration-based products such as FlexLogger and VeriStand. As part of this commitment, you can expect to see the NXG Web Module and SystemDesigner integrated into other parts of our portfolio.
We will cease development efforts on LabVIEW NXG and release the final version - LabVIEW NXG 5.1 – in 2021. We will not release new versions of LabVIEW NXG starting in 2022.


Since 1976, National Instruments has equipped engineers and scientists with tools that accelerate productivity, innovation and discovery. NI’s graphical system design approach to engineering provides an integrated software and hardware platform that speeds the development of any system needing measurement and control. The company’s long-term vision and focus on improving society through its technology supports the success of its customers, employees, suppliers and shareholders. 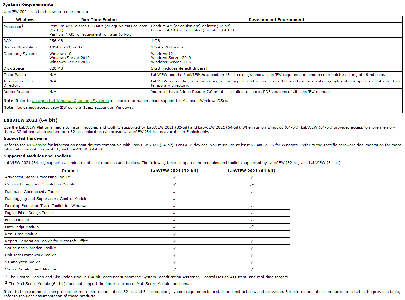 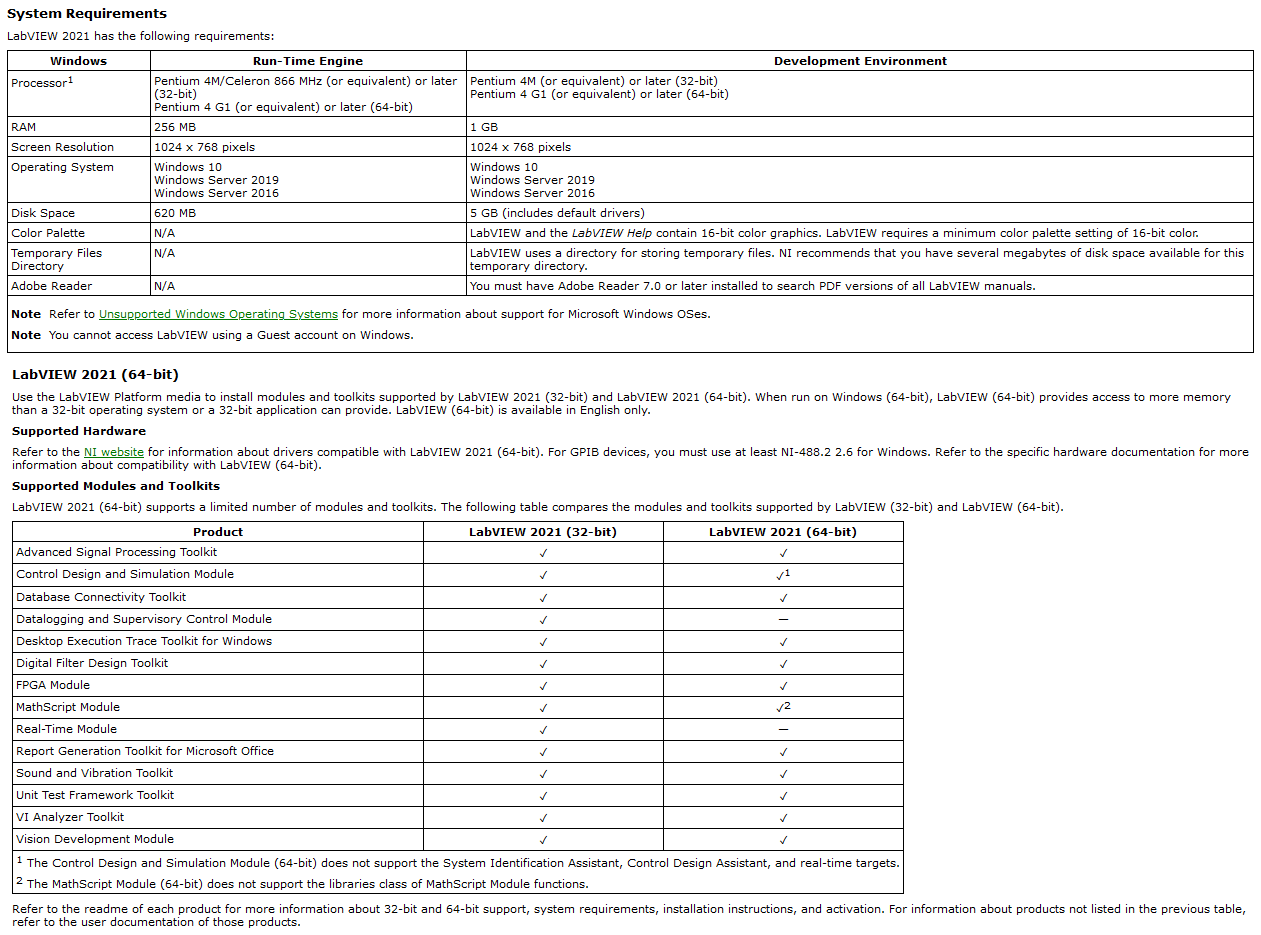